Church has no favourites in Kerala elections: cardinal 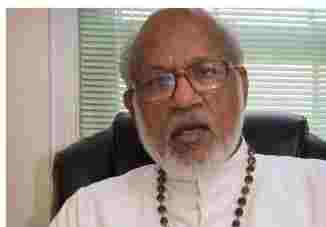 Kochi: Cardinal George Alencherry says his Syro-Malabar Church has no favorites in the upcoming state legislative assembly elections and that his Church shares the concerns of the people.

The cardinal, who heads the powerful Syro-Malabar Church, says since all parties promise development in one way or other the people have to examine carefully whether their promises benefit them and allow all levels of their life to advance.

“In the election, we have to make an option and choose comparatively better side,” the cardinal was quoted in newindianexpress.com.

Cardinal Alencherry says the Church does not dictate anyone to vote for a particular party or front. “Let the people evaluate. Church guides the faithful throughout their life. The decision is left to the community,” the 70-year-old prelate adds.

He says the Church is mainly concerned about issues pertaining to agriculture sector and life of farmers. “Since a huge number of faithful of the Church depend on agriculture, farmers’ grievances are important. The farmers want land with title deeds. They want reasonable price for the agricultural produce. Agriculture should be the top priority for any government.”

The farmers, he adds, need protection against crop failure, natural calamities and climatic onslaughts. Similarly, the Church has concern regarding teachers who have been working without salary for many years.

Asked which front or party the Church would back in the elections, the cardinal clarified that his does not pronounce any candidate or front as its favorite. “Any dictation or imposition is against the principles of democracy. We are not into party politics,” he added.

Asked about a feeling among UDF leaders that the Church did not support the government when it closed bars or when it faced bar bribe allegations, Cardinal Alencherry said the two are different subjects, although related.

“The Church had made its stand clear on liquor policy while we know nothing about the dealings between bar owners and politicians. Church stands for temperance. Use of alcoholic drinks, drugs etc make people inhuman, and brings about so many evils in society. India is the only country where the sale of alcohol is sponsored by the state,” the prelate said.

The cardinal also denied a charge the Church supported a splinter group in the Kerala Congress party led by K M Mani, a Catholic and former finance minister.

“The Church always stands for unity. There may not be a consensus among leaders within the Kerala Congress. We would never encourage split or disharmony within an organization or a political party.”

The Catholic leader agreed that India is witnessing a rising trend of dividing people along the basis of religion and caste to garner votes.

“It is a fact that the trend of communal issues being reported is on the rise. There are people with vested interests behind such incidents. I feel there are deliberate attempts to sabotage communal harmony in Kerala by dividing people on the basis of religion and caste to win the election. We should take a serious note of this trend. We are a peace-loving people and nothing should be done to disturb this scenario.”