Readers would recall the same Cardinal had contradicted and indirectly chastised Pope Francis for allowing women's feet to be washed on Maundy Thursday. He had said Priests are not obligated to wash the feet of women during the Mass of the Lord’s Supper on Holy Thursday, Cardinal Robert Sarah has confirmed. The prefect of the Congregation for Divine Worship and Discipline of the Sacraments told reporters in Rome on February 26 2016 that every bishop or priest “has to decide in accord with his own conscience, and according to the purpose for which the Lord instituted this feast.” Isaac Gomes, Asso. Editor, Church Citizens' Voice.

Pope Francis has issued a severe warning to Congregation for Divine Worship prefect, Cardinal Robert Sarah, on the issue of liturgical translations.

In a letter dated October 15 and published by the Holy See on Sunday, Pope Francis very directly corrected recent comments by Cardinal Sarah on the implementation of the motu proprio Magnum principium.

In his motu proprio, Pope Francis in effect transferred the responsibility for the translation of liturgical documents to bishops’ conferences.

Prior to this, since the instruction Liturgiam Authenticam published under Pope John Paul II in 2001, the translation of liturgical documents had been subject to tight Roman control that resulted in the Vatican imposing its own translations.

Pope Francis intended to reverse this by transferring responsibility for translations back to the bishops’ conferences, with their work henceforth only requiring “confirmation” (confirmatio) from the Holy See rather than “recognition” (recognitio) as had previously been the case.

Nevertheless, in a “commentary” on the motu proprio addressed to the pope and published on several conservative Catholic sites, Cardinal Sarah explained that the pope’s reform had not changed anything.

“The confirmatio, like the recognitio, is by no means a formality", wrote Cardinal Sarah, and the latter procedure “presupposes and implies a detailed review by the Holy See, including the opportunity for the Vatican to make the confirmatio sine qua non (conditional) on certain changes on particular points that could be required in cases where they did not meet the criterion of ‘fidelity’.”

But Pope Francis was having nothing of this. 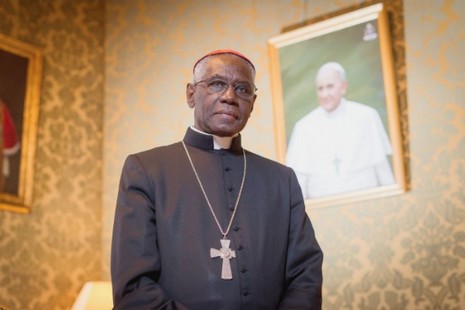 “Above all, it is necessary to highlight the clear difference that the new motu proprioestablishes between recognitio and confirmatio",  the pope wrote pointedly, adding that the new document “abolished the practice adopted by (the Congregation for Divine Worship) following Liturgiam Authenticam".

He thus clarified that it is not possible to claim that recognitio and confirmatio are “strictly synonymous.”

On the contrary, Pope Francis stated, “Magnum principium no longer requires that translations need to conform on all points with the norms of Liturgiam Authenticam as was the case in the past.”

He explained that “confirmatio does not presuppose a detailed word for word review, except in clear cases which could be pointed out to the bishops for their later reflection".

“This is also the case for important formulations including Eucharistic prayers and particularly the sacramental formulas approved by the Holy See,” Pope Francis’ letter continued.

And he added his own commentary on the word “faithfully” by means of which Cardinal Sarah intended to maintain complete control over liturgical translations.

According to Pope Francis, the word “involves a triple fidelity, firstly to the original document, secondly to the particular languages into which it is translated, and finally to the comprehensibility of the document by its target audience".

Contrary to the practice of the Congregation for Divine Worship, Francis thus allowed adaptations of the original Latin document so that the translation to be understandable.

“In this sense, the recognitio simply indicates verification and certainty of conformity into law and the communion of the Church,” insisted the pope.

He added that “the process of translation of important liturgical documents” – including the Credo and the Our Father – “should not lead to a spirit of ‘imposition’ on bishops’ conferences of a translation done by a dicastery".

While he conceded that “the recognitio was not a simply formal act", Pope Francis also insisted on “the spirit of dialogue” between Rome and bishops’ conferences that his motu proprio required.

Finally, since Cardinal Sarah’s document “was published on many websites and erroneously attributed to you", the pope “courteously” requested the prefect “to ensure the distribution of my response on the same sites as well as to send it to all bishops’ conferences".

All in all, it amounts to a complete and unambiguous disavowal of Cardinal Sarah.

The above article has been reproduced from La Croix International for the benefit of CCV readers.