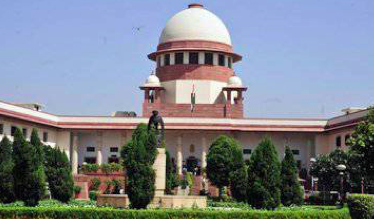 (Note: Worship rituals and practises on roads and pavements have become quite characteristic of Indian Religions. Even those temples, mosques and churches keeping a distance also compete to announce their presence through ear piercing sound systems and air breaking fire works. Our honourable Courts have ruled out many of the polluting practises. Our army of police is under heavy pressure from the public and the politicians and Court Orders are violated openly. What happened at Puttingal near Kollam in Kerala which claimed 113 lives seems to have made no corresponding changes in the Society. Every parish church has a little church somewhere in a public corner, where at least once in a year some colour and sound displays are demonstrated. Most of them are obstructions to public roads. The upcoming month, May, is the most busy days for the little churches in India, for it is the month of Mary. I hope and pray that our superiors look passionately into the verdict our Supreme Court has given and decide to restrict all holy practises ridiculously done in the midst of public places. Why should we wait for another

Order to demolish them? Minority Rights do not include right to disturb others. Remmeber that in many of the Western countries, the laws are strictly observed and nobody has ever said that it has hurt their religious sentiments. Joseph Mattappally, asso. editor)

New Delhi: Allowing unauthorised places of worship on roads and pavements of the country was an insult to God, the Supreme Court on Tuesday as it criticised state governments and union territories for taking no action to bring them down.

“You have to demolish such structures. We know you are not doing anything. None of the states are doing anything. You have no right to allow it. God never intended to obstruct path. But you are obstructing path. It is an insult to god,” a Division Bench comprising Justices V Gopala Gowda and Arun Mishra observed.

The Bench gave governments in states and union territories two weeks’ time to explain the measures it had taken to remove illegal structures from roads and pavements, Chief secretaries of states will have to be present in court to explanation why states have done nothing despite several orders by courts since 2006 if they failed to comply, the court said.

“We don’t appreciate this kind of attitude,” the bench said.

“If this is the attitude of state administrations and the chief secretaries, why do we pass orders? Do we pass orders for keeping in cold storage? If you have no respect for court orders, we will deal with the states,” the bench said.

The country’s top court was hearing the petition filed in 2006 in which directions were passed to states to remove unauthorised structures, including places of worships, from public places, reported Tribune.

It had on March 8 received a contempt petition against Chhattisgarh government, following which it had asked the state to ascertain the factual position on the basis of allegations made in it.

The court had directed all other states’ counsel to take instructions with regard to the compliance of the interim orders passed by it from time to time in this regard.

The bench in its order noted that despite the March 8 order “none of the states have filed affidavit”.