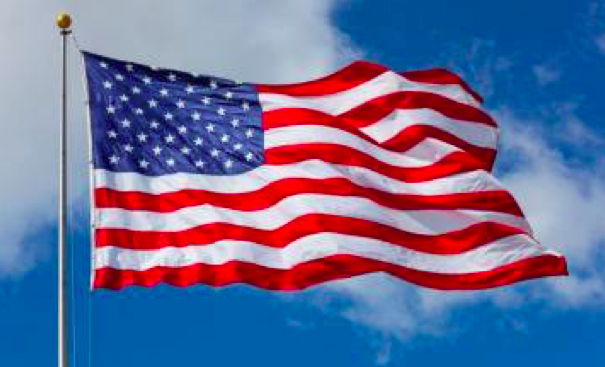 (Note: Something very special about  US election is that it is  over an year long drawn process. The purpose seems to be the Biblical advise  to   “test every thing and hold on to what is best.” In Indian elections what is long draw, is the tedious and tiresome voting process. It is here that India can take a cue from US. What is vital in any democratic election – national or regional —  is to assess, nay to grill, the available candidates in public their credentials for or against the claimants. In India while we have a plethora of parties, In US which has a two party system, Republicans and Democrats, first have their public debates.  Donald Trump and Hillary Clinton were the top contenders in each. The Iowa Caucus which concluded this debate showe up the flaws in the claims of the contenders in both the parties. Now begins the year long public  TV debates between candidates of the rival parties where they will be quizzed by expert journalists and the public. In India what happens is nomination of Yes-men of the various party bosses in Congress, Bjp, Cpm and all other parties. As a result what we have in India is a dictatorship of parties none of which has any internal democracy. The general public is left to vote, if they like it or not, for  party nominees —  most of them are corrupt to the core since parties themselves are corrupt  looters and not rulers for the common good. To change this sorry state of affairs, the first step is to make the whole country literate, second to help all to complete

primary and secondary free education, third to nonscientize them politically through visual and print media, fourth to create public opinion reaching public outburst to change the present election system – First Post Past – which always produces a minority government ruling the majority, which is not what democracy is all about. james kottoor. Editor)

For the Republicans as much as the Democrats, the Iowa caucuses have been an upsetting prologue to the US presidential elections this November. The outcome has been astonishing both for the United States of America and the country’s political class. Of course, this testifies to the resilience of democracy but the specifics nine months ahead of the elections are profoundly critical in the context of the choice/preference syndrome.

The striking feature of the Republican caucus is the loss of public support that the ebullient and unconventional Donald Trump has suffered. At another remove, Hillary Clinton has registered a wafer-thin margin ahead of Senator Bernie Sanders. Admittedly, this isn’t the last word as the country’s electoral system is a prolonged process; yet it will take a while for both the leaders and their parties to chew over the upsets.

The Texas Senator, Ted Cruz, who has pipped Trump appears to have won the support of evangelical Christians who do have an issue with the latter’s controversial takes on the entry into America of a certain religious group and other emotive issues, indeed the strained attempt to sound communal in a libertarian democracy. Trump did bare his angst on a welter of issues , but this clearly hasn’t translated into votes. No less striking, even unanticipated, has been the performance of the Senator from Florida, Marco Rubio, who has finished a strong third. He has been able to overcome the spirited counter-campaign by a section of Republicans, pre-eminently Trump, that the hard-line Cruz would almost certainly lead the party to disaster. It is hard not to wonder whether Rubio’s ranking as much as Trump’s denouement are embedded in in-house bickering. It has been a close race and unmistakable must be the fragmentation, if not turbulence, within the Republican party.

Verily, the American polity emerges as a fractious quantity. On the other side of the fence, the Hillary camp is palpably unnerved over the tight race between the former First Lady – her second shot at presidential nomination – and the Senator from Vermont, the mildly leftist Bernie Sanders, who seems determined to provide to his country a Jeremy Corbyn moment. The support base is apparent enough – Hillary’s constituency of women and the elderly and Sanders’ liberal footsoldiers who have seemingly been influenced by his strident call for what he calls a “political revolution”. Indeed, he is now in a position to argue that the Iowa result has been a “virtual tie”. It would be premature to speculate on the outcome of the Democratic convention; suffice it to register that both leaders are likely to split the share of delegates.

Across the political divide, the competition for nomination can only get sharper. This must be the dominant thought as the focus shifts to New Hampshire later this month.