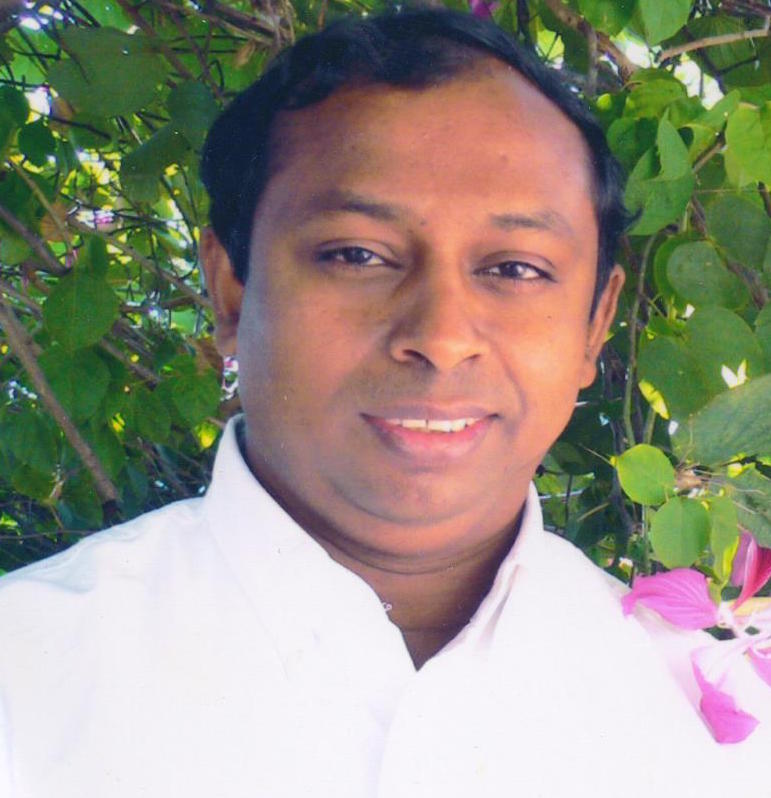 (Note: Welcome to Jose as the first batsman to kick start the season of lent with his thoughtful insights.  All of you readers are welcome with your insights. Let many flowers blossom in the Garden of CVC. Yes you have to become the change you want to bring about. To live is to change, the question is: for better or worse? The change in you and me  should become contagious, infectious in the right sense. The clarion call for Lent is that of John the Baptist: “Make straight the way of the Lord.” The reaction it produced on Pope Benedict was that he just resigned. May be he thought he would be a road-block for the onward march of Jesus. His act ushered in a Pope Francis. May be many more in the leadership role will have to imitate him to make straight the way of the Lord. One message of Lent is: “Bear the cross to win the crown” The masthead of Church citizens’ Voice loudly proclaims this message. It is not a dead Christ that we venerate, but a Risen Lord, with outstretched arms to embrace the whole of humanity, but silhouetted against the cross in the

background which he overcame. Lent should teach us how to rise  up from our failures – imitating Jesus who fell thrice carrying his cross but got up promptly all the time  – to win the crown. Followers of Jesus have to be a risen people against all odds. james kottoor, editor)

A father wanted to read the paper but was being bothered by his little daughter, Maria.  Finally, he tore a sheet out of his magazine, on which was printed the map of the world.  Tearing it into pieces, he gave it to Maria and said, “Go into the other room and see if you can put this together.”  After a few minutes, Maria returned and handed him the map correctly fitted together.  The father was surprised and asked how she had finished so quickly.  “Oh,” she said, “on the other side of the paper was a picture of Jesus.  When I got Jesus in His place, then the world came out all right.”  Lent is a time to give proper priorities to our lives, to give Jesus the primacy of place.

The season of Lent draws us into the desert with our Lord.  The disciplines of prayer, fasting, self-denial and almsgiving serve to focus our attention more acutely upon the things that really matter in this life.  Through the grace that comes throughout the forty days of this sacred season, we are to be strengthened in body, mind and soul to live out our lives in His service.

One of the main purposes of Lent is to achieve self-knowledge.  By and large we deceive ourselves.  For lack of self-knowledge we are not aware of our sinfulness.  One of the most obvious results of sin in our lives is that we find it very difficult to face honestly our own sinfulness.  During Lent, we focus on our emptiness, our need to be one with God.

Lent is a season when we try to recall in a special way the suffering that Jesus endured for our sins and to do penance for the sins that caused his suffering.  It is a season of grace and time for our spiritual growth.  During lent we concentrate attention not only on the passion and death of our Lord Jesus Christ but also of his resurrection.   Jesus absorbed suffering by redemptive atonement.  He converted pain into a sacrament, a sacred sign of future hope and fulfillment.  In Christianity, suffering is intimately connected with a correlative: glorification. Lent is not merely a sorrowful season but also a joyful season.   The Cross was an intrinsic necessity of the historical mission of Jesus.  He wholeheartedly accepted and proved that he indeed was the Son of God.

During the season of Lent we often hear the word ‘repent’. Perhaps it reminds us of John the Baptist’s shouting for people to repent and be baptized?  What does the word “repent” mean anyway?  Literally, it means to stop the way one is going, turn around, and then walk in the opposite direction.  It refers to turning away from sin and shallow living and to begin walking through life following God’s direction.  Lent, which begins on Ash Wednesday, is an opportunity to check our spiritual condition, and to walk more faithfully with our Lord.  If we take Lent seriously, we can begin to discover a new vision for life – a more joyous way to live.  Lent can enable us to discover the immeasurable benefits of living our Christian lives passionately and ardently.

People who connect penance with a glum face have a false notion of the life God wants us to live.  Jesus says, “I came that you may have life, and have it in all its fullness.”  Jesus never says, “I came to make your life miserable, because my commandments will spoil all your fun.” Lent is the time to improve our style of love and beautify ourselves by doing it.

Forty days is a sacred tradition in Holy Scripture.  The Lord asked Moses to come up to Him on the mountain, Moses was to prepare himself for receiving the Ten Commandments for the instruction of his people.  Moses stayed on the mountain, in the company of the Lord for forty days.

Elijah fled for his life from the jealous queen, Jezebel, who had promised to send her soldiers to kill him.  Elijah came exhausted to the desert, begging God to let him die.  But the Lord sent food and water to Elijah, and in the strength of God’s food, Elijah survived forty days and reached the mountain of God.  After his baptism, Jesus was led by the Holy Spirit to the wilderness, where He fasted and prayed for forty days. So too the forty days of Lent, is chance to repent and come personally closer to God as Moses and Elijah did.

While Lent is about giving something up (i.e. fasting), it is also about putting something positive in its place. The best way to remove vice is to cultivate virtue

Lent invites each one of us to a journey of liberation from the slavery which torments and troubles us.  Our triune God stands before us.  He gives us a new heart to enable us to experience hardships, sufferings, in a salvific way for love of him and our brothers and sisters.   But we know from the scriptures that suffering is not the end. “On the third day he will be raised” (Mt 20:19).  Beyond the suffering there is the glory.  Beyond the cross, there is the crown.  Beyond the defeat there is the triumph.  Beyond death, there is life.

We go away from God as the prodigal son did when he committed sin.  When we commit sin we do the same as did the prodigal son with regard to every good that is in us, that we have received from God.  Sin is always squandering the goods God has given us.  Sin is using them for our selfish motives.   The focus of Jesus’ preaching, teaching and healing is on “compassion towards the sinners.”  The parable of the prodigal son proclaims the compassionate love of the Father.  The lost son finds acceptance and solace in the loving embrace of his father.  In the embrace of the father he feels secure and assured. The father interrupted the lad’s prepared little speech and ordered the servants to reinstate him in his former position as his beloved son.  The father was not  interested in his son’s motives for returning.  There was no legality involved but pure love.  Ultimately the love of the father won over the sinful living of the prodigal son. The son realized the fact that the only place he would find warmth and food was back in his father’s house.  So he swallowed his pride and decided to go back. Yes, love conquers all while anger and revenge only destroy.  The season of Lent is a season of home-coming.

The season of Lent is time to recall our identity as sons and daughters of God made “bearers of the light” by our baptism into Christ Jesus. Lent is the time for a decisive battle against all that is evil.  It is a time to turn pride into holiness, cruelty into discipline and affectation into affection.