THE KICK THAT TICKLES THE BULLIES – George J. Poozhikala 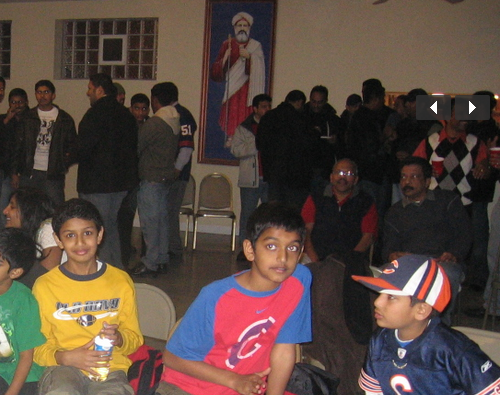 The Knanaya Fundamentalist group are upset over the principled stand taken by Archbishop Bharanikulangara disallowing racist practices in Faridabad Diocese.  We had a meeting with him last July when he visited Chicago. He was very clear in his stand and offered his help for us to have a meeting with Vatican authorities. Certainly our detractors were unhappy. So they were waiting for an opportunity to attack him.  Through some of  the blogs they posted some unpleasant comments and cheap attack on him.  This is a reply to such attacks.  Jose Kalliduckil (Chicago).

THE KICK THAT TICKLES THE BULLIES

It appears to me that Mrs. Achamma Varghese is the latest 'kick' that tickles the Knanaya bullies of Klu Klux Klan trait  who stumble on an identity crisis.A bully by definition is a coward who victimize and torture the weaker ones in an establishment that threatens the coward's hidden agenda. A bully does this to mask the coward (bheeru) in him, dormant in the subconscious and the fear that intimidates the bully to confront the powerful heavy weights who makes up the foundation of the threat that would rupture the bully's hidden agenda. The innocent victim of the Knanaya bullies is His excellency Mar Bharanykulangara- one of a kind among all the Syro Malabar Church bishops who showed an exceptional courage to point out the embarrassing adulteration of Christianity that has been going on in the Catholic Diocese of Kottayam. His Excellency Bharanykulangara proved to be exceptional among his own kind in enforcing the spirit of Jesus' gospel by exposing the 'untouchablity' insanity in the Knanaya endogamy expulsion and the disapproval of its practice in His Excellency's Diocese.

The endogamy fundamentalists of the Knanaya Community fit right into the definition of a bully because;-  The disapproval of the endogamy expulsion duracharam of the Kottayam Diocese  originated from the  ecclesiastical chiefs of the Vatican- the ultimate authority on the issues on morality and faith within the Catholic Church. (According to the SMC catechism instruction, loyalty and obedience to the Vatican decisions on morality and faith are final and mandatory for all the congregations  which include all the Bishop including the  Bishops of Kottayam Diocese. Any one who violates this is guilty of heresy).

– The said disapproval exists and a global rejection of the endogamy expulsion  continues  irrespective of the approval or disapproval of Mar Bharanykulangara.

–  Objection of the Vatican to the endogamy expulsion had its beginning even before Mar Bharanykulangara became a Bishop.

–  It is the Vatican, not Arch Bishop Bharanykulangara, which declared a global ban on allowing any more endogamous Dioceses, and parishes out side Kerala.

–  Long before Mar Bharanykulangara's objection, in 2001 Bishop Patrick J. McGrath of San Jose condemned the Knanaya practice of endogamy expulsion  because of the "racism and classism it conceals according to Bishop Patrick.

– On top of the above listed profound and solid numerous ecclesiastical objection to the Knanaya practice of endogamy, Supreme Court Justice K. T. Thomas, Arch Bishop Mor Kurillos, and to top it all The High Court of Kerala condemn theDiocese of Kottayam "guilty of violation of human rights, rejection of Christ and denial of  natural justice that the Indian legal system guarantee".

None of the above mentioned bullies ever attack, abuse, torture or persecute any of the preceding heavy weights who openly condemn reject and initiated  the disapproval  and elimination of the Knanaya practice of endogamy expulsion. But Mar Bharanykulangara is the almost only accused for the contempt and disapproval of the Knanaya practice of endogamy expulsion. His Excellency is the only victim picked for persecution by the Knanaya bullies, though he is only enforcing the decision of the Vatican (The Congregation of the Oriental Churches). Obviously Mar Bharanykulangara as an Arch Bishop and a Malayalee holds a weaker position in the Church hierarchy compared to the rest of the opponents of the Knanaya endogamy. To pick on and victimize the weaker to persecute and to fake heroism is a typical bully behavior. Every Knanaya fanatic who isolate and hi- lite Mar Bharanykulangara as the sole perpetrator of the global disapproval of the Knanaya endogamy fundamentalism is an intimidated bully who fakes bravery to conceal his fear of authority.

These Knanaya bullies are also repeating history which is another realization of Jesus' prophesy.  "Then they will hand you over to  persecution, and they will kill you. You will be hated by all nations because of my name. And then many will be held into sin; they will betray and hate one another. Many false prophets will arise and deceive many, the love of many will grow cold…" ( Matthew 24 9 – 12)