The Search for Christ – Mathew Idikkula 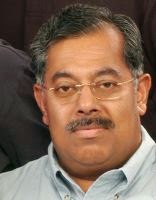 No one has moved the popular minds as Jesus Christ did two thousand years ago with his intensely practical teachings. He inspired, healed, and transformed many, and he continues to inspire millions by virtue of the tremendous spiritual energy that he left for the world. Every time we feed a hungry, nurse a sick, care for a needy, or simply chant the name of Jesus, that energy is multiplied.

Profound were his teachings; concise were his words, and yet they spoke volumes. It has been said that if the doings and sayings of this great master had all been written down, it would be enough to fill the world!

Who was Jesus? Was he a historical person? What was his mission? Was he unique in history? These are the questions discussed here in the light of the testimonies of some great minds as well as the sayings of Jesus himself.

As the saying goes, “The tree is known by its fruits.” The best critique on the life of Jesus is his own life; which reveals that he was no ordinary being. He was indeed an avatar—a divine incarnation in human form, using his body for the good of humanity; that was his only connection with this world. Listen to his own words, “ye are from beneath. I am from above.” “I and my Father are one.”

Naturally, Jesus had no faith in the passing life of this world. He always pointed to a “higher life, not this life.” Jesus never entertained any physical ideas in him. Neither did he have any family ties, unlike us humans. Listen to this passage from a lecture on Christ that Swami Vivekananda gave at Los Angeles in 1900: “He had no other occupation in life, no other thought except that one that he was Spirit. He was disembodied, unfettered, unbound Spirit.” In short, Jesus had nothing to call “me” or “mine.” He was perfectly selfless. He was the ideal.

There have been many who have taken Jesus to be a historical person. How can we drag an ideal down to the human level? The best tribute we can pay him is to worship him as God only. Consider John’s gospel statement where he makes it clear that the same word that was “in the beginning,” and “was God” was made flesh in Christ—meaning that Jesus was not merely a man born to Joseph and Mary, but he is the eternal Truth, one with the Father. This is further validated by Jesus himself: “Before Abraham was, I am.”

Why did Jesus descend into this world? In fact, Jesus testifies in his own words the purpose of his mission,“Think not that I am come to destroy the law, or the prophets: I am not come to destroy, but to fulfil.”

The law, the eternal truth of religion preached by prophets before, already existed in the Jewish faith. Jesus came to galvanize humanity with a new interpretation, a new vision. That’s all. And in doing so, he was merely upholding the eternal spirit of the Jewish faith.  More precisely, Jesus came to show the path to salvation.To fulfill his mission, Jesus taught extensively with the sole intent to instill a true spiritual sense among the people so that they are better positioned to strive after the truth of God.

It is a fact of history that Jesus was a divine incarnation; but it is also a fact of history that there were other incarnations as well. Rama, Krishna, Buddha, and Sri Ramakrishna were divine incarnations with identical teachings. Those who regard that Jesus was unique in history base their belief mostly upon this statement of Jesus, “I am the way, the truth, and the life: no man cometh unto the Father, but by me.”

But when we study other incarnations, we find similar statements from them too. For instance, Krishna says: “I am the goal of the wise man, and I am the way.” “I am the end of the path, the witness, the Lord, the sustainer. I am the place of abode, the beginning, the friend and the refuge.” Similar statements can be traced to Buddha as well.

The problem comes when we are swayed more by a literal interpretation of the letters than by their deeper spiritual meaning. Bear in mind that whenever the incarnations use the words “I” or “me,” they are not asserting their ego but their divinity only, which is one with the Godhead. Of all the incarnations, none have ever implied their personality with such words as “I” or “me.”

Now the question remains: why would God descend as man more than once?For the answer, let us turn to Bhagavad Gita where Krishna says: “Whenever virtue subsides and immorality prevails, I make myself a body. For the protection of the good, for the destruction of the wicked, and for the establishment of Dharma, I come into being, in every age.” Accordingly, all the incarnations appeared on the world stage at a critical point in time. Most important, it is always the same supreme Spirit that empowers all incarnations, regardless of the place or the age of their appearance.

Every incarnation, therefore, becomes the way, the truth, and the life. He who came as Rama, as Krishna, and as Buddha, came as Christ, and later as Sri Ramakrishna. When we worship one, we worship the other as well. For they are all different manifestations of the one supreme Truth, like one wine in many bottles.We canapproach the supreme Truth only through one of its manifestations. We seek the Father through Christ. Ultimately, the search for Christ is the search for the Father—the supreme Truth

It is my understanding that you are part of an active reform movement that takes aim at reforming the Catholic Church. It is true that  the Church, Catholic or Protestant, has been in the business of  misguiding the faithful right from the beginning with wrong teachings. Not only that, the Church has also sanctified its peculiar teachings by conveniently attributing them to Jesus Christ, all of which with the sole intent to establish its power and authority upon the masses. Unfortunately, the Church has succeeded in its endeavor. In the words of Leo Tolstoy, the Church is Christianity as we know it, not as Jesus knew it; and Christianity is nothing more than the Church. Listen to what Tolstoy says about Church in general:

The Church as a church, whatever it may be—Catholic, Anglican, Lutheran, Presbyterian—every church, in so far as it is a church, cannot but strive for the same object as the Russian Church.

That object is to conceal the real meaning of Christ’s teaching and to replace it by their own, which lays no obligation on them, excludes the possibility of understanding the true teaching of

Christ, and what is the chief consideration, justifies the existence of priests supported at the people’s expense.

The Church has always been the villain, and it continues its long reign unbending, while its vices flourish unabated. We can’t blame the Master, Jesus Christ, for this conspiracy. He came, delivered his message, and departed. But the believers are left in a dilemma where they find it a huge task to sort out the genuine teachings of Christ from an equally huge mess of dogmas and doctrines that the Church has fabricated for the faithful over the years.

I am attaching an article that I believe could possibly remove at least few of those misconceived notions from the minds of the faithful. If you believe that the article justifies my claim, you may post it in your Almayasabdam. If you do, please let me know. Thanks for reading my article. It’s a short one since no body reads lengthy articles anymore. Wishing you both a merry Christmas and a happy New-Year.