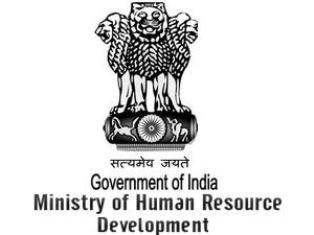 Nagpur: If the federal government has its way, most schools in India may have to remain open on this Christmas.

The Bharatiya Janata Party government wants schools under the Central Board of Secondary Education (CBSE) to carry out various activities, such as an essay competition, so that students’ participation increases.

Although CBSE has not communicated this to its affiliated schools yet, the federal government-run Navodaya Vidyalays have issued a circular to their schools. The Navodaya schools operate in rural areas on the lines of Kendriya Vidyalayas, and are affiliated to CBSE. The Navodaya circular says CBSE will be organizing an essay competition on December 24 and 25, the topics for which will be declared on December 23.

While there won’t be a Christmas holiday for Navodaya schools, the central board hasn’t given any direction to private CBSE schools yet. It is also not clear whether staying open on Christmas would be mandatory for such schools.

A senior CBSE official told The Times of India that asking schools to remain open on Christmas Day would be tricky, especially if they are Christian schools. “I have been told about December 24 and that is still being worked out. Schools have not been informed anything yet,” the official added.

Adhering to the ministry’s plan would throw the schools’ vacation schedule off-course. Almost all CBSE schools in the country start their winter vacations from either December 23 or 24. CBSE is expected to make an announcement on the matter soon.

Another senior CBSE official said conducting just the essay competition might not require schools to remain open. “As the format of our ‘expression series’ gives the option of submitting essays online, this vacation issue can be resolved. But if something more, like on-ground activities, has to be done then it is going to be a problem,” he said.

A school principal from Nagpur expressed concern that the HRD ministry’s plan would be unfair to students belonging to the Christian community. “The day has religious importance which will be inconvenient for Christian staff and students,” said the principal.

Some other principals said the contest was wrongly timed. “The schools will close for Christmas vacation from December 24 or earlier. The students will be busy with their plans for the vacation and participation may be very low. The government could celebrate the day on December 25 but contests for the schools should have been scheduled earlier to avoid a clash with the festival and vacation,” said a CBSE school principal, on condition of anonymity.

It also discriminated against a minority community since December 25 was the most important day of the year for Christians in India and across the world, he added.

Schools will be able to submit their best performances both online and offline. Best 36 entries will be awarded 2,500 rupees and a certificate.