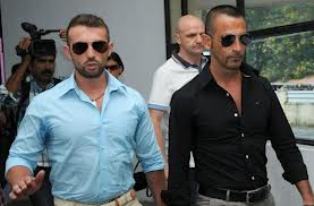 The Supreme Court on Tuesday denied Massimiliano Latorre permission to remain in his country for two more months.

The marines were part of a military security team on an Italian cargo ship and fired at the fishermen, saying they mistook them for pirates.

The case has sparked a bitter row between the countries.

Latorre has been in Italy since September undergoing medical treatment. He wanted permission to stay in Italy for a further two months.

Gironne says his children are suffering from post-traumatic disorder due to his long absence.