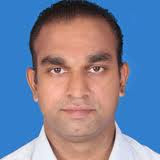 After nun, former priest writes a tell-all book on sexual exploitation
Shaju Philip : Thiruvananthapuram, Wed Sep 01 2010, 01:30 hrs
Barely a year after a former Catholic nun wrote in her autobiography about the suppressed sexual life and draconian rules within the convents, a former Catholic priest has come
out with his own experiences of homosexuality at seminaries, sexual misconduct of priests, lack of transparency in money matters and the unfair approach of superiors.

In his 160-page book, Here is the heart of a Priest, K P Shibu Kalamparambil has written about life he had had to lead as member of the Catholic congregation Vincentian for past 24 years — 11 years as priest, 13 as seminarian.

The 39-year-old former priest left the Catholic order in March 2010, and flew to Doha where he joined as a teacher with an Indian school. A native of Angamaly near Kochi, Shibu has found his leave period to release and distribute the book. “I have faced stiff opposition from the Vincentian congregation and my family alike when I broached the idea of publishing my story.”
His book is an open letter about alleged sexual anarchy of priests, injustice meted out to members and mismanagement of resources at a Catholic order. “Three times I had met with road accident. As my Congregation failed to support me, I had to meet the hospital bills on all occasions.”
“While working as a teacher with the Congregation-run educational institution in Kasargode, I had to face agitations from student outfits. The Congregation did not come to my rescue. When a priest is insulted continuously…, what is the logic in the Church saying that he should suffer everything for Jesus?”
On his early days at Papal Seminary in Pune, Shibu alleges he was sexually abused by senior seminarians. “Homosexual relations were rampant in seminaries. The victims had to suffer silently. If they complain…, both the accused and the victim would be shown the door. Hence, succumbing to the urges of the seniors was the only option….”
“During pastoral work, the seminarians used to travel on cycles. While moving around on a cycle, seminarians made a point to give lift to children. They (children) would be asked to tightly embrace the riding seminarian. Such acts were done with deliberate sexual intention,” he alleges in the book. “There had been incidents of senior seminarians pretending as priests and hearing confessions. ”
He alleges several priests sexually exploited widows or nuns sexually. He also alleges, “Certain priests have no qualms to divert donations from believers for their personal purposes. Church funds should be handled by government agencies….”
Shibu himself is the publisher of his work, which has only 100 copies in the first edition. “I am planning a second edition of 10,000 copies.”
Provincial-General of Vincentian Congregation Fr Paul Puthuva said he would comment after reading the book.
Fr Paul Thelakkattu, spokesperson for the Syro-Malabar Catholic Church, said: “Unfortunately the Church is one in which people like him are also living and working…. He has simply betrayed the trust of the faithful.”
In 2009, Sister Jesmy had embarrassed the Kerala Catholic Church by writing about her sexual encounters with priests in her work Amen.
Courtesy: