Many faces of slavery yesterday and today 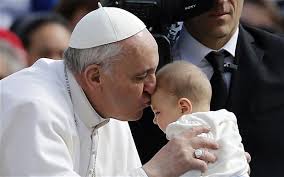 (Note: January 1st  was the world day of Peace. For the occasion Pope Francis  sent his message of peace exhorting all to help wipe  out all forms of slavery from the face of the earth. Reproduced below are two very relevant sections of his message: 1. Exposing the many faces of Slavery  and 2.his proposal to build a global fraternity as the remedy to all forms of slavery. james kottoor)

From time immemorial, different societies have known the phenomenon

of man’s subjugation by man. There have been periods of human history in

which the institution of slavery was generally accepted and regulated by law.

freedom or regain it. In other words, the law itself admitted that some people

were able or required to be considered the property of other people, at their

free disposition. A slave could be bought and sold, given away or acquired, as

if he or she were a commercial product.

Today, as the result of a growth in our awareness, slavery, seen as a crime

against humanity,[4] has been formally abolished throughout the world. The

recognized in international law as inviolable.

Yet, even though the international community has adopted numerous

agreements aimed at ending slavery in all its forms, and has launched various

strategies to combat this phenomenon, millions of people today – children,

conditions akin to slavery. I think of the many men and women labourers, including minors, subjugated in different sectors, whether formally or informally, in domestic or agricultural workplaces, or in the manufacturing or mining industry; whether in countries

where labour regulations fail to comply with international norms and minimum

standards, or, equally illegally, in countries which lack legal protection for

I think also of the living conditions of many migrants who, in their dramatic

odyssey, experience hunger, are deprived of freedom, robbed of their

possessions, or undergo physical and sexual abuse. In a particular way, I think

of those among them who, upon arriving at their destination after a gruelling

journey marked by fear and insecurity, are detained in at times inhumane

conditions. I think of those among them, who for different social, political and

economic reasons, are forced to live clandestinely. My thoughts also turn to

those who, in order to remain within the law, agree to disgraceful living and

working conditions, especially in those cases where the laws of a nation create

or permit a structural dependency of migrant workers on their employers, as,

for example, when the legality of their residency is made dependent on their

labour contract. Yes, I am thinking of “slave labour”.

I think also of persons forced into prostitution, many of whom are minors, as

well as male and female sex slaves. I think of women forced into marriage,

deceased husbands, without any right to give or withhold their consent.

Nor can I fail to think of all those persons, minors and adults alike, who are

made objects of trafficking for the sale of organs, forrecruitment as soldiers,

for begging, for illegal activities such as the production and sale of narcotics,

or for disguised forms of cross-border adoption.

Finally, I think of all those kidnapped and held captive by terrorist groups,

subjected to their purposes as combatants, or, above all in the case of young

girls and women, to be used as sex slaves. Many of these disappear, while

others are sold several times over, tortured, mutilated or killed……

Globalizing fraternity, not slavery or indifference

6. In her “proclamation of the truth of Christ’s love in society”,[9] the Church

person. She is charged with showing to all the path to conversion, which

enables us to change the way we see our neighbours, to recognize in every

other person a brother or sister in our human family, and to acknowledge his

or her intrinsic dignity in truth and freedom.

In the light of all this, I invite everyone, in accordance with his or her specific

role and responsibilities, to practice acts of fraternity towards those kept in a

state of enslavement. Let us ask ourselves, as individuals and as communities,

whether we feel challenged when, in our daily lives, we meet or deal with

persons who could be victims of human trafficking, or when we are tempted to

select items which may well have been produced by exploiting others. Some

of us, out of indifference, or financial reasons, or because we are caught up

in our daily concerns, close our eyes to this. Others, however, decide to do

something about it, to join civic associations or to practice small, everyday

gestures – which have so much merit! – such as offering a kind word, a

greeting or a smile. These cost us nothing but they can offer hope, open doors,

and change the life of another person who lives clandestinely; they can also

change our own lives with respect to this reality.

the competence of any one community or country. In order to eliminate it, we

need a mobilization comparable in size to that of the phenomenon itself. For

this reason I urgently appeal to all men and women of good will, and all those

near or far, including the highest levels of civil institutions, who witness the

scourge of contemporary slavery, not to become accomplices to this evil, not

to turn away from the sufferings of our brothers and sisters, our fellow human

beings, who are deprived of their freedom and dignity. Instead, may we have

the courage to touch the suffering flesh of Christ,[12] revealed in the faces

We know that God will ask each of us: What did you do for your brother?

(cf. Gen 4:9-10). The globalization of indifference, which today burdens the

lives of so many of our brothers and sisters, requires all of us to forge a new

worldwide solidarity and fraternity capable of giving them new hope and

new horizons which they disclose and which God places in our hands.