In Zimbabwe, poverty is the Church’s biggest enemy 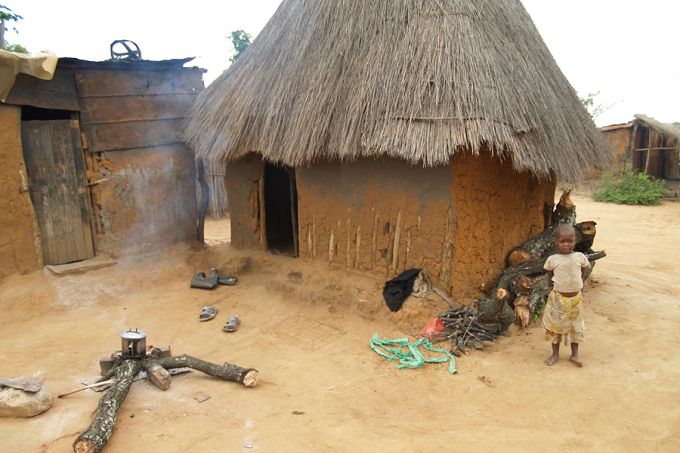 Chinhoyi, Zimbabwe, Dec 30, 2014 / 06:02 am (CNA/EWTN News).- Father Felix Tachiona Mukaro is disappointed in his country’s politicians, as many Zimbabweans are, saying they are more concerned with power than the peoples' poverty.

“All they care about is influence and power, not the country itself or the fact that the economy is in shambles and people don’t know how they are supposed to make it through the day,” he said in a recent interview with international Catholic charity Aid to the Church in Need.

Fr. Mukaro was ordained in 2007, and now works as a development expert in the Diocese of Chinhoyi, in the north of the country. He is confronted with daily evidence of the country’s political stagnation and the ongoing fight to succeed Robert Mugabe, who has ruled the country with an iron fist.

“While administering pastoral care we clearly see just how deeply the majority of the people are suffering,” the priest said.

Millions have in the meantime left Zimbabwe, resettling in neighboring Botswana, Mozambique, Zambia and South Africa or starting new lives in the United States or Europe. People no longer trust the local currency, the Zimbabwe dollar, so those who can afford to, use the US dollar, the Euro, British pound or South African rand.

Many Zimbabweans who live abroad send money back home. However, “not everyone is so fortunate as to have family living abroad who can help,” Father Mukaro stressed.

“Many don’t even have a dollar a day in order to survive. And when priests speak out about the widespread injustice, they are threatened or even physically attacked,” he added.

Zimbabwe’s economic malaise is particularly palpable in the Chinhoyi diocese, which covers a vast, predominantly rural territory: mines have been closed, and farms that were once thriving have been expropriated and taken over by supporters of the governing party. Most of the land lies fallow. The priest does not expect rapid political change – he believes any real transformation must be preceded by a change in mentality. He puts great stock in the arduous, day-to-day pastoral work carried out by 48 priests in the 19 parishes of the diocese.

However, the local Church has scant resources. Distances are enormous and reliable means of transportation, such as cars, are often not available.

“Our diocese is dependent on aid” from Catholic agencies abroad, he said; “our priests really are destitute – they have no way to make a living.” And the people themselves cannot help the Church, because they are scrambling for basic necessities themselves.

The diocese is grateful support from abroad. It ensures the livelihood of its priests and thus the continuation of pastoral care in rural areas. Fr. Mukaro concluded: “Our work is based solely on the Gospel and we defend its values. If we were to accept contributions from politicians, this would undermine our pastoral care because we would then have to defend their actions.”


Aid to the Church in Need is an international Catholic charity under the guidance of the Holy See, providing assistance to the suffering and persecuted Church in more than 140 countries. www.churchinneed.org (USA); www.acnuk.org (UK); www.aidtochurch.org (AUS); www.acnireland.org (IRL); www.acn-aed-ca.org (CAN) www.acnmalta.org (Malta)