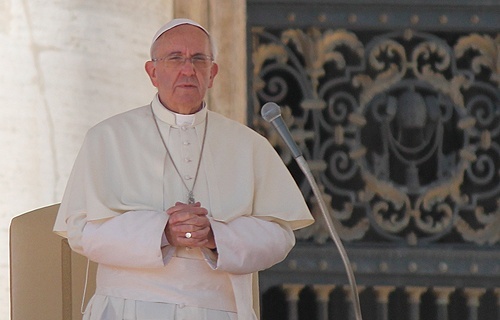 by Elise HarrisVatican City, Apr 29, 2015 / 07:43 am (CNA/EWTN News).- After Saturday’s massive earthquake devastated the Southeast Asian country of Nepal, the Pontifical Council Cor Unum has offered financial assistance to the local community as a sign of solidarity.

In an April 28 communique, it was emphasized that the donation is “a first and immediate concrete expression of spiritual closeness and paternal encouragement for the people and the affected areas” on behalf of the Pope.

Given directly to the local Church, the funds will be used to support initiatives aimed at helping displaced persons and victims of the earthquake.

Cor Unum is the Vatican council tasked to organize and coordinate humanitarian aid in the face of natural disasters and humanitarian crises.

Since the massive 7.8 quake ripped through Nepal April 25, more than 5,000 people have been confirmed dead, and the number is expected to rise as relief workers clear rubble and reach remote areas far out from the capital.

The epicenter of the earthquake was 80 km northwest of the country’s capital, Kathmandu, where the force of the quake toppled a 100-year -old temple, split roads, and destroyed houses and buildings.

Tremors could be felt as far away as New Dehli in India, and aftershocks continued to shake the area for hours after the initial quake.

Nepal is one of the poorest countries in Asia, and has an estimated population of 27 to 28 million. Currently the government of Nepal estimates that close to 400,000 buildings have been destroyed by the quake.

This is the second-worst earthquake in Nepal since 1934, when an 8.0 magnitude earthquake all but destroyed the cities of Kathmandu, Bhaktapur and Patan.

According to the U.N. more than 8 million people have been affected by the quake in some way, and roughly 10,000 injured.

With resources limited, many survivors have been sleeping outdoors and are in desperate need of food and water. According to BBC News, hundreds of thousands are currently living in temporary camps in poor conditions with very little to eat and drink.

Rescue efforts in the affected areas have been complicated by aftershocks, landslides, severe damage caused by the quake and creaking infrastructure.

However, the U.N. reports that so far international search-and-rescue teams have saved 14 people from the rubble, including a 28-year-old man who had been trapped inside a room for nearly 80 hours with three others who had died.

The country is currently observing three days of national mourning for the victims.

On Sunday Pope Francis offered spiritual support to the victims and their families, praying during his Regina Coali address “for the victims, for the wounded, and for all those who suffer because of this calamity. May they be sustained by fraternal solidarity.”