Pope Francis arrives in the Philippines 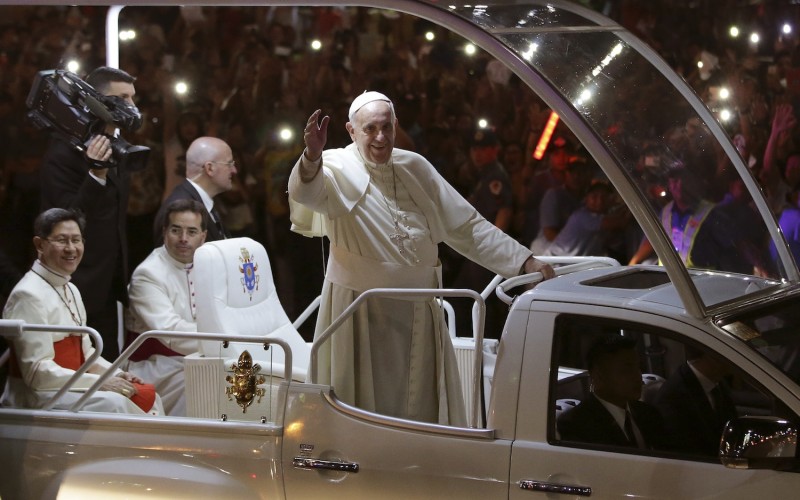 Francis has arrived in the Philippines at the start of what is likely to be one of the most extraordinary visits of his pontificate.The authorities have declared a four-day holiday in Manila during the visit, ensuring that huge crowds will be able to see the Pope.

Francis arrived at Villamor Air Base in Manila and proceeded by motorcade to the Apostolic Nunciature in Taft Avenue. Hundreds of thousands of people had lined the route.

But he was met at the air base by President Benigno Aquino III and children from 19 schools who performed a choreographed greeting.

A young boy wearing a traditional barong shirt and a girl in a traditional terno dress gave the Pope flowers and a hug after he descended the stairs from his plane.