Letter to the Editor What is Minimum wage?

As is well known there is no such thing as Minimum wage for the whole of India as stated by George Nedumparampil, though it is discussed by state and central governments, but mostly among captains of industry, organized labour and rootless, homeless and jobless migrant workers looking for gainful employ in one’s own state, outside or abroad.

That is precisely why we have started this discussion in earnest as all of us are and must be very much concerned about the miserable plight of the migrant workers who suffer utmost under the onslaught of Coronavirus. Papers are full of stories about these voiceless poorest of the poor dying on the road dying of hunger or  accidents on long distance travel on foot to get back home.

George Nedumparampil is one of our esteemed and outspoken columnist with wide experience. He has been a banker working long in Middle East and Bombay. After retiring he is now settled in Kochi, for the last ten years. Equally he is a Voice of the Voiceless!

Following his example we request all the readers of CCV to come forward with their insights and suggestions to help speed up a Minimum Wage bill passed in the parliament for the benefit of our most afflicted brothers and sisters who are ready to work but are denied the opportunities.  james kottoor, editor ccv. 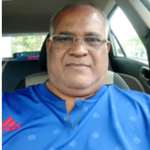 What is minimum wage? I believe that there is not such a thing in existence in India. But there are employees on regular employment who are assured of certain amount every month as salary and then there are daily wage earners who get paid at the end of the day whenever he gets work.

The daily wage earners theoretically don't know from where his or her work is going to come from next day.  But in practice they have their own network and besides that some assemble on the road side from where they get picked up by contractors or those in need of workers. Over a period of time they become known and get called in by those who gave them work before, provided there is no boss,  controlling the workers.

In India, although the country does not have a minimum wage, market forces and organized  trade unions, always played, and still do,  in getting wage deals from the employers.  I remember me taking part in morchas organized  by bank unions in Mumbai in the 70"s. Employees used to assemble at  Flora Fountain (luckily my bank was located in that area)  which is now known as Hutatma Chowk, if I am not mistaken.

The morcha will take Dadabhai Navroji Road then turn right onto Phirosha Mehta road reaching Reserve Bank where with slogan shouting and speeches by union leaders ends the procedure and everyone goes back to their respective banks.  The bank employees get a wage deal with guaranteed annual increment.  The process gets repeated every time Union's contract with bankers association ends.

Organized sectors having power of unions are able to wriggle out wage settlements on the back of the collective bargaining ability which I believe is disappearing albeit very gradually.  Market forces are replacing collective bargaining powers of union.  So it is not unusual to see varying pay scales for individuals within the same organization.

Even back in the 70's and 80's the power of unions were on the wane in some sector.  A classic example is that of Dr. Datta Samant who organized a long drawn out textile mill strike in Mumbai bringing in its wake untold misery to workers at the mills during strike period by having to forego the wages and permanently thereafter as one after the other the textile mills closed down.  They stayed in that condition for some years only to later become palatial apartments turning the textile mill areas into much sought after locale.

Going forward Indian middle class will be forced to accept  "hire and fire" as the standard whereby the employee would not know if his work is going to be there next day.  This already is the case in much of advanced countries and in the Middle East where I spent nearly three decades despite of this risk.

The work place is moving in that direction fast.  Current economic crisis is likely to be taken advantage of by some employers towards fast tracking  this format formalized.  The bottom line for the employees is that he ought to keep updating his skills regularly to remain relevant and be flexible to move to totally different kind of work and fields than he always did and abandon all pretense that certain type of work is below is dignity.   You want to survive you damn well adapt or perish.

With the above backgrounder, it becomes clear and all the more necessary that India should  have a minimum wage structure where the employer knows how much minimum the employee can legally expect.

Now comes the difficult exercise of zeroing in on the ideal minimum.  India is a large country with differing levels of standards of living and expectation.

Both Kerala and Bengal has had (and still for Kerala) long innings of CPM rule.  Today, I believe that a laborer in West Bengal is reported to be earning less than 350 rupees whereas the Bengali worker when he comes in as a migrant to Kerala gets 700 to 800 rupees per day.

I took up residence  in Kerala 10 years ago, I have a little patch of garden. Every month a gardener, invariably a  Bengali, comes around for one or two days.  He is controlled by his boss, again a Bengali.  We are expected to talk only to this chap for services  and not allowed to call the gardener direct.  The rate was 450 rupees 10 years ago and now it is 750.  Who does the increasing?

It is the worker himself!  That is pretty much the scene in every sector.  A skilled mason or carpenter demands 1200 rupees as his wages while it goes up for tile laying and concreting jobs. These rates are fixed by workers themselves.  There is a joke that whenever the government increase liquor prices at its outlets, the daily wage workers increase their rates too.  Liquor prices act as their cost of living index!

The difficulty of arriving at daily wage that is applicable throughout India is challenging.  On the one hand, here is Kerala where employment giver  protection from arbitrary rate increases by workers while on the other hand much of rest of India workers do not enjoy such liberty.

They have to beg and cajole the employer to get his daily wage increased.  I would think that a minimum wage that adequately take care of the interests of all the workers is well neigh impossible.  The solution to me appears for each State to fix theirs.  States are at various stages of development and cost of living varies between State to State.

Even within States there could be pockets of affluence and economic activities concentrated in certain parts, like Mumbai, Thane and Pune in Maharashtra compared to other parts.  Perhaps, it then becomes necessary to have varying degrees of minimum wages for cities and small towns.

All said and done it should be the endeavor of all concerned such as political parties both in opposition and on the treasury bench to come to grips with this burning issue.  Those who have the interest of the poor in their heart can only shout and keep shouting to keep the issue alive. (George Nedumparambil, a retired banker who is based in Kerala at Kochi city).