Is this the future of marriage prep in the Church? 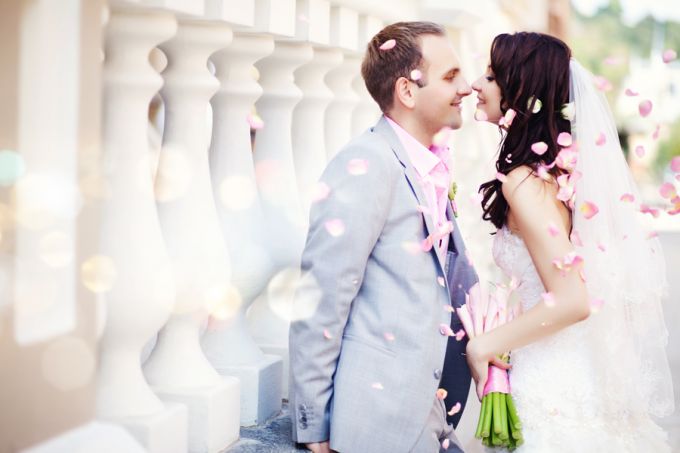 By Peter Jesserer Smith. Lafayette, La., Nov 8, 2015 / 03:09 pm (National Catholic Register).- Father Michael Delcambre looked at his congregation on Sunday and realized he had what other pastors might call an unusual sight: He counted 10 newly married couples sitting right there in the pews, and they were regulars.

“I wondered if these couples would be coming to Mass if we had not really gone out of our way to help connect them in such a way that they want to be at Mass and see the importance of it,” he told the Register.

The difference, said the pastor of St. Joseph and St. Rose in Cecelia, La., was that his parish developed and embraced a new way of parish-based marriage formation called “Witness to Love,” which is beginning to take off nationally. Before his parish made the switch, Father Delcambre, like other pastors, had too often watched engaged couples he had prepared for marriage disappear after their weddings.

“Witness to Love” is a virtues-based and Eucharist-centered model of parish marriage ministry. The core feature is that the engaged couple chooses a mentor couple they admire from the parish that meets certain criteria: married at least five years, preferably with children already, and active in the parish life and regularly attending Mass for the past year.

Mary-Rose and Ryan Verret, a married couple at Father Delcambre’s parish, developed the “Witness to Love” parish ministry model and program three years ago. Mary-Rose, who had been a diocesan marriage-preparation coordinator, told the Register that, after seven years of interviewing 400 engaged couples to figure out why newlyweds were MIA in many parishes, she realized that even the best diocesan conferences, mandatory natural family planning classes, and their parish’s above-and-beyond parish program – which included marriage catechesis and mentor couples selected by the pastor – were not sufficient for success. The whole story is told in the book “Witness to Love: How to Help the Next Generation Build Marriages That Survive and Thrive,” published this year by St. Benedict Press.

Father Delcambre said the program now “connects [newlyweds] not only to the parish, but also to a support system that basically fosters ongoing activity in the parish long after we do marriage preparation.”

A consensus of the world’s Catholic bishops at the Synod on the Family agreed last month that marriage formation has to continue after the wedding, and more than a few synod fathers suggested “marriage catechumenate” as one such remedy.

Two statistics from Georgetown University’s Center for Applied Research in the Apostolate (CARA) affirm the need to rethink marriage preparation: 28 percent of Catholic marriages have ended in divorce, and fewer than 1 out of 5 parents with infants participate weekly at Sunday Mass.

Verret said their Louisiana parish found that picking the mentor couple for the engaged did not work when there was no “previous friendship or trust relationship between the couples.” For instance, one newlywed couple never contacted their mentor couple when their marriage was in trouble, and they ended up divorced a year later.

After this wake-up call, the Verrets and their pastor decided to look at it differently: “Well, then, who do they trust? Whose marriage do they admire?”

When they had engaged couples pick their mentor couples that fulfilled the program’s criteria, those relationships facilitated ongoing conversion and became the newlywed couples’ trusted bridges into parish life. Father Delcambre affirmed this: “I’ve witnessed how important rooted, lasting relationships are to the involvement of the newly married couple into the life of the parish, which is ultimately vital to their marriage.”

Caprice Huval, 36, and her husband Dave, 44, were the first mentor couple selected when the “Witness to Love” ministry began in the parish.

One couple admired the Huvals’ 13-year marriage and how they raised their three children, and they asked them to be their mentors over Facebook.

She also said they “got to have fun” with the engaged couple, went on double dates organized by the men and took part in church activities. The pastor met with them all to discuss NFP and broke the ice saying, “Let’s get some beers and talk about sex.”

Huval said that while they were talking about marriage with this couple, they also were taking a closer look at their marriage. They began praying together more often.

Erin Duhon and her husband, Shane, said they picked their mentor couple because they “admired how they raised their children.” They came away with a deeper love of Jesus, the sacraments and their parish.

“It is through the formation of these new friendships and the growth of these bonds that we have come to call the Church our home and the congregation our family,” she said.

“Most conversions tend to occur in a relationship,” Martin explained, adding that the so-called “intellectual conversion” is extremely rare. A person must rely on someone to help him or her confront the painful things they need to change about themselves and soothe their insecurities. Without it, they can “rely on unhealthy coping strategies,” which then become destructive in a marriage.

“The early years set a tone that is hard to change,” he said, explaining that providing couples a “voice of hope” with a go-to mentor couple, especially when navigating those first five years, is essentially “preventative intervention.”

But “Witness to Love” is also flexible enough to work with existing diocesan programs and custom additions.

He told the Register that the “Witness to Love” approach matches the “marriage catechumenate” concept talked about at the synod, in that, after the reception of the sacrament, follows the “mystagogia,” or continued formation in the faith.

Father Merrick said that, as a pastor, he was at first uneasy about the program.

“What eased my fears was that the mentor couple is not responsible for delivering the catechetical part,” he said.

And 98 percent of the time, the engaged couple had picked well-formed couples that met the criteria and were the “cream of the crop … people who are really living [the Church’s teaching].”

Father Delcambre noted that the process is only slightly more work, but is definitely “more enjoyable,” since he gets to focus on the theology formation, while the mentor couple is educating for life skills.

Rather than have to search for people to help him in marriage ministry, he said, “The engaged couple is actually helping me pull volunteers from the parish.”

The Future of Marriage Formation

The “Witness to Love” marriage ministry model has more than 20 dioceses interested in bringing it to their parishes.

“This chasm between ideas [of marriage formation] and reality will remain,” he said, “if we don't provide the opportunity for companionship with those who can witness or model what it looks like and feels like in concrete situations for grace to be allowed to operate within a marriage and family.”

This article originally ran at the National Catholic Register.