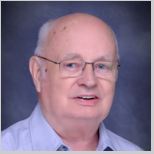 The Philippine-Province of the Carmelite Order (OCarm) will confer the award for this category for the first time to recognize Fr. Eilers’ broad involvement in social communication.

Known for his writings on social- and pastoral communication, the priest-author has an international track record spanning four decades in social communication formation and academic work.

He has taught for many years in different universities including the Pontifical Gregorian- and Salesian Universities in Rome. In 1968, he founded in Germany the very first academic journal for Christian Communication titled Communicatio Socialis. It still exists after 47 years.

In 2001, Fr. Eilers initiated a graduate program in social and pastoral communication (MAT-SPC) at the Pontifical University of Santo Tomas in Manila.

He is now the Director of the “Asian Research Center for Religion and Social Communication” (ARC) at Saint John’s University in Bangkok, Thailand; and Program Director of St. Joseph Freinademetz Communication Center, Inc. (JFCC) in Quezon City, Philippines.

Titus Brandsma Awards Philippines (TBAP) recognizes Filipino journalists and community media who embody the life and principles of Blessed Titus Brandsma, Carmelite priest and journalist who died on July 26,1 942 at the Nazi concentration camp in Dachau.