Inequality growing steadily? The majority at the margins 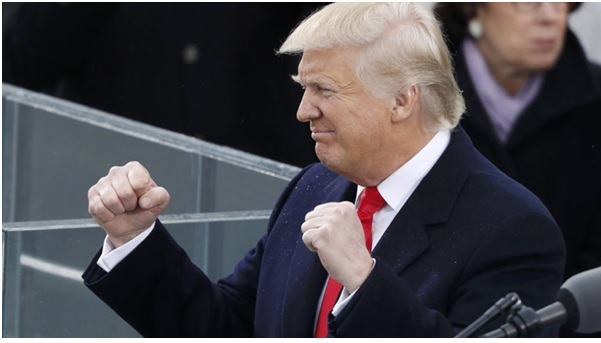 (Note: Both independence and interdependence are rooted in the very nature of all humans. The child born into the lap of the mother is totally dependent on the mother. This is reversed hundred per cent when the child grows into a strong independent adult and the mother into a worn out dead weight needing a crutch or human help to move one step forward. Which means dependence and independence move in opposite directions in the lives of every human being at various times.

Take the case of first single family which grows and flourishes as a huge joint family but always inward looking for selfish reasons. The very selfish reasons – very good to a certain extend, becomes harmful after a limit – forces individuals in that joint family to break up or break out from that joint family to become nuclear families and go beyond permissible limits, producing what we see today the proliferation of single parent families, or just individuals with no real family connections which is just the opposite of the core concept of man created as male and female because it is not good for humans to be alone – individualism stretched to the detestable limit.

A totally reverse movement of that trend  made humans break out of his/her family circle, community circle, country circle, continent circle to become a global citizen from the status of a small state citizen. As a result, today globalization has become the essential part and parcel of our daily parlance and all promote it. But now suddenly what is happening to that vision of unity, universality and global cooperation under a global caring fatherly/motherly figure, not a dictator like Hitler, but a collective, compassionate, company we call UN? That institution is practically sidelined, marginalized.

As a result, what is now happening in US, UK, India – all described as a revolt against globalization? Ideals like unity, universality, equality, freedom, independence, interdependence, collaboration, caring and sharing are all bright, beautiful and enduring only when they are kept within proportion, within limits. When these ideals cross limits or Lakshman Rekha, they become distasteful, bitter or even deadly, as it is said “a little more than a little is by much too much” (Shakespeare) spoken about pudding served at the end of a sumptuous meal.

Pudding is served in little quantity in small plates. When served full plate like main meal, it becomes distasteful and loathsome. Yes we have to learn how to say YES & NO to globalization, selectively not totally. Globalization should not make any of us rootless, that is, devoid of all Local precious traits (Indians need not and should not die to all Indian-ness to become an American or German) of each person’s individuality.  Beauty and perfection is in combining global and local in due proportion, in cross-polarization, in becoming (global+local) GLOCAL. james kottoor, editor)

We all know that the world is an unequal place, both across and within countries. We also know that across the world, people are expressing their anger and disgust at this inequality. This is increasingly revealed in extreme and often paradoxical political results. In the US, a vote against the establishment has just delivered to power the ultimate crony capitalist, Donald Trump.

In the UK, people voted to leave the European Union in the false expectation that curbing migration will improve their own life chances. In India, the poor, disgusted by a corrupt, self-enriching elite, support a bizarre and drastic demonetisation that leads to their own further impoverishment while leaving the supposed targets, the corrupt rich, relatively unscathed.

But here’s the thing: Inequality has been a hot topic of international discussion for around a decade, but in that time, it has got worse, not better! Since the time when international organisations took up this issue and Thomas Piketty published his global bestseller on inequality, the evidence is that the problem has intensified, not reduced.

A new publication from Oxfam (“An Economy for the 99%”, Oxfam Briefing Paper, January 2017) brings this out with depressing clarity. A Credit Suisse report of October 2015 had already found that the richest one per cent of the world’s population had the same amount of wealth as the other 99 per cent. But Oxfam reveals that the wealth of the bottom 50 per cent of the global population is actually lower than was previously estimated, and so, it takes just eight people to equal the total wealth of half of the world’s people! Even if you ignore the fact that the bottom decile has net debt or negative wealth, it still takes just 56 of the richest individuals in the world to equal the wealth of this entire group.

This is largely because of worsening income and asset distribution in the era of globalisation, which is why globalisation is becoming so unpopular among working people in so many countries. Between 1998 and 2011, Oxfam estimates that the incomes of the poorest 10 per cent of people increased by only $65, or by only $3 a year, while the incomes of the richest 10 per cent increased by $11,800, or 182 times as much.

Over the last 25 years, the top one per cent gained more income than the bottom 50 per cent put together. Almost half (46 per cent) of total income growth went to the richest 10 per cent. In the US, there has been almost no increase in real incomes of the bottom half of the population in the last three decades, compared to a three-fold increase in the incomes of the top one per cent.

And there has been further concentration in recent years: In 2009, there were 793 billionaires with a total net wealth of $2.4 trillion. By 2016, the wealth of the richest 793 individuals had more than doubled to $5 trillion, an increase of 11 per cent per year.

Meanwhile, workers in both rich and poor countries continue to see their wages squeezed. Women workers, who are more likely to be in precarious low-paid work, are among the worst affected. They earn 31 to 75 per cent less than men, not only because of the gender pay gap, but because of other factors like unequal access to social protection.

Global supply chains that force suppliers to compete have intensified the problem. Profits make up 72 per cent of the costs of an Apple iPhone 2010; wage costs come to only 5.2 per cent. Cocoa farmers in the 1980s received 18 per cent of value of a chocolate bar; today, they get six per cent.

How is all this happening? The ability of the rich — both corporations and individuals — to influence government policies is a big factor. Oxfam’s analysis finds that one-third of the world’s billionaire wealth is derived from inherited wealth, while another 43 per cent can be linked to “cronyism”.

Large corporations use their huge power and influence to ensure that regulations and policies are shaped to deliver continued profitability. They “invest” in lobbying, in backing political candidates, and in financing think tanks and universities to shift political and economic narratives in their favour. This is true even of the technology sector that previously had a cleaner image: Alphabet, the parent company of Google, is now one of the biggest lobbyists in Washington and Brussels on anti-trust rules and tax systems, while Apple is alleged to have manipulated tax systems to pay a tax rate of only 0.005 per cent on its European profits in 2014.

There are many things that can be done to change all this. Oxfam highlights several strategies that are both feasible and likely to be effective. These require national policies and international collaboration: More equitable tax policies, implementing higher minimum wages, providing universal social protection, regulating companies to ensure sustainable production and prevent exploitation, moving away from a simplistic focus on GDP growth to focusing on improving the conditions of the bottom half. The challenge is to make those who are mouthing platitudes against inequality — from the head of the IMF to the business honchos at Davos — to get serious about such measures.

Sadly, protests by people against injustice and inequality currently seem to end up producing governments that move exactly in the opposite direction. Obviously, political changes of a very different kind are required. And for that, another of the factors that Oxfam identifies may eventually turn out to be crucial: Independent media that is free of the influence of both governments and rich elites.

(The writer is professor of economics at Jawaharlal Nehru University, Delhi).