Pope: Spread the good news May evil not get Upper hand in Communication 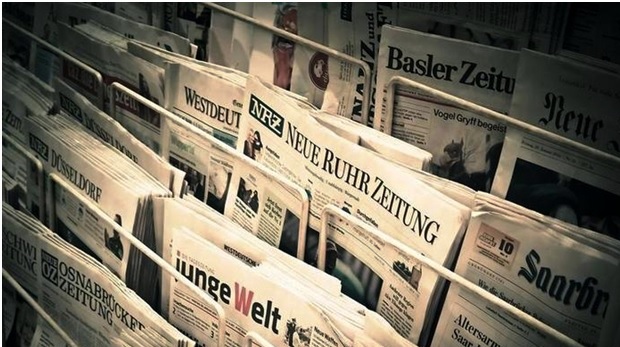 In his Message for World Communications Day, Francis invites faithful to be constructive, rejecting prejudice: “‘read’ reality through the right lens” and “break the vicious circle of anxiety,” he urged.

Break the vicious circle of anxiety

Foster a culture of encounter

Reject prejudice towards others

Grind out enriching food for thought

Never allow evil to get the upper hand.

Bad news are wars, terrorism, scandals and all sorts of human failure

May evil not get the upper hand in communication.

(Note:  Nurture hope like leaven in the lives of all, in all happenings – good and bad. God created all things and found them good, don’t prematurely judge them bad. Everything is inexorably marching towards a good end in the hands of the Eternal Scribe who writes straight with crooked lines. Being short-sighted, not able to see beyond the nose, you may not see it, but  He with His infinite long sight sees  it and delights in the dance of events.

Hence the saying, (Deus ludit in orbe terrarum) God plays with the world as with a football in his hands.  So news makers and news reporters, don’t make your writing, reporting, forecasting pessimistic. The beginning (creation) was good and it was for a good purpose,  so the end is going to be good.  And all is well that ends well. So be optimistic, in spite of bitter happenings like the darkness which has to lead you and all of us to a warm bright dawn around the corner.  james kottoor.)

VATICAN CITY:In his Message for World Communications Day, published on 24 January 2017, the feast of St. Francis de Sales, patron saint of journalists, Pope Francis called for “constructive” communication that rejects prejudice towards others and breaks the vicious circle of anxiety and fear, never allowing evil to get the upper hand.

“I wish to address this message to all those who, whether in their professional work or personal relationships,” Pope Francis writes, “are like that mill, daily ‘grinding out’ information with the aim of providing rich fare for those with whom they communicate. I would like to encourage everyone to engage in constructive forms of communication that reject prejudice towards others and foster a culture of encounter, helping all of us to view the world around us with realism and trust.”
Francis says he is “convinced that we have to break the vicious circle of anxiety and stem the spiral of fear resulting from a constant focus on “bad news” (wars, terrorism, scandals and all sorts of human failure).” He hastens to acknowledge: “This has nothing to do with spreading misinformation that would ignore the tragedy of human suffering, nor is it about a naive optimism blind to the scandal of evil.”


“Rather, I propose that all of us work at overcoming that feeling of growing discontent and resignation that can at times generate apathy, fear or the idea that evil has no limits. Moreover, in a communications industry which thinks that good news does not sell, and where the tragedy of human suffering and the mystery of evil easily turn into entertainment, there is always the temptation that our consciences can be dulled,” the Pope observed, “or slip into pessimism.”


The Pope seeks therefore “to contribute to the search for an open and creative style of communication that never seeks to glamourize evil but instead to concentrate on solutions and to inspire a positive and responsible approach on the part of its recipients. I ask everyone to offer the people of our time storylines that are at heart “good news”.

“Life,” Francis explained, “is not simply a bare succession of events, but a history, a story waiting to be told through the choice of an interpretative lens that can select and gather the most relevant data. In and of itself, reality has no one clear meaning. Everything depends on the way we look at things, on the lens we use to view them. If we change that lens, reality itself appears different. So how can we begin to “read” reality through the right lens?” “For us Christians, that lens can only be the good news, beginning with the Good News par excellence: ‘the Gospel of Jesus Christ, Son of God’.”

This good news “is not good because it has nothing to do with suffering, but rather because suffering itself becomes part of a bigger picture. It is seen as an integral part of Jesus’ love for the Father and for all mankind. In Christ,” the Pope says, “God has shown his solidarity with every human situation. He has told us that we are not alone, for we have a Father who is constantly mindful of his children.”

“Seen in this light, every new tragedy that occurs in the world’s history can also become a setting for good news, inasmuch as love can find a way to draw near and to raise up sympathetic hearts, resolute faces and hands ready to build anew.” The invitation to communicators is “to recognize and highlight the good news present in every story and in the face of each person”.

“Hope,” Francis concludes, “is the humblest of virtues, for it remains hidden in the recesses of life; yet it is like the yeast that leavens all the dough. We nurture it by reading ever anew the Gospel, “reprinted” in so many editions in the lives of the saints who became icons of God’s love in this world.”