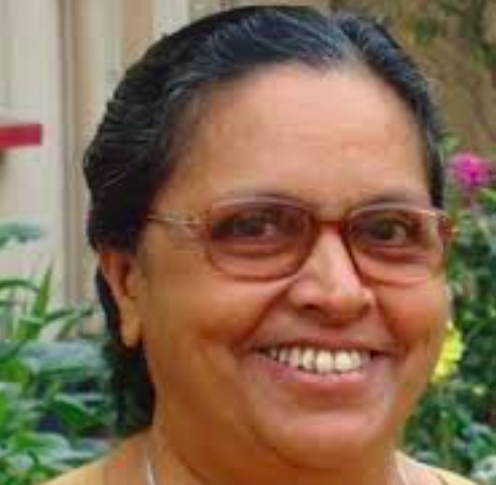 Caridad was from Bharanaganam-Palai Diocese!

This scribe 86, had corresponded with her, as editor of  the New Leader, Chennai (Madras).

The member of the Sisters Adorers Handmaids of the Blessed Sacrament and Charity, who was popularly called Sister Caridad, was the editor of The Kolkata-based Herald, the oldest Catholic weekly in India. She was the only female editor of prominent Catholic weeklies in India that have been edited by priests even after a century. Father Gomes says as the editor of the Herald, Sister Caridad had updated the whole computerizing system of the weekly.

She was born Elsykutty on November 1, 1948, at Bharananganam of Palai diocese in Kottayam district of Kerala.On becoming a nun, she chose the name Caridad (charity).She had a Bachelor’s and Master’s degree in History, Psychology, Theology and Education. He spoke English, Hindi, Malayalam, Oriya and Spanish. Sister Caridad was survived by some siblings. One of her younger siblings – Celine — is a member of the Medical Mission Sisters.

For nine years she was the secretary provincial of her congregation in Kolkata and has also performed responsibilities of diocesan and at the conference of West Bengal religious. She went to Spain to begin her religious training at the age of 17 and remained there for several years before returning to India.

Being the provincial secretary, she was involved in the opening from the congregation’s centers in West Bengal, Delhi, Orissa and Hyderabad to rescue and rehabilitate victims of forced prostitution.

“I love her much because she was a hardworking, efficient, perfectionist, jovial, always smiling, energetic, and full of life. She was ready to meet the needs of others,” Sister Jane Joseph of the same congregation, a close friend of Caridad, told Matters India. (Source: Matters India)