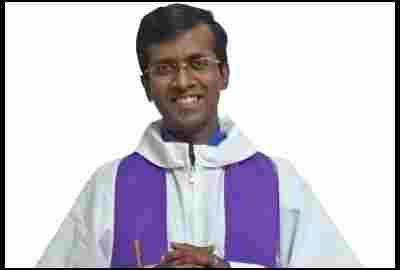 Father Leon Cruz is among some 1000 priests Pope Francis selected as Missionaries of Mercy.

Mumbai: Father Leon Cruz,the only Indian Salesian appointed as a Missionary of Mercy on Ash Wednesday, has begun reaching out to people in his diocese and the country.
Over 1000 priests from around the world have been sent forth by Pope Francis in this Jubilee year of Mercy as Missionaries of Mercy 'to be a living sign of the Father's welcome to all those in search of His forgiveness,' and perform other charitable acts of Mercy.
The Missionaries will serve in their own diocese but may be invited by other Bishops to give missions or carry out specific initiatives organised for the Jubilee, with a particular attention given to the Sacrament of Reconciliation. The Holy Father has granted these Missionaries, "the authority to pardon even those sins reserved to the Holy See," the Pope wrote in MisericordiaeVultus (The Face of Mercy), the document officially proclaiming the Holy Year.
Under Church law, some grave sins carry penalties, automatic excommunication, interdict or suspension that can be lifted, either by the bishop in some cases or by the Pope himself. Pope Francis has commissioned the Missionaries the faculties to absolve four particularly grave sins: desecrating the Holy Eucharist, physically harming the Roman Pontiff, a priest absolving a partner in a sexual sin (in confession) or a priest directly breaking the sacramental seal of confession.
Father Cruz says of his appointment, "By God's Grace and Mercy, I would be happy to reach out to as many people as possible as a Missionary of Mercy."
Father Cruz has already spoken to Cardinal Oswald Gracias about his availability for the Archdiocese of Mumbai. Further, he has planned a series of activities for the catholic students of Don Bosco Centre for Learning, Kurla where he is based. These include pilgrimages, confessions, a youth retreat and the mercy band.
He will be also helping Don Bosco Youth Services with retreats like the forthcoming 'Youth Pasch'. The Holy Cross Parish, Kurla has asked the newly appointed Missionary of Mercy to conduct the 'Passo Service' in marathi for two Sundays. Father Cruz has additionally launched the 'Face of Mercy' group and page on Facebook which is reaching out to many.
Source: Don Bosco India