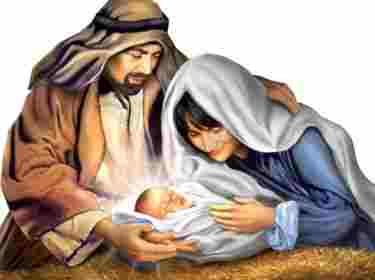 Knocking at the door of every inn on a cold winter night a Middle Eastern couple over 2000 years ago sought a room for the birth of their child. The pregnant young woman on the verge of her labour and her anxious husband were greeted with the same signboard all around, ‘No room’. Braving the wintry wind and freezing chill Mary and Joseph finally moved into a manger. There surrounded by ox and asses Jesus the Saviour of the world was born. The wonder star that guided the Eastern kings stood still over the manger, the choirs of angels sang ‘Glory to God in the highest, Peace on earth to people of goodwill’. The shepherds adored their new born Saviour. Since then different people across the world celebrate Christmas differently. While the affluent of the world has turned it into a commercialized event meant for merriment, the homeless poor at Christmas find themselves fighting with the basics of Bethlehem. Shelter-less and anxious, rushed up and pushed out to the periphery, they are reduced to a subhuman existence.

The ongoing controversial demolition drive in the Shakur Basti slum cluster of West Delhi by the Railways rendering 5,000 people homeless and allegedly caused the death of a six month old infant is a ruthless repetition of the first Christmas Story. It’s most distressing that in the doing up of the demolition drive a tiny child was allegedly nipped in the bud. Worst still is the political slugfest being staged by our political leaders. The confrontation between the Delhi government and the Centre, the angry protest by the Chief Minister Arvind Kejriwal against the eviction and the ‘kid-tag’ he attached on Rahul Gandhi who questioned his protest, the Union Railways Minister Suresh Prabhu who chose to feign unawareness of the operation, the Divisional Commissioner, SDM and DM all passing the buck on each other, Rahul Gandhi’s resolve to take cudgels in defence of the slum-dwellers et al have turned Delhi into a political war zone. Between the ego clashes of Indian political titans, the vulnerable slum dwellers are trampled underfoot. It’s unfortunate that Indian political leaders literally prove the Swahili adage true: When elephants fight, the grass is crushed.

But human beings are far more precious than just grass. If only India’s political leaders could honestly fulfil the utopian promises they make during their zestful election campaigns like those made by Shri. Narendra Modi to ‘provide houses and toilets for all Indians’, such tragic events wouldn’t have occurred in India. But alas, often times the curtain falls between the cup and the lip! The railways’ argument that it has nothing to do with the child’s death that occurred two hours prior to the demolition fails to cut the ice. For, for a fragile infant a demolition is a commotion. The rush and anxiety, fear and insecurity of homelessness that accompany an eviction certainly cannot but affect a tiny child. Even if the story that the child was smothered under a heap of garments that fell on him might contain some grain of truth, the rush was a prelude to the act of demolition.

While no one can quarrel with the Union Railway Minister Suresh Prabhu when he says that ‘Encroachments are impediment to development of new terminals and other infrastructure at Shakur Basti’, no sane citizen of India sensitive to the sufferings of the slum-dwellers in a freezing winter can endorse the timing of the enforced eviction sans putting in place rehabilitation facilities for the dispossessed families. Issuing any number of notices to the squatters to vacate the juggies cannot create shelters for them to dwell in. Even as the political war over the drive gets intensified by every passing day, it’s heart-renting to witness the hapless slum dwellers shivering in the biting cold of December and keeping queue to collect water at a hand pump. Their grief and deprivations ought to move our political leaders to beat a retreat from the war zone. They cannot be oblivious of the shameful fact that their warring ground is nothing but the ugly belly of India’s posh capital where thousands of fellow human beings wallow in abject poverty, illiteracy and homelessness.

However, behind the dark clouds of the ruthless demolition and the ensuing political war appear some silver linings. We have little reason to despair over dearth of sane voices on matters of demolition drive. At the end of the day someone has come up with a prescription for the whole modus operandi of demolition. He is none other than India’s tried and tested ‘Demolition Warrior Jagmohan who has earned the sobriquet ‘Demolition Man’ in the emergency years of the county. His prescription runs through the pages of  his book, "Triumphs and Tragedies of Ninth Delhi" (Allied Publishers) for conducting a demolition with a human face: “His mantra for efficient removal of illegal colonies is to see clearance, resettlement of the dispossessed and redevelopment of vacated space not as separate acts, but as one and the same chain.  (Times of India, Dec. 15, 2015)

Even as the political war over the demolition gets intensified, it’s heartening to note the stance being taken by the High Court of Delhi. Tagging the drive ‘inhuman’, the court has ordered the authorities to immediately rehabilitate the 5,000 people rendered homeless. Slamming the Northern Railway and Delhi police for a “pathetic act and wondering how could they ignore “people’s lives” and be so casual while razing a slum cluster in west Delhi they said, “It is a dire situation where life and liberty of the people are in grave danger.” (Times of India, Dec. 16) Interestingly amid the din of demolition and the wails of despair over the death of the infant, the birth of another child to Manisha who shares the same slum has brought in cheer to the slum dwellers. While birth and death are part of human existence, every human child is precious and unique in the plan of God. India’s mystic poet Rabindranath Tagore affirmed this fact when he said, “Every child comes onto this world with the message that God is not disappointed with humanity”.

It is in the form of such a vulnerable human child that God dipped down into the sin-marred human history over 2000 years ago in Bethlehem. Christmas celebrates God’s saving love and mercy that embraces humanity in the person of Jesus the Saviour of the world.Christmas blurs boundaries. While being the Almighty, God had infinite possibilities to save the world other than becoming a man, suffering and dying in expiation for the sin of humanity. He who charges the whole creation with His grandeur could save us with just a one word or will. Yet He dips down into the sinful history of humanity and embraces human life opening many possibilities to it to share in His divinity. "By his incarnation the Son of God has united himself in some fashion with every human being"(II Vatican Council).

In our world of prosperity and plenty, it’s a crime to deny the fundamental human right to food, shelter etc. to our fellow human beings. For, every human being who carries the divine spark within is unrepeatable, unique and vested with immeasurable human dignity; hence deserves respect, care and love. As the Universal Declaration of Human Rights, article 25, para 1 rightly puts, “Everyone has the right to a standard of living adequate for the health and well-being of himself and of his family, including food, clothing, housing and medical care and necessary social services, and the right to security in the event of unemployment, sickness, disability, widowhood, old age or other lack of livelihood in circumstances beyond his control." The Baby in the manger was born in solidarity with every baby born in a slum, a drain or anywhere in the periphery of the society. Sanctity of human life and its dignity are at the very core of Christmas.