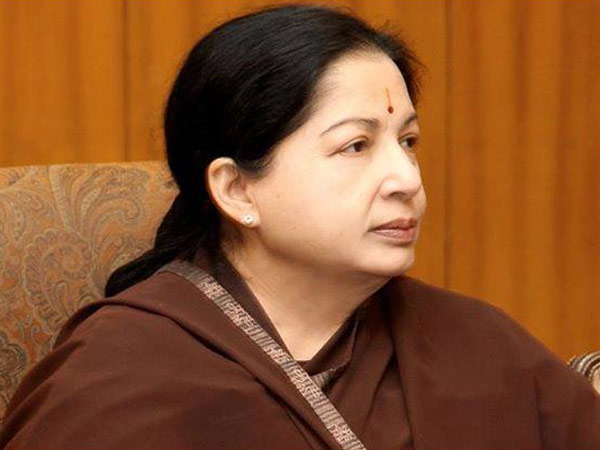 As an administrator, she could arrive at a considered decision after poring over the issue and then stick to it, come hell or high water.

(Note: There are more than two sides – the admirable and dreadful or shameful, the glorious and detestable – to towering political personalities who strode India like a colossus. In between there are also myriad shades in all the rainbow colours not paid attention to. The glorious and detestable qualities are always in open conflict. When the bright traits outshine beyond a point the brittle ones are just dumped or forgotten for good, at the risk of forming a balanced assessment of a personality like Jaya.

Here the Deccan Chronicle highlights some of the fault lines of her great personality: her monarchical dictatorial behaviour, uncompromising conflict with ruling party at the Centre, her  despotic disposal even to consider opposing views, her reveling in the  adulation and fawning submissiveness forced upon her coworkers in government.

Only, in Jaya’s case all these negative traits were swallowed up by the Mother’s role she acted out (not put on for show) for the weaker sections of society in Tamilnadu by providing: Amma homes for the homeless   with soap, oil, comb, hot food, tiled floors, Amma hostels,  Amma water, and Amma canteen(Rs.3  for meal), Amma gold for the wedding thali (mangalsutra), Amma financial aid to pregnant women, Amma pension for widows, free rice or Rs.2 for card holders, Amma pension scheme of Rs.1500 for poor senior elderly citizens, all home  utensils like grinder, TV sets, cycles and laptops for poor students, all as freebies during election time without counting the cost.

These welfare schemes and benevolent deeds for the marginalized simply cancelled out all her personal negative traits in the eyes of people in Tamil Nadu. What is more she taught women folk in Tamilnadu to be a fighters like her in a male dominated society. Many poor women spoke this out in public as testimony after her demise. She cultivated by her own example, gender equality in Tamil Nadu and taught how to fight male chauvinism, domination and oppression by people like Karunanithi and his tribe. What the whole world looks forward to and prays for is: May her tribe and that of MGR and Annadurai continue to rule in Tamil Nadu. james kottoor,editor).

J. Jayalalithaa, a charismatic politician who was immensely popular among the masses, breathed her last after grave illness of 75 days. Under her, between 1991 and December 2016, when she was sworn in six times as chief minister, Tamil Nadu was the nearest a modern democratic state within India could have been to a monarchy. Her hold on the AIADMK party was absolute, her ministers, party officials and cadres beholden to her supreme ability to attract voters and periodically springing her party into the seat of power at Fort St. George in Chennai. Her word was her command. The totality of her contribution to the state’s stability far outweighed what she did while suffering from vicissitudes brought on by the rough and tumble of politics in a reluctant politician.

She may have won elections handsomely while losing some terribly, but regardless of results, she always kept the people’s love and affection. She wasn’t deterred by her almost accidental advent into politics after a film career, and held her own as CM to emerge a national titan thanks to her stupendous ability to overcome hurdles.

Jayalalithaa went to the best schools in Bengaluru and Chennai, and after a curious debut in an English film (Epistle), dominated the silver screen as a heroine in Tamil, Kannada and Telugu cinema, playing the leading lady to every conceivable star like MGR, Nageswara Rao, N.T. Rama Rao, Sivaji and several others. Remarkably, her intellectual abilities far outstripped her formal school qualifications. As an administrator, she could arrive at a considered decision after poring over the issue and then stick to it, come hell or high water. Her fierce stand often brought her into conflict with ruling parties at the Centre, although it was in alliance with the Congress that she shot to power in the sympathy wave following Rajiv Gandhi’s tragic death in 1991.

With an imperial mien and a decisive outlook that brooked little argument, Jaya could even be despotic in her administrative style. As CM, she was disdainful of New Delhi. Where she scored immensely was in judging the pulse of the people — like her political mentor M.G. Ramachandran she had her party re-elected (last summer), defying the alternating swing of the Dravidian pendulum in Tamil Nadu. Her shrewd schemes struck at the heart of every household. Her thoughtful freebies, including the heavily-subsidised Amma canteens and other services aimed at the common man/woman, made her an iconic demigod for the masses. In a land of atheistic tendencies, she was a fervent believer, so much so that prayers for her recovery became a social phenomenon. Sadly, an end must come to all living beings. She may, however, have found an esteemed place in Elysian Fields as a woman who outshone all in a world dominated by men.