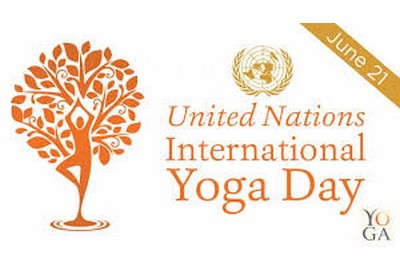 The Centre has said participation in June 21 events to mark International Yoga Day was not "compulsory".

The Catholic Bishops Conference of India (CBCI) has expressed displeasure over the Narendra Modi government's decision to organize International Yoga Day on June 21, saying Sundays were a "sacred day" for Christians in the country.

"The Church is not against yoga but church practices on Sunday cannot be compromised," said CBCI president Cardinal Baselios Cleemis said.

"…it is sad that such important events are being observed on Sundays these days. Sundays are holy days for Christians. Organising such programs on Sundays will clash with our beliefs," he added.

"The move by the Union Government to impose observation on certain days on Sundays cannot be accepted. It is against the religious freedom envisaged in the Constitution," Cardinal Cleemis, also the leader of the Kerala Catholic Bishops Council (KCBC), told reporters after a three-day KCBC conference in Kochi ended on Thursday.

The Church's reservations against Yoga come at a time when some minority groups, including the All India Muslim Personal Law Board, have spoken up against compulsory yoga classes in schools.

The Centre has said participation in June 21 events to mark International Yoga Day was not "compulsory".

Reacting to Prime Minister Narendra Modi's suggestion that the National Cadet Corps try and create a world record by doing yoga across the country at the same time on June 21, the KCBC on Thursday appealed to the Centre and state governments to give Catholic students the freedom to keep Sunday free for their spiritual obligations.

"We request the government to keep such a united practice on June 20, Saturday instead of Sunday," said Fr Paul Thelakkat, spokesperson for the Syro Malabar church.