CHRIST HAS RISEN : INTERPRETATION AND APPLICATION OF EASTER IN OUR LIVES 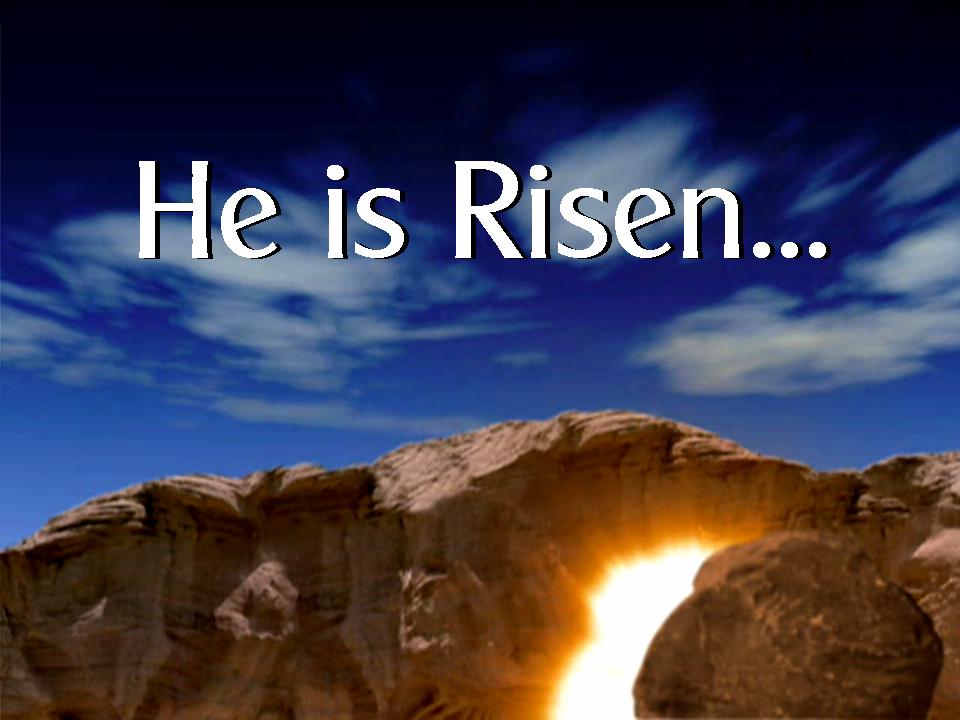 Christ has risen. This is the central message at Easter – that Christ has risen from the dead. "Destroy this temple, and I will raise it again in three days." (John 2:19).  It is logical therefore to conclude that Christ believes in life and not in death, because He chose to die for us to conquer death.  What is death?  One is real.  The other is the daily grind through miserable poverty, without one full square meal, safe drinking water, sanitation, basic shelter, education and employment. This is death staring on the face of the marginalised daily.  It is for them Pope Francis wants the rich Catholic Church to be  "A church of the poor, for the poor".

This daily encounter with death is not what Christ preached and intended for us {(Example: the two Parables of Feeding the 5000 (Mathew 14: 13-21) and 4000  (Mathew 15:32-39)}.  Christianity of the Resurrected Christ teaches us to be vibrant and innovative, to reinvent ourselves, to discover ways to reduce the suffering of the poor. “A Church of the poor and for the poor” does not mean we have to suffer from the pangs of poverty.  It means we have to be be poor at heart to understand and feel the pain of the poor. It means as Christians who believe in the Risen Christ, we have to encounter the social system that perpetuates poverty, child labour and child trafficking, as Fr Jyothi SJ and his team from Kolkata did –  relentless Advocacy for Right for Food.  They even stormed New Delhi to get this right.  As Dr Ella Bhatt Founder, Self-Employed Women's Association (SEWA), said during her interview to NDTV on 14 December 2013:  “First and foremost, we must recognize that poverty is violence.  It is violence perpetuated with the consent of society – a society that is silent or looks the other way in the face of poverty. It is giving consent to exploitation, injustice and war.  Poverty strips away a person’s dignity, humanity, it corrodes the human spirit.  There is no justification for poverty in India.”  Prayer and sacrifices during the Lenten Season teach us to empty ourselves and think of ways to alleviate the suffering of the have-nots, as Christ did by shedding the last drop of His Precious Blood for us.

Christ and the Greek philosopher Socrates, had great similarities. Both were highly respected for their amazing wisdom and simplicity. Both questioned status quo, the laid back  attitude "Chalta Hai Chalnay dow" of the society. To discover the truth, Socrates questioned everyone who was said to be wise. Christ did a Socrates by saying: “Knock and the door shall be opened to you”. Both had to pay with their lives for questioning the powerful who insisted on status quo or convention to suit their convenience.  Christ even questioned the tradition of Sabbath, "Which of you doesn't work on the Sabbath? If your son or your cow falls into a pit, don't you rush to get him out?" We cannot replicate Christ for He is God who became man, a rarest of rare phenomenon that has not witnessed a repeat in 2017 years.  The least we can do is share Christ’s concern for the Common Good of the marginalised – the healing touch that benefits all, particularly people at the grassroots level e.g. teaching the art of fishing (self-employment skills).  Jesus said:  "Truly, I say to you, as you did it to one of the least of these my brothers, you did it to me." (ESV v40) And again, "Truly, I say to you, as you did not do it to one of the least of these, you did not do it to me." (ESV, v45)

Parishes, based on a database of parishioners, can in a spirit of sharing and collaboration with neighbouring parishes, take up  achievable and sustainable development programmes, which can be measured through Impact Assessments at regular intervals.   If all the 171 dioceses (source: Catholic Bishops Conference of India) collaborate in taking up study centres, mother & child healthcare, preventive healthcare (physical exercise, yoga, aerobics, swimming, even self-defence through sports bodies) and give shape to Vibrant Parish Communities, it will be the best tribute to the Resurrected Christ. With small beginnings, on a contributory basis on the lines of Public Private Partnership, parishes can raise the bar after each Impact Assessment. Parish Priests can help harness parishioners’ talents by involving them in Parish Pastoral Plans in concerns of their interest viz. Christian Life, Education, Healthcare, Environment & Social Justice, Family, Laity, Social Communications, Women and Youth.

Let us extend the above analogy to our daily lives.  Considering we have to grapple with spiralling cost of almost everything, clusters of households can grow vegetables in their backyards or kitchen gardens. Community farming, and cooperative stores under each parish, are other feasible options. Laity Associations worth their salt must facilitate this initiative. In keeping with the Easter spirit, they, along with the Church hierarchy, must also let go of their penchant for power, bring in more transparency in their operations and empower the laity by making them co-partners, in keeping with the 10th August 2012 message of Pope Emeritus Benedict XVI to International Catholic Forum.  In  all the 171 dioceses, each parish must install a Parish Finance Committee (PFC) and account for all its receipts and payments.  A British era Lay Association in Kolkata is stiffly resisting much-needed reforms including grant of voting rights to its life members and discontinuation of its dubious practice of allowing some moneyed members exercise double voting rights. It insists on coterie culture, with all decision-making rights restricted to its 35-odd Executive Committee Members. This is not Catholic though the Association's name has the prefix Catholic!

With our faith in the Resurrected Christ, the sky is the limit for promoting Common Good through collaboration.

Note:  In India definition of Poverty Line has been a controversial issue. As per Suresh Tendulkar Committee (2009) poverty line stipulated is a benchmark of daily per capita expenditure of Rs 27/- and Rs 33/- in rural and urban  areas. It sparked off a furore as these numbers were considered too unrealistic and too low. Later ex-RBI Governor C.Rangarajan Committee (2014) raised these limits to Rs 32/- and Rs 47/- respectively. As per World Bank estimate, the Indian poverty was higher than 40% in 2005, while as per the Asian Development Bank it was 50%. The UNDP’s multi-dimensional Poverty Index finds the proportion of the poor to be higher than 55%.  (Source: NSSO data in Jagran Josh dated 24th November 2015).