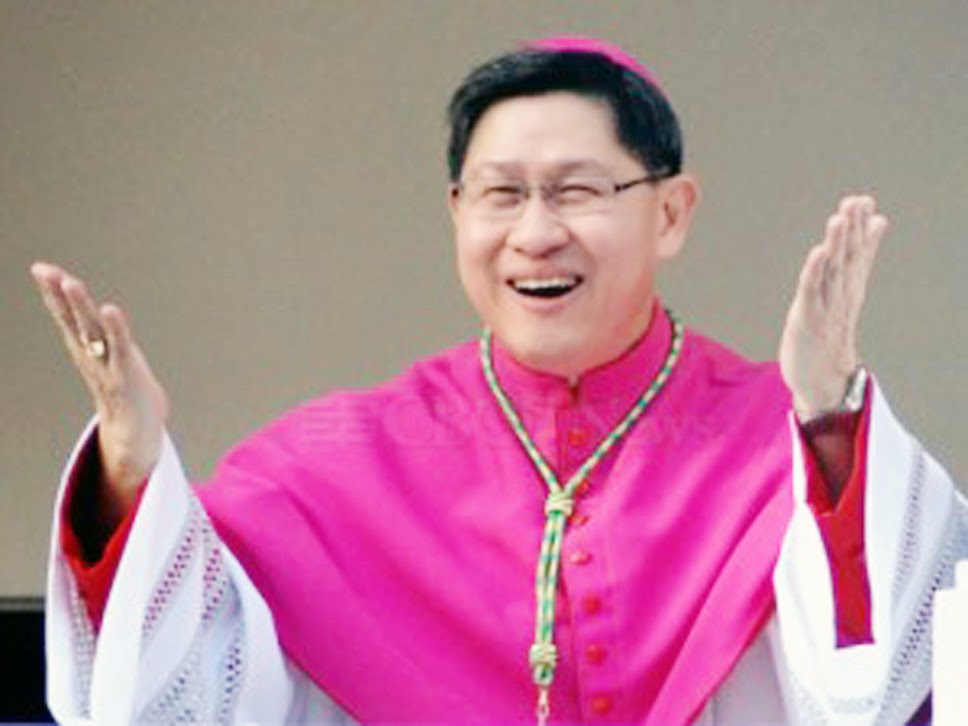 International media missed developing world's concerns at Synod of Family, Tagle says
Joe Torres, Manila
November 4, 2014
Philippines
Cardinal Luis Antonio Tagle of Manila has criticized what he called the Western-dominated international media, accusing it of ignoring major issues of concern to the developing world raised during the recent Synod of Bishops on the Family.
"Some people thought that the only topic discussed at the synod was divorce and gay union. I assure you, those were discussed. But I also assure you, those were not the only concerns," the cardinal said.
He said among the other important issues discussed were mixed marriages, domestic violence, pornography, poverty and migration.
"When you talk about poverty, that's about employment, food, education … that's why it should be the concern of all and not only the Church," the cardinal told reporters during a Manila press conference last week.
The cardinal said separation of family members because of migration is "a different type of separation".
"It's not separation that's 'good riddance' but separation with pain," he said.
"So we ask, 'What kind of pastoral care can we give for the [contract] workers to remain faithful to their families … and what can we do for those left behind?'"
Cardinal Tagle described the media coverage of the synod as "fair" although he expressed dismay at the "agenda" of journalists who only focused on issues that were of interest to the West, especially divorce and same-sex unions.
"Let's say everyone wants to communicate something. So, without denying the other parts, they focus on one, and others will just be mentioned in passing. Is that fair?"
He said other important issues raised during the synod "were not given the proper exposure" in the media.
He also criticized the penchant of the media to label those who attended the synod. "I don't think it is helpful to label people."
"Labeling people as progressive, as conservative, as traditionalist, may hinder fully listening to them," he said.
"A person will always be deeper than any label. And no person especially talking about deep, deep mysteries — love, marriage, relationship — could be labeled. It is not helpful to the public," he added.
"The press is really dominated by the West," said the cardinal, one of three presidents of the synod held at the Vatican October 5-19. The Manila prelate has been a member of the 15-man council of the Synod of Bishops since 2012.
"It just shook me [that] there was not a single Asian journalist among the hundreds and hundreds of international journalists. Sad to say there was not a single African journalist also," he said.
"Who will report on the concerns of Asia? Who will report on the voice of Asia being raised in the synod hall?" the cardinal said.