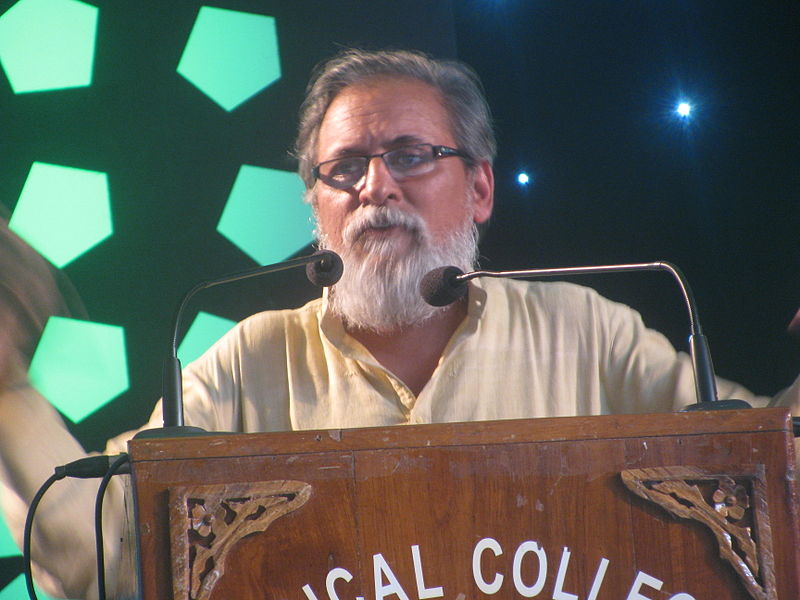 Here is an eye-opening report on innovation and traditional knowledge, in the Statesman Calcutta, thanks to Prof. Anil Gupta and his dedicated team of Sodh Yatra.  It once again proves that India is one country rich with varied cultures and colours and that knowledge can be found at every nook and corner of the country, if one has the eye for it.   Isaac Gomes, Asso. Editor, Church Citizens' Voice.

STATESMAN NEWS SERVICE,AHMEDABAD, 12th November 2017: An eight-year old boy, in one of the remotest villages in the country, has come up with a good idea for dealing with what urbanites now call `e-waste'.

Khurshid Asmed of Niru village in Gurez village of north Kashmir suggested that every locality or town should have a designated place to store all thrown away electrical and electronic goods so that some parts from each can be retrieved to be used for making new products.

Prof. Anil Gupta of the Indian Institute of Management, Ahmedabad (IIM-A), who led the 40th Sodh Yatra through Gurez valley for a week early this month, was confronted with this question of `e-waste' by young Khurshid during the journey in search of  traditional knowledge and innovations.

Khurshid, a child of a region devoid of internet and mobile phones, said that all parts of an obsolete electronic gadget are not non-functional and all such items should be stored at one place instead of being thrown away.

"Whoever can retrieve some functioning parts should take them and make new improvised devices" Prof. Gupta quoted Khurshid as telling the Sodh Yatris who trek through remote parts of the country twice a year in search local innovations, many of which have been displayed and honoured by the President of India.

The 40th Sodh Yatra organised by the Society for Research and Innovation for Initiative for Sustainable Technologies (SRISTI) twice every year, covered 45 kilometres through Gurez Valley in Bandipora District in seven days from October 27 to November 2.

The region remains cut off from the rest of the world for three to five months of the year due to more than 20 feet of snow on rooftops, often leading to collapse of wooden houses.

As the villagers bid good bye to the marchers from all over the country, one thing they demanded was books for their small libraries.

One participant from Mumbai had collected about a thousand books from the megacity and donated them to the higher secondary school at Badugaon village.

These would keep the children probably engaged for the four months they have to remain indoors under 20 feet of snow.

One more discovery that struck the Sodh Yatris was the almost total absence of malnourishment among the children. When they asked about this, the marchers were told that mothers here breastfeed their babies for two to three years and grow organic vegetables in their small gardens.

Prof. Anil Kumar Gupta is a globally renowned scholar in the area of grassroots innovations. He is the founder of the Honey Bee Network and he is also a Professor at the Indian Institute of Management, Ahmedabad. Besides, he holds the Executive Vice Chair of the National Innovation Foundation. He is also a fellow of the World Academy of Art and Science. He was awarded Padma Shri in the year 2004, one of the highest civilian awards in India, for his contributions to management education.