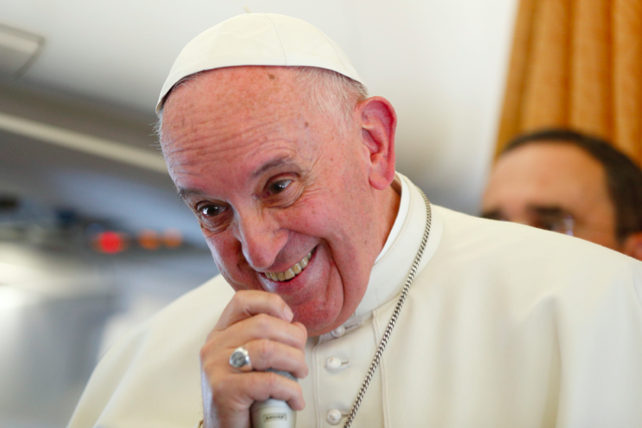 The Holy Father has reportedly allowed the Latin Church bishops in the Amazon region to debate a change to priestly discipline that would more closely align with the Eastern Catholic Churches. But the point is why is the Pope restricting this exploration only to the Amazon region and not opening it up in other countries especially India?  There is an urgent need at least for married deacons in India to lessen the load off the dwindling clergy. Isaac Gomes, Asso. Editor, Church Citizens' Voice.

VATICAN CITY 6th November 2017 — Pope Francis has reportedly said he will allow Latin-Rite bishops at a 2019 regional synod focusing on the Church in the Amazon basin to debate whether they should ordain married men of proven virtue to the priesthood.

According to the newspaper Il Messaggero, the Holy Father gave his permission in response to a question on the matter posed by Cardinal Claudio Hummes, the president of the Episcopal Commission for the Amazon.

The comments have been broadly interpreted in media outlets to mean that Pope Francis is considering opening the door for priests throughout the Catholic Church to get married. However, neither the Catholic nor the Orthodox Churches allow priests to marry after ordination. 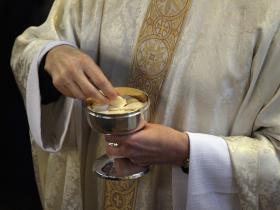 The Pope’s comments in response to Cardinal Hummes were specifically about whether viri probati or “proven men” could be ordained to the priesthood. Such men, who have displayed virtue and prudence, are thought by some to be a possible solution to a shortage of priestly vocations in Brazil.

Dr. Kurt Martens, a canon lawyer and professor at The Catholic University of America, said there is no reason to think that the Pope’s comments mean he is opening the door to permitting the ordination of married men throughout the Latin Church.

“Even if the synod would recommend or ask for the ordination of viri probati in the Pan-Amazon area, it is important to note that the Pope still would have to accept the request and make it into law, and it would most likely be limited to that area,” Martens told CNA.

“So we are not talking about changing the law on celibacy for the whole Church: it would be the ordination of viri probati for only that region,” he added.

The wildly lopsided ratio of Catholic faithful to priests in the Amazon region is driving the local bishops to consider ordaining married men as a pastoral means to nourishing their flocks with the Sacraments, particularly the Holy Eucharist. The region has 10,000 Catholics to one priest, about three times the worldwide ratio of Catholics to priests throughout the world, and more than five times the ratio in the United States. These priests have to cover a vast amount of territory that is difficult to traverse. The bishops are considering ordaining married deacons to the priesthood in order to provide the sacraments regularly to their indigenous communities.

The Pope has raised the possibility of the Latin Church adopting a married priesthood in previous interviews, although usually in response to direct questions about the subject.

Earlier this year, Pope Francis answered a question about the priest shortage in a March 8 interview published in the German weekly Die Zeit. The Holy offered a variety of possible solutions to the priest shortage, but did not mention the married priesthood until he was asked about it specifically.

In response, the Pope spoke about the possibility of the Latin Church ordaining ‘viri probati’, especially in areas “where priests are needed. But optional celibacy is not the solution,” he said.

The Holy Father, who is familiar with the Eastern tradition, has argued that the real reason for the priestly vocations crisis is not the celibate life, but rather a lack of commitment to a life of generous self-sacrifice. Even in the Eastern Churches, where a married and celibate priesthood have existed side-by-side since the Apostolic age, the wife must consent to her husband’s ordination, because this vocation will call them both to work and sacrifice together to dedicate their lives and their family to the service of the Church.

The celibate-only priesthood has long been a tradition of the Latin Church. In the 20thcentury, Pius XII began the exception of ordaining married ministers of some Protestant denominations who came into full communion with the Catholic Church, and petitioned to become priests.

From the Church’s early beginnings, bishops were selected from the celibate priests, a practice that continues today in the Eastern Catholic, Eastern Orthodox, Oriental Orthodox churches, as well as the Assyrian Church of the East.

In the 11th century, St. Gregory VII issued a decree requiring all priests to be celibate and asked his bishops to enforce it.

Father Gary Selin, a professor at St. John Vianney Seminary in Denver and author of Priestly Celibacy: Theological Foundations, told CNA earlier this year that while the debate in the Latin Church about married priesthood often focuses on pragmatic questions, it usually ignores the rich theological reasons behind the celibate priesthood.

“Jesus Christ himself never married, and there’s something about imitating the life our Lord in full that is very attractive,” Father Selin told CNA.

Pope Emeritus Benedict XVI also once told priests that celibacy agitates the world so much because it is a sign of the kingdom to come.

“It is true that for the agnostic world, the world in which God does not enter, celibacy is a great scandal, because it shows exactly that God is considered and experienced as reality. With the eschatological dimension of celibacy, the future world of God enters into the reality of our time. And should this disappear?” Benedict XVI said in 2010.

Christ himself said that no one would be married or given in marriage in heaven, and therefore celibacy is a sign of the beatific vision, Father Selin pointed out.

“Married life will pass away when we behold God face to face and all of us become part of the bridal Church,” Father Selin said. “The celibate is more of a direct symbol of that.”