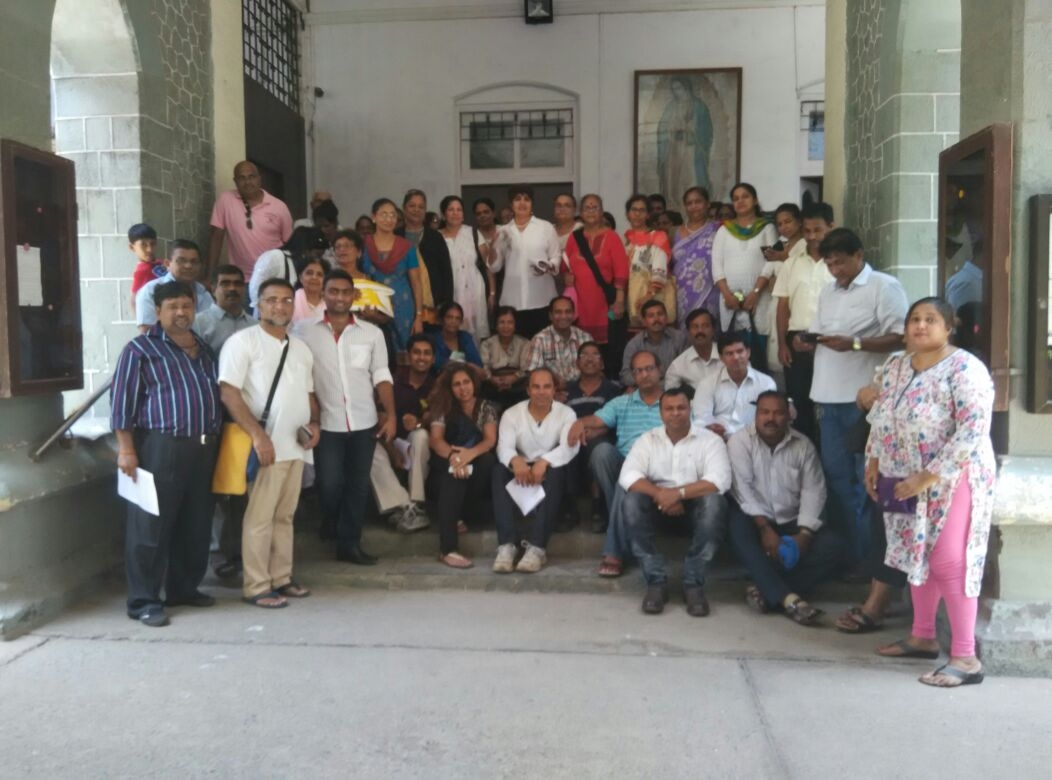 (Note: This is to introduce  the Voice of Bombay’s  Catholic Laity, also known  as LAITYTUDE,  to the readers of Church Citizen’s Voice. Laitytude is run by Sri Arcanjo Sodder for the last five years,  as an independent  Catholic news and views portal. The main reason for his starting Laitytude was the repeated refusal of Church owned and controlled publications, like Sathyadeepam, New Leder, Examiner, Herald etc. to publish independent, honest views and suggestions of concerned catholics like Sri Arcanjo.  The same was the reason for starting in Kerala the two websites, Almayasabdam in Malayalam, and Church citizens’ Voice in English.

Already for long Voice of Bombay Laity has been publishing outspoken articles by James Kottoor, which the official  Church publications were refusing to publish. Because  of this censorship by the Church to gang the laity from speaking out their views, any number of laity sponsored  internet portals are sprouting up across India. Prominent among are Kerala’s CCV and Bombay’s LAITYTUDE.

Of late cooperation between CCV and Laitytude has strengthened. The main purpose of both CCV and Laitytude is to strengthen the Catholic Church, not to attack or destroy it because  both strongly believe, as Pope Francis says, the Church is the people of God, not the clerical, Episcopal  hierarchy. All are equal as citizens in the kingdom of God.

Therefore there is no place for  “His Highness”  for some and “His Lowliness” among Jesus’ followers. This is highlighted by our name: “Church Citizens’ Voice” which includes all, from Pope to pauper. To know more about  LAITYTUDE visit: http://mumbailaity.wordpress.com,

All of us are here not to fight with the Church but to strengthen the Church and to expose all the rot so that it is cleansed of all the filth. It has been my experience  that if any of us tries to put our views in any of the church controlled newspaper the same will never be published if it has a contrary view.

I believe that all church properties should be protected and should be for the benefit of  Catholics. Unfortunately my experience has been that all the persons who have chosen to expose the rot are defamed and become victims of family pressure. The sad part is that some of the persons who were in the forefront  have today joined sects.

The mass was used to defame one Mr. Gordon Jacobs.Communion was refused to a person who chose to kneel and receive it on his tongue. Church land was sold without following due process of law and catholic tenants are now on the road. The list of injustices can go on and on.

We should have links of each other so that everybody comes to know the truth. I have also started recently a facebook site called Association of Concerned Catholics Networking Group where members   ( only Catholics ) can post what they want and also advertise for free. This will help the community in general.