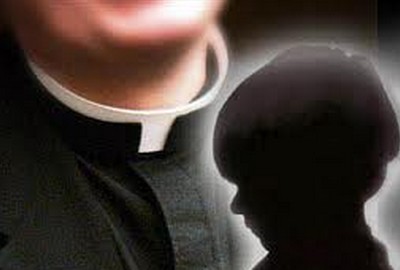 A bishop has refuted charges that a jailed priest from his central Indian diocese raped a nine-year-old girl.

Father Joseph Dhanaswami, 44, a priest from Ambikapur Diocese in Chhattisgarh state, was arrested Sept. 11 on charges of sexually abusing a fourth-grade student at Jyoti Mission High School where he was principal.

"The priest has been put in jail through no fault of his own," Bishop Patras Minj of Ambikapur told ucanews.com. The case was fabricated in a bid to defame the church, "which is popular among poor people because of its services," he said.

The state's top court rejected a bail application by Father Dhanaswami on Oct. 26 after prosecutors told the court that a chemical analysis found "semen and human spermatozoa" in the girl's undergarments.

The court order, which ucanews.com obtained Nov. 9, said a medical examination of the girl certified injuries on her wrists and genitals and that the medical officer "clearly opined" it to be a case "suggestive of sexual intercourse."

However, Bishop Minj said the semen in the undergarments was "fabricated evidence" as there was no mention of it in the initial police report.

Church authorities have demanded a DNA test on the semen found in the undergarments.

Chhattisgarh state is governed by the pro-Hindu Bharatiya Janata Party which church leaders say follows an ideology of making India a Hindu nation.

The church says it has continuously been on the receiving end of anti-Christian harassment.

Christians number less than 1 percent of the population in the Hindu-dominated state, where the church is engaged primarily in education and health care among the poor.

Bishop Minj has accused Hindu hard-liners of falsely implicating the priest and exerting pressure on state police and authorities to tarnish the church's image and intimidate people involved in church activities.

Last week he wrote to the National Human Rights Commission seeking its intervention to support the priest.

In October, the bishop wrote to Indian president Pranab Mukherjee to look into Father Dhanaswami's arrest but received no response.

"Now I am planning to call on the president in person so that he can take appropriate action," Bishop Minj said.

As well as the priest, the school hostel warden, Samaritan Sister Christ Maria, and a maid were also arrested. A court granted bail to the nun Sept. 23 but also rejected bail for the maid.

Church officials told ucanews.com that the girl was suffering from a skin disease that infected her genitals. Her mother and local groups blamed church workers for harming the child.