Auxiliary Bishop of the Archdiocese of Ernakulam–Angamaly

on the Controversial Land Deal

(Note: Bishop Edayanthrathu the Auxiliary was entrusted with writing this letter by the Cardinal to inform the priests the detailed facts of the land sale. So CCV is publishing it for the information of the general public, also to prevent spread of rumours based on tell-tale information. james kottoor, editor ccv) 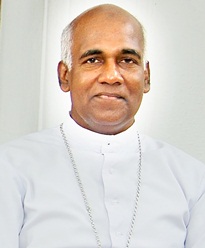 At the clergy conference of the archdiocese of Ernakulam-Angamaly held on December 21, 2017, we discussed the issues regarding the purchase and sale of land in the archdiocese. At the end of the conference, I was entrusted with the responsibility of informing all the priests the truth about the issues through a circular. Accordingly, I inform you about the facts related to the financial crisis facing the archdiocese.

a) 70.15 cents of land in front of Naipunya School at Kochi (Trikkakara)

b) 62.33 cents in front of the Trikkakara Bharat Mata College

The details given above are based on the documents and information regarding the financial crisis facing the archdiocese as a result of the land transactions. I submit them to the knowledge of the respected priests. There is no need to read out the circular in the parishes.

Hope everyone would stand united and sincerely pray and work to find a permanent solution to all the crises facing the archdiocese.

Yours in love and prayers