Why catholic girls are marrying into other religions? 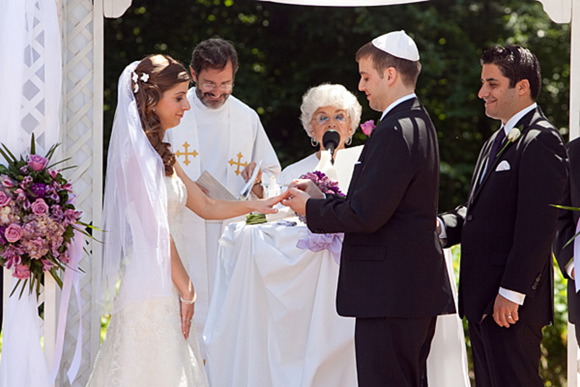 Whether it is Kerala or Kolkata, the reason for increasing number of our girls marrying into other religions is that they are not finding Christian grooms to match them in qualification and in outlook. Then there is the demand for dowry from grooms even if the girls are better educated and earn more than their grooms! This menace is aided and abetted by the Kerala Church.

However, our girls, thanks to their education, are no longer prepared to take things lying down and go by the dictates of the Church which irrespective of their upgraded skills and willingness to share these, treats women like second class citizens. Even though the Church extols Mother Mary to the sky, the position of the Woman in the church has not improved. The Christian Church, more so the Catholic Church, is beset with double-standards when it comes to our women, even nuns! Some parishes like Auxilium Parish Kolkata do not even allow girl mass servers!

Even though Vatican II has pronounced that the Church is to be built together by the Laity and the Clergy and members of the Laity are Co-partners and not collaborators, the Indian Church Hierarchy has turned both blind and deaf to the Vatican's pronouncements. Its officials behave like Corporate Honchos whether it is a parish priest, a school principal or a Bishop. In 99.5% cases one has to seek an appointment with them or meet them only during office hours, whereas in the words of Pope Francis they are supposed to "Smell the Sheep" 24×7. In most Catholic schools & colleges, the principals act like Prime Minister and are allergic talking to Catholic parents. There is hardly any interaction on the part of the authorities with Christian parents. Their very look and attitude (nuns included) chills the spine of Catholic parents. The first thing they ask of a layperson is “Where do you work?” Needless to say, the treatment accorded thereafter is proportionate to the enchanting looks and warmth of the wallet. Though the Indian Church led by the CBCI celebrated 50 Years of Vatican II with great festivity, most parishes including Bengal, have not formed the basic structures of Parish Pastoral Council (PPC) and Parish Finance Committee (PFC) to bring in transparency, accountability, checks and balances. Even though the Pope is shouting hoarse from the roof top on transparency and accountability and has called the world's best audit and consultancy firms to spruce up the Vatican's finance and systems, for the Indian Church transparency and accountability are big NO NO!

Most dioceses in India are still planning to implement PPCs and PFCs in their parishes. There is no uniform deadline for implementation and is no transparent Guideline on the formation PPC and PFC, allowing parish priests to interpret and bend the rules to suit his convenience. In the recently (March 2015) formed PPC in Auxilium Parish Kolkata there are some hoodlums who are on the Council without any announcement and transparent election process. The previous parish priest used these "Leaders" to hire goons to issue life-threats to some members of the Parish because they were upright and spoke up to him on issues of common good. The concerned parish priest has fled without any official handover of assets but the court case against him is still pending. A treaty was signed after a meeting at the Provincial House on 4th November 2014 between the new Salesian Provincial, his Economer, the new parish priest and members of Catholic Association of Bengal which was banned from operating in Auxilium Parish and whose members were threatened by the goons hired by the previous parish priest. One of the members was even ORALLY TERMINATED from her teaching job in Auxilium Church Primary School. For some strange reasons, in spite of the peace treaty having been signed between both parties and assurance to withdraw the court case against the absconding parish priest, the present parish priest is not allowing Catholic Association of Bengal Auxilium Parish Unit to restart or explaining his stand. Strangely he and a couple of his councillors advocated carrying on with the court case and expressed their unhappiness at the peace treaty. This he said after the signing of the treaty. He did not express his reservation during the meeting on the 4th November 2014. He is also totally tight-lipped about the resolving the oral termination of the teacher's job. This unexpected dithering on the part of the parish priest, in contravention of his Provincial's signing the peace agreement, is delaying withdrawal of the case and the Salesian Provincial is aware of this stalemate.

They present PPC is loaded with members who won’t speak out their minds and would toe the dotted line of the Parish Priest. Incidentally the Parish Finance Committee is yet to be formed. The deadline of 1st October 2014 is long gone by.

In a judgement (New Delhi IANS Oct 20, 2012), the Supreme Court said that the Menace of systemic corruption violates human rights. "Corruption is not only a punishable offence, but also undermines human rights, indirectly violating them" said the Apex Court Bench of Justice B.S. Chauhan and Justice Fikkir Mohamed Ibrahim Kalifulla in a judgement. Justice Chauhan said: "Systemic corruption is a human rights violation itself, as it leads to systematic economic crimes".

It is this systemic corruption including keeping the laity away from participation in ownership and management of church-run institutions, that is one of the reasons for our women marrying into other communities. To ensure our girls marry into our communities, our Youth and Women have to be empowered and involved more in church activities. The ideal mix of boys and girls, under some guidance, would encourage healthy relationship and marrying into Christian Community. The Youth today are sidelined without being given a decision-making role in Church activities. They are mainly called for photographic sessions for presentation to Church Dignitaries.

The Kerala Church is facing the impact of rapid urbanization, migration for jobs and India increasingly becoming a pluralistic society. Other states are facing this problem too in varying degrees. These problems can be countered by maintaining inter-state and inter-diocese family database which will be updated parishwise and diocesewise and come in handy in match-making, sponsorship and other aids. In this initiative help of the Pan-India Laity rich with qualified professionals in various fields can be taken by the Church.

As the Apostles did from the Pentecost Day, the Church has to reach out to the laity on a daily basis (for interaction on education, career counselling, vocational training, mother and child health & sanitation and eco-friendly housing – the basic emphasis being building the Family). Our women should be accorded due respect as CO-PARTNERS and the Church, along with the Laity, should read the signs of times, without being dogmatic