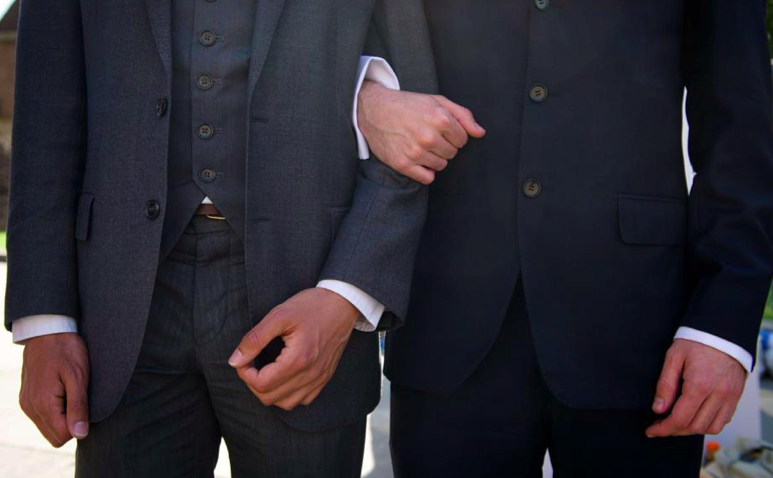 Sparks fly following a statement the cardinal made recently, saying: “I think it’s a positive development that states are free to open up civil marriage for gays if they want, but such unions should be given a different name than marriage.” He also pointed out that the Church has changed its idea on suicide.

(Note: This is just to point that there are wide variety of problems surrounding gay people in Church and society. It is a very complicated one. People are forced to change traditional concepts due to scientific study of behavioral patterns.

Once upon a time Sodomy was considered wrong or even sinful and it used to be traced to Sodom and Ghomora. Now it is found out that some of these tendencies are quite natural for some due to certain special build  up of bodies which is beyond the control of individuals concerned.

So what is most important for beginners is that they should go very slow in passing judgment on them as something intrinsically wrong. People are borne with certain inborn traits for which they should not be blamed, like for example one is a left hander, while most of us are right handed. Just take it in that spirit while we try to learn from those who study these issues scientifically. james kottoor, editor)

Belgian cardinal Godfried Daneels – who recently turned 80, losing his eligibility to vote in the Conclave as well as his position in Rome’s various Congregations – has come under the spotlight for some controversial statements he made regarding same-sex unions and the protests held by Catholics and non-Catholics against the "Taubita law", France’s same-sex marriage law.

“I think it’s a positive development that states are free to open up civil marriage for gays if they want,” Cardinal Daneels apparently told Dutch language newspaper De Tijd. He added, however, that such unions should be given a different name than marriage. In the eyes of the Church, a union between two people of the same sex is not “real marriage”. Real marriage can only be between a man and a woman. “But insofar as it is legal” “the Church does not have a say” in such laws, he apparently added.
Belgian French language newspaper L’Echo also quoted the cardinal saying that the French should obey the law and not oppose same-sex marriage. “We need to understand: The Church has never objected to the fact that there is a sort of 'marriage' between homosexuals – however we're talking about a sort of marriage. This is not the same as the true marriage between a man and a woman, so we need to find another word for the dictionary,” the cardinal said.
According to Danneels, today’s Church has developed a more “nuanced,” position without being “fixated” on moral principles. “How can a man not identify with his orientation? I think there is a clear evolution in the thinking of the Church.” He went on to compare the situation to the treatment of people who had committed suicide and were therefore denied burial in a Catholic cemetery, saying the Church now looks at the "totality" of the person.
Danneels was long known as one of the three European principals of the “liberal” bloc of the Catholic Church leadership. In the last two Conclaves he was also considered a possible candidate to succeed John Paul II – who created him cardinal in 1983 – and Benedict XVI. But his chances were radically weakened after all the criticism he received for his handling of sex-abuse cases in the Church.
2008 was a tough year for him after he was called to give evidence on cases of sex abuse. The cardinal stated he knew nothing about it (this was the first time a cardinal appeared before a Belgian court). But when Benedict accepted his resignation two years later, Cardinal Danneels had become entangled in the case of Fr. Roger Vangheluwe, a priest who was accused of abusing his grandson in the 70s and 80s. The abuse apparently began when Fr. Vangheluwe was a priest and carried on when he was bishop. Cardinal Danneels allegedly advised the victim to delay pressing charges until Vangheluwe, who was Bishop of Bruges at the time, had handed in his resignation.

The bishop’s grandson then promptly handed a voice recording of his conversation with the cardinal to the press. One of the newspapers, De Standaard, justified Danneel’s behaviour to a certain extent, describing his action as "containment, nothing more." It added that Danneels' "only aim is to avoid having the case made public so many years after the facts. The police questioned the cardinal on the case, which a priest had apparently tried to alert him about in 1996 but was ignored. The case tainted the cardinal’s reputation so much that church attendance in Belgium and vocation numbers reached an all-time low.