Sainthood process to start for another Goan missioner 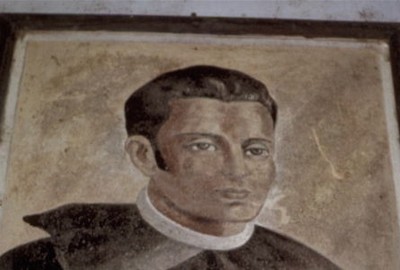 Panaji:(UCAN) Church officials in Goa are planning to start sainthood processes of Father Jacome Gonsalves, the missioner companion of Saint Joseph Vaz in Sri Lanka.
Father Eremita Rebello, former vice-postular for the cause of canonization of Blessed Joseph Vaz, said he is studying possibility of pursuing sainthood for Father Gonsalves, a multifaceted personality.
Father Goinsalves was a companion of Saint Joseph Vaz, the pioneering Goan missioner in Sri Lanka. Father Vaz was canonized in Colombo on January this year, 304 years after his death in the island nation.
Father Gonsalves, a linguist, poet and writer, assisted Saint Joseph Vaz in the mission by creating literature needed for spreading the faith.
Father Rebello said he is working to "gather information about the books written by Gonsalves as well as other literature on his life" in his attempt to prepare for start the canonization process.
Saint Vaz, working amid severe persecution from the Dutch, engaged Father Gonsalves for the huge task of composing the literature. The priest from Divar proved equal to the task and the large body of literature he produced earned him the sobriquet 'Father of Sinhala Christian literature'.
His copious work, comprising 42-odd religious texts written for the first time in Tamil and Sinhalese, as also a catechism, helped strengthen the faith on the island.
He died of natural causes on July 17, 1742 in Bolawatte, now under Chilaw diocese.
Except in special circumstances, a canonization process of a person can start only in the locality of his death. Church officials in Goa said they would communicate with Church in Chilaw.
"I will write to the parish priest of Bolawatte, where he was buried and his tomb is also located, and also Bishop of Chilaw to start the process for his canonization," Father Rebello, rector of sanctuary of St Joseph Vaz, said.?
Archbishop Filipe Neri Ferrao, many nuns, priests and around 2,000 devotees from Goa attended the historic canonization in Colombo. They also visited other places on the island.
"The visit in January gave us an opportunity to learn about Gonsalves' missionary work," Fermino Fernandes, a devotee of St Vaz, said.?
Father Gonsalves was born on June 8, 1676 to Thomas Gonsalves and Mariana de Abreu at Chorao and joined Congregation of the Oratorians on November 2, 1700. He later joined St Vaz with his other companions and helped build a strong church in Sri Lanka.?
Famous church historian S G Perera stated in his book on Gonsalves says that "Father Vaz planted and Father Gonsalves watered the vineyard of Ceylon and God gave it increase. It is these two priests more than to any other before or since, that the modern church in Ceylon owes its existence, its numbers, its traditions and its literature."