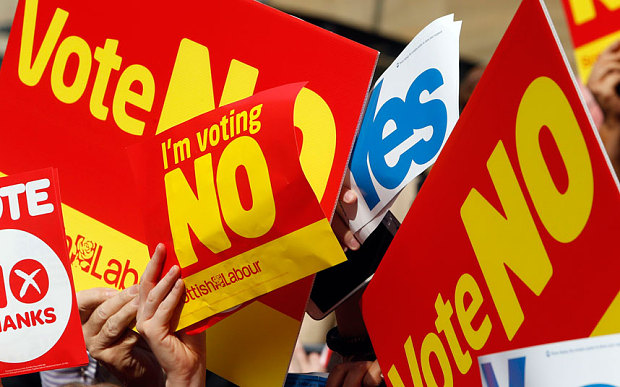 This is in response to the discussions on the conspiracy to deny the right of opinion for the general members of the Catholic Church in Kerala on a matter of vital interest to them. It is truism to repeat that the Church does not believe in informed discussion and dialogue within their view the “goats’ in any matter concerning its’ teachings. In this context permit me to quote from the autobiography of Hans Kung entitled “My struggle for Freedom” on his assessment of the final outcome of the deliberations of the Second Vatican Council (1962-1965) in which he was an active participant. “We rightly wanted to set a counterpoint to the Church’s cultural pessimism and the self righteous moralism of past centuries. No, the weakness of the Constitution is that on topics like marriage and family – beyond doubt the focal point of interest also among a wide public – it speaks very sweepingly on general aspects like holiness, love and fertility, but at the decisive point, namely responsible parenthood, and especially birth control and contraception, it remains deeply ambiguous.

there was vigorous arguments in the commission between the Council and members of the Curia above all, between Arch Bishop Mark mc Grath, who was in favour of reform and at whose invitation I had once addressed a group of Council fathers from the Holy Cross order, and Ottaviani’s man, Franciscan Fr Ermengildo, who will later write a fat work supporting the infertility of the teaching put forward in the encyclical Humanae Vitae against contraception. The morning with three speeches by Patriarch Maximos, Cardinal Leger and Cardinal Suenens is a high point of the debate in the Paula during the third session – after the vigorous attacks by Cardinal Ruffini (Palermo) and Arch Bishop Heenan (London). All three speak out clearly in favour of the revision of the Church teaching on ‘artificial’ birth control (the pill or other methods) and are greeted with great applause in the plenary…… He (Cardinal Suenens) thinks that the demand for a theological reorientation must now be made publicly in the Council for the first time. The Pope wants to leave things to a papal commission, he thinks, but one can be optimistic about that. We are both to be mistaken.

Of course the Curial party had by no means given up. There are the usual tricks: manipulation of the commission, the exclusion of theologians and lay experts, direct intervention from the Pope. The curials certainly cannot establish the short-cut solution (‘continence as means of birth control’, but they hope to be able to prevent a consistent solution along the lines of responsible parenthood. The equally urgent question of mixed marriages, mentioned by Cardinal Frings and originally addressed in the same council document, is likewise dropped; the Pope also wants to reply to this personally – unfortunately in the negative. The proposal for toleration of the marriage of the deserted spouse, which is proposed after practice of the Eastern churches and applauded in the Council, also does not get a hearing in the Commission. There are no discussions of such pressing questions in the Council plenary, but rather many superfluous interventions over particular formulations and arguments.

On 16th November 1965 the chapter on marriage and family which had been revised and discussed time and again is presented for a first vote. Again there are stern warnings from Cadinal Ottaviano that the principle of responsible parenthood is incompatible with Catholic Faith. Two votes produce more than 2000 ‘placet’ and only 91 or 144 ’non placet’.But thousands of proposals for emendation are sent in and are worked on day and night by the submission concerned.

However at the end of Novemebr there is again a dramatic intervention by Paul Vi. A whole seres of ‘modi’ are urged by the Secretariat of State.   These would change the text, already accepted by the necessary two-thirds majority, in the direction of the Curial minority. The most elementary rules of any parliamentary assembly are time and again arbitrarily passed over by the absolute ruler in the assembly of the Church. The commissions perplexed, annoyed, confused: is this an order from the Pope or only a suggestion? Only a suggestion,it is said soothingly, but notice must be taken of it. So what is to be done? My fellow ‘peritus’ the famous moral theologian, Bernard Haring who did the main work on this text and showed brave resistance to the pressures from the curia, will say in the post-conciliar Herder Commentary that the  “Commission majority with such wisdom and dignity that it deserves the admiration of posterity’….” What emerged despite all the deliberations and well made arguments was the draconian Humanae Vitae.

It is doubtful, judging the track record of the church, that something positive will come out of the Vatican despite the well-meaning modern views of Pope Francis. How hands seem to be tied behind the back by the all powerful mafia cabal, the curia.

Crony capitalists, who plunder and denude the earth of its’ resources with impunity for private profit at the cost of the future well-being of humanity are baring their swords. The henchmen of the powerful may not allow to last long.

The 10% owes 95% of the wealth of the world, leaving the 90% in misery and deprivation. The mandarins of Rome never lived in the vast slums of Rio or in the dumping yards of Philippines eking out an existence by picking discarded items. The agents of the powerful may not allow him toast long. His views and utterances are thorns in the flesh of the vested interests. The establishment is  mighty annoyed with him. May be that he is the last pope as predicted by the clairvoyant St Malachi of the 12th century.

In the final analysis, who is afraid of the dictums of the Church?

Here is still another letter we received from Mumbai

Dear James, I got your ID from a friend. We are a group of practicing Catholics at Mumbai, a team of four lawyers, professionals and activists. When there is no transparency in financial and church land sale matters…. we operate under the banner Association of Concerned Catholics (AOCC),

As far as the survey goes we too have asked for results as the majority of us Catholics were never part of the inputs of the survey. We believe that the laity has been taken for a ride by the clergy for far too long. and this must end. Sole trusteeship is the main cause and we have a copy of the judgement from the Kerela high court stating this sole trusteeship must end. This has never been implemented.