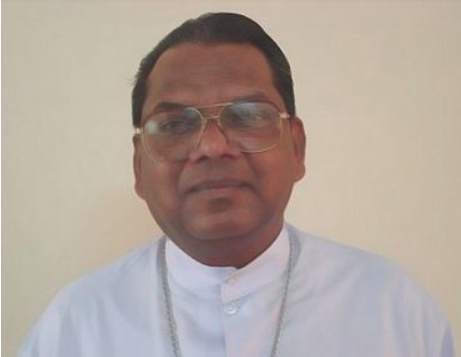 Note: What is significant is Ranchi has been the mother diocese of India’s tribal Catholics for the last 34 years under the distinguished leadership of Cardinal Telesphore Toppo who is 87 now.

He had submitted his resignation to Pope Francis couple of years ago but it had been rejected and he had been given an extension. Now Pope has accepted his resignation due to cardinal’s deteriorating health. CCV thanks him for his exemplary scarifying service for his flock.

Equally we congratulate Bishop Felix Toppo, a Jesuit like Pope, as the new Archbishop designate for Ranchi and pray that more men of talent and dedication from the tribal and dalite community come up to take leadership roles in the Catholic Church.

Meritocracy alone should be the rule followed in the appointment of priests and bishops, if allegations of class and caste distinctions ruling the roost in the church have to be wiped out completely. james kottoor, editor ccv.

Please read below the report in Matters India

The Pope has accepted the resignation of Cardinal Telesphore Toppo, who was the Ranchi archbishop for the past 34 years.

This was announced at noon in Rome and its corresponding time in India, according to a press release from the headquarters of the Catholic Bishops’ Conference of India (CBCI).

Archbishop-designate Toppo, a Jesuit, was born on November 21, 1947, in Tongo, a parish in Gumla diocese. He entered the Society of Jesus in 1968 and was ordained a priest in 1982. He has a Masters in Psychology from the Gregorian University, Rome.

He has served the Society of Jesus in various capacities as director of pre-novices, novice master and superior. He was appointed the bishop of Jamshedpur in 1997.

He is currently the governing body chairperson of the CBCI Society for Medical Education, North India; chairperson of the Regional Bishops’ Council of Jharkhand and Andaman and of two regional commissions; vice-chancellor of St. Albert’s College, Ranchi.

Earlier, he was the chairperson of the CBCI Office for Clergy and Religious and of the National Vocation Service Centre, Pune, for four years. Cardinal Toppo has been a bishop for the past 40 years. He became the bishop of Dumka in 1978, when he was 39. He is the first tribal cardinal from Asia.

He has served as the CBCI president as well as the president of the Conference of Catholic Bishops of India, the national association of Latin rite bishops in the country.