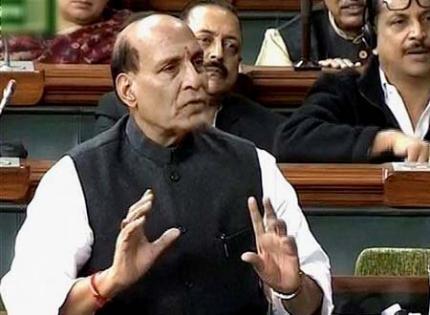 No injustice will be allowed to happen to Christians in the country, home minister Rajnath Singh assured the community on Thursday, as he asserted that Indian tradition and culture are similar to Christianity.

Addressing a Christmas celebration, organised by Catholic Bishops Conference of India, the home minister asked the community leaders to contact him directly if any injustice is done to them anywhere in the country.

“I want to assure all bishops and cardinals that if you face any problem, contact me directly. I will not allow any injustice to happen to you,” he said in the presence of community members, several MPs and diplomats.Mr Singh said he, the NDA government and Prime Minister Narendra Modi always stand by the side of Christians of the country and no one should have any doubt about that.

Referring to certain attacks on churches and Christian institutions just before the last Delhi Assembly polls, Mr Singh said he was deeply hurt by such attacks and had instructed the police to ensure that such incidents were stopped immediately.

“You may call it as a conspiracy or coincidence, but all such incidents had happened before the Delhi elections and stopped after the polls. I don’t know why did it happen,” he said.