​Islam, ours and theirs 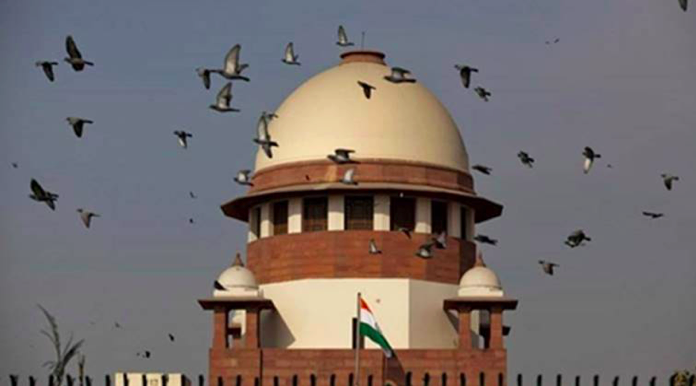 SC stand on triple talaq remains to be seen. But male monopoly over reading of Islam is under serious challenge.Supreme Court of India

(Note: Again it is: Tripple talq, and the view is from Indian Expres. The central question here is whether the Islam of the Mullahs and Muftis is opposed to the principles of the Constitutions of India. If it is; how can it be tolerated. Constitution guarantees equality and freedom of choice to all, both men and women. Islam denies them to women who are married, whom their husbands can cast away with a triple talaq, which women are allowed to do to their husbands.

Then how can they be allowed to live in India? This is not permitted even in some of the Muslim(Theocratic or Religious) countries and India is a secular country, not religious or Theocratic.It means true Islamic principles, teachings and liberal Muslims are in perfect agreement. It is the Orthodox Muslims who want double divided loyalties, one for personal religious family life and another for public secular life.

It is these people who migrate to liberal secular countries in Europe or Americas and demand all their freedoms  and also the freedom to practice their personal beliefs, but would not give the same freedom to foreigners in their own countries. Such  Muslims should be denied entry into democratic secular countries. A bridge is for a two-way traffic, not one way. The world community  should think seriously about it. Elementary rules for the common good which the constitution of any country prescribes should be binding  all religious groups – Muslim, Christian, Hindu, Sikh or Buddhist. This is what the Uniform Civil code prescribes. One who disobeys the Constitution of India cannot and should not be a citizen of India. They  should be expelled for being antinational. It should be as simple as that.

What about polygamy banned in many Muslim majority countries and the ongoing fight between Sunnies and Shiyas? So let Muslims put their own house in order before  imposing their religious orders on India. Let justice prevail everywhere. James kottoor, editor)

The unfolding drama over the issues of triple talaq, halala marriage and polygamy, in and outside the Supreme Court of India, opens up the larger question of whether the Islam of the mullahs and muftis is at odds with the principles of equality, non-discrimination, personal liberty and free choice enshrined in the Indian Constitution.

One often hears the reigning high priests of Indian Islam proclaim: We believe in Islam and we also have faith in the Indian Constitution. In practice, this often shows up as divided loyalty. This is evident in the current debate as it was in the Haji Ali dargah controversy earlier. Equally apparent is the emerging idea of Islam which is in conflict with the Islam of the orthodox but in consonance with constitutional values. Some Muslims talk of “our Islam” vs “their Islam”.

In the Haji Ali dargah case, two Muslim women activists had petitioned the Bombay High Court asserting both their constitutional and Islamic rights to equal access, on par with men, to the sanctum sanctorum. The trustees claimed their 2011-12 decision restricting women’s access was in accordance with Shariah law and therefore part of their constitutionally guaranteed right to religious freedom. In July this year, the high court ruled in favour of the women activists. An appeal by the dargah’s trustees is now before the Supreme  Court, which has asked them to come up with a “progressive solution”.

The same conflict between orthodox Islam and the constitution is now in evidence with the petition of a Muslim woman victim of instant divorce from Uttarakhand, Shayara Bano, pending before the Supreme Court seeking the abolition of and declaration of triple talaq, halala marriage and polygamy as unconstitutional.

Two other Muslim women — Afreen Rehman (Rajasthan) Ishrat Jahan (West Bengal) — and three Muslim women’s organisations — Bharatiya Muslim Mahila Andolan (BMMA), Bebaak Collective and All India Muslim Women Personal Law Board (AIMWPLB) — have lined up alongside Shayara Bano in the apex court. Outside the court, a group calling itself “Muslim men for gender justice” collected nearly 150 signatures in a day from over three dozen cities across the country in support of the women petitioners. Significantly, while the Bebaak Collective (a joint platform of several Muslim women’s groups), is focused on triple talaq, halala marriage and polygamy being declaredunconstitutional, BMMA is hoping for a verdict which also deems these practices as “un-Islamic”.

Ranged against them is the All India Muslim Personal Law Board which has filed an affidavit staunchly defending triple talaq and polygamy, arguing that the apex court must not interfere in Muslim personal law. The Board is backed by the Jamiatul-ulema, the Jamaat-e-Islami and other Muslim bodies. What has provided extra charge to the orthodox position is the fact of the Muslim-unfriendly Modi government filing an affidavit in the Supreme Court which supports the women petitioners. To them this is nothing but the first step towards enacting a uniform civil code on Indian Muslims in keeping with the sangh parivar’s long-standing agenda.

In the past, while dealing with cases where a litigant invoked the right to freedom of religion (Article 25), the Supreme Court has based its verdicts on whether the practice in question was “an integral and essential part of [the] religion [concerned]”. The Board and its supporters insist that triple talaq and polygamy are “an integral and essential part of Islam”. What’s more, it is claimed that Shariah law is God-given and therefore immutable.

If such be the case, how is it that, forget Shias, even the Sunni Ahl-e-Hadith sect in India, considers triple talaq unacceptable? How has instant divorce been declared unlawful, polygamy banned or made conditional in many Muslim-majority countries? Is it not a fact that the entire Shariah corpus — compilation of opinions and rulings based on interpretations of the Quran and Ahadith — is man-made?

Why are Sunni ulema hell-bent on defending the continuance of triple talaq which is not only contrary to the unambiguous Quran injunction, but which even according to them is “theologically repugnant”? What, except their male-centred worldview, stops them from seeing the two-faceted nature of the Quranic stipulations concerning women: Some truly progressive by the prevailing cultural sensibilities at Islam’s birth, some like “directive principles” pointing towards a far more egalitarian and gender just future society?

Will the Supreme Court revert to the “essentiality” criterion in the present case? Or should it refrain from stepping on this “slippery slope” and limit itself, as some legal luminaries suggest, to the position that the constitutional right to freedom of religion (Article 25) is subservient to the equality, non-discrimination and personal liberty principles that precede it?

Which approach the apex court adopts remains to be seen. But one thing is clear. The centuries-old Muslim male monopoly over the interpretation of Islam is under serious challenge. Across the globe, an increasing number of Muslim women and men are now doing their own reading of religious texts and coming to the same conclusion. That the core values enshrined in the Quran are consonant with the fundamental rights and freedoms embedded in the Indian Constitution, as also the UN’s Universal Declaration of Human Rights, 1948. The real conflict today, then, is between their “our Islam” and the supremacist, misogynist “their Islam” of the patriarchs.

Islamic scholar Aziza Hibri keeps it simple: “Where there is no justice, there is no Islam”. Let the Board and its ardent supporters explain to the Supreme Court and the rest of us how triple talaq and polygamy practices are egalitarian or just.(The writer is general secretary, Muslims for Secular Democracy, and co-editor, ‘Communalism Combat)