Read below some thoughtful comments(Excerpts only) from Yashwant Sinha  in NDTV, on 3 Farm Laws. Sinha, jockingly called ‘Rollback Sinha’ was former BJP leader, as Minister of Finance (1998-2002) and Minister of External Affairs (2002-2004) under Vajpayee.

If Farmers  cultivate the land  to feed the people, Politicians cultivate the farmers to rule the people, it is said. This divergence of interests has been the cause of farmers’ revolts in India from independence till today!

What is happening in India today under BJP dispensation, while the Farmers’ protest is still going on even after 70 days? You the readers decide after reflecting on the independant observations of a Yashwant who was never "Obstinate” but ready to change his views after listerning to wise counsels. james kottoor, editor ccv.

“There is no doubt that the government has erred in getting these laws passed; first, as ordinances; second, by not referring them to the Standing Committee; third, by rejecting the demand in Rajya Sabha to refer it to a Select Committee; fourth, by opposing the demand for division in that House; fifth, by getting it passed in Rajya Sabha in clear violation of rules; and finally, by not listening to the farmers for whose good all this is being done.

“This is not statesmanship, it is obstinacy and governments do not function on the basis of the obstinacy of one person. The cost of the nation-wide agitation which is going on against the farm laws has not yet been calculated but there is no doubt that it will be huge. Who should be held responsible for it?

“Parliament has its limitations. You can disrupt the functioning of the House. But for how long? It gets worse when one House is allowed to function and the other is not, by the same opposition, as between the Rajya Sabha and Lok Sabha in the current session. The people can see through the game political parties are playing in parliament. And when parliament fails, the street takes over. Parliament has failed as far as the three farm laws are concerned and therefore the street has taken over. It is not a good sign for our democracy. The government's offer to discuss it clause by clause with the farmers' representatives makes it worse because it impinges on the authority of parliament.

“The stand adopted by the contestants on this issue is diametrically opposed to each other's. The farmers want the laws to be repealed; the government has rejected this demand but offered to continue the discussions with them. So, the farmers' agitation has gone on for over 75 days with no end to it in sight. 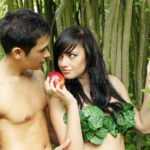 “The problem with a government which has near total control over the media, most of which toes the government's line day in and day out, is that while the people at large stop believing the 'truth' which is being thus dished out, the government becomes a victim of its own lies. The Prime Minister has not held a single press conference in the nearly seven years he has been in office. If he has given one-on-one interviews, it has been to journalists who are ready to prostrate themselves before him, with the questions cleared in advance by the PMO. He has avoided scrutiny completely. He lives in his own cocoon completely cut off from the people.

“The only thing the BJP believes in today is victory in elections, at all levels, from the panchayat to parliament. There is no doubt that the party has the best election fighting machine today, better than any party has had in the past. It commands humongous resources, unseen and unheard of in the past. But we also know from history that power and resources are of little use when the people rise. We may have to wait for that to happen but the farmers of India have shown the way.

“How do I see future events unfolding? The government will relent only if it realises that it is being damaged electorally. The first major test of that will be the Bengal elections. If it loses that election, it will be big setback especially in view of the hype which it has created around those elections by the BJP itself. If it wins in Bengal, then God save India.

“As far as I am concerned, I am happy being "Roll Back Sinha" rather than "Obstinate Yashwant".