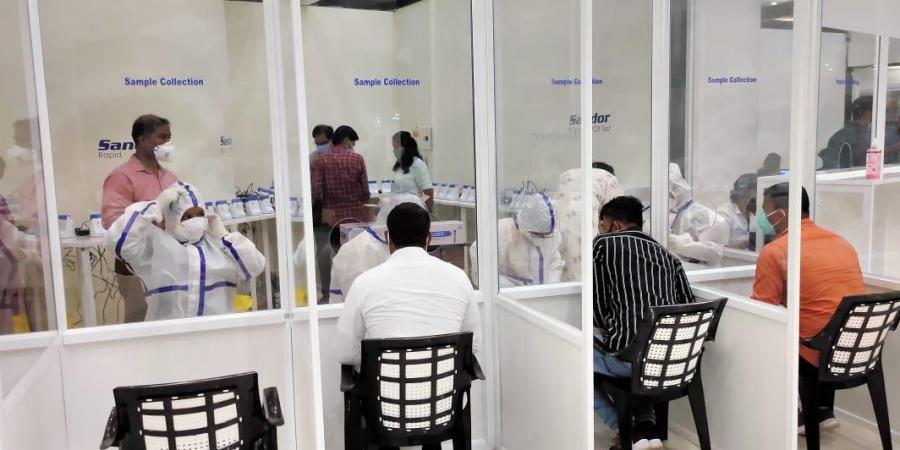 Everybody makes mistakes in one thing or another. Kerala is no exception. Kerala was the role model for the whole world in combating  Covid, now it is the last.  Kerala has now captured the first place in India and the world in the number of Covid infected patients. Why? Like feathers in the wind we have been carried away by our initial success! Cave cadas! Take care not to make a second mistake!

It is the first time the PM is making such a drastic reshuffle of his cabinet. As he is facing much criticism nationally and internationally on the way he handled the pandemic, one would have expected him to strengthen his healthy ministry handled by Dr. Harsh Vardan foolproof. That does not seem to have happened.

That is why we added a comment by Swati in NDTV at the end, which  please note. There is a whole lot of things the health ministry should do standing in the forefront and giving leadership to everybody else. That is what Biden is doing in US and what Trump failed miserably before Biden.

I happened to be in India 3 months ago where I got my first vaccine  and I was told to report after one month for the second. But the vaccine was not available even one month after the due date.

Here in Chicago: “Walk-in for free vaccine” boards are put up, and I got the second a week ago. The reception hall was bigger than a football ground but only with a handful of people. It is proof most of them here have already got vaccinated. Hence Biden does not insist on Mask or social distancing now.

What India needs urgently to do now  is to save dying lives to the pandemic, especially the poor. Luxury items like ‘Central Vista’ and Ram Temple can wait for prosperous times. Those who have ears to hear let them hear!  james kottoor (in Chicago) editor CCV.

Please read below Unnikrishnan on Kerala!

THIRUVANANTHAPURAM: The number of fresh Covid cases in Kerala has been increasing for the past few weeks, raising concerns about the trajectory of the pandemic situation. A steady rise in cases over the past two weeks after a drastic drop since the end of May has also put a question mark on the containment measures adopted by the state. Health experts have cautioned about the compounding effect of the steady rise in the number of patients infected by the virus everyday. 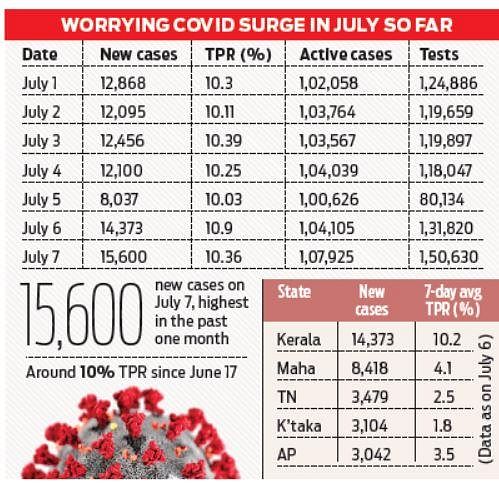 Kerala has the highest number of new cases among the states and more TPR than bigger states. Experts said the present situation is prime for further uptick, if not another wave. “Daily cases are likely to touch the 20,000-25,000 mark soon, as the curve is still rising steeply. A large section of the susceptible population and low reach of vaccination have made the situation vulnerable for an increase in cases. The trend was, in fact, evident from the close examination of data from the past two weeks,” said immunologist and public health expert Dr Padmanabha Shenoy.

The dynamic nature of the pandemic calls for a dynamic strategy on the part of the government. The number of tests conducted per day and contact tracing have come down after crossing the peak of the second wave. While most districts have been given fixed targets for testing, the strategy has been criticised as unsuitable to deal with a pandemic situation.

“The spread has increased due to low number of testing and poor contact tracing measures. We have not been able to crush the curve. Instead, the flattening of the curve resulted in the high number of new positive cases and high TPR. The number of people with serious illness has not come down as we expected,” said  Indian Medical Association state secretary Dr Gopikumar P.

Health economist Rijo M John said a TPR above 10% calls for more testing to be done. “By increasing the number of tests, you can always find more cases and isolate them more. It will help in controlling the spread. It is still a mystery why Kerala has high plateauing,” he said.The high plateauing of new Covid cases and TPR in the state has prompted the Union health ministry to send an expert team to monitor the situation. The two-member central team also suggested measures to strengthen contact tracing and quarantining on the first day of their visit on Monday.

“The plateauing of TPR at 10% is due to the high infectivity of the virus as compared to the plateauing of around 5% in the first wave. It is likely to decrease by the fourth week of July. But we are expecting a third wave by August,” said Dr S S Santhoshkumar, deputy superintendent, Government Medical College Hospital, Thiruvananthapuram.