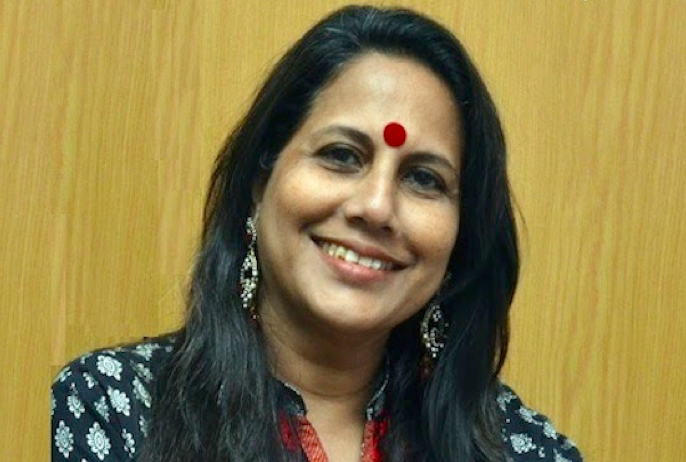 (Note: Is there any use beating a dead horse? So much has been written and so much has been discussed on the international Forum  (recall Dublin world Confrence) but still to this day the Catholic Church refuses to engage in a rational discussion of the subject, even when it projects sky high its very rational, philosophers, theologians and saints like Aquinas and Augustine? Why has it become so adamant like an ass perpetually kicking with its Diktas: “discussion is closed!” Who can ever close it when man is created with light called  “Reason” to argue, and not to bury that talent in the sand?

So every time that kind of arguments based on tradition is adduced all know Rome has run out of argument and the world shout: “Rome has spoken” and so let world-wide discussion start to discredit Rome’s persistence to hide it’s head in the sand like an Ostrich and refuse to entertain any dialogue. So Rome should forthwith stop all dialogue with other Christians, other religions etc. Can’t allow any selective dialogue based on the whims and fancies of the party  too sure of its winning argument.

All such people with closed minds stand condemned by Chapater 23 of Mathew, which is a live description of the Catholic hierarchical church today.

I am a great admirer of the Open minded Francis Pappa, though I never could swallow when he forbad discussion on the topic. May be the problem is this: how can he open the lid of the boiling kettle which his predecessor whom he made a saint, shut  tight? So the argument may be that, like John Paul II, Benedict and Francis also will eventually disappear from the scene and then the one who comes after can remove the lid for a free for all discussion without seriously hurting any of the highly placed saints.

For those who don’t want to wait that far I suggest the very practical step suggested by Astrid, the writer of this article: File a suit following the good example of our Muslim and Hindu sisters. This is all the more demanded by the example and action taken by Jesus himself (the exemplar “par excellence” of non-violence) taking a whip in hand and rushing to lash out at the trading traditionalists and in the process turning upside down their cash tables. I hope you won’t say that wasn’t  violence pure and simple?

Why Jesus did that? Because he did first, all what reason and persuaton prescribed, he did even what Indian moral code prescribes: Samam, Danam, Bhedam (short of ‘Dednam’).But no result! So as a last resort Jesus was taking up the whip. So as suggested by Astrid, let any one who has the time and money come forward to file a suite and put full stop to this one sided vertical dialogue with no rational response from the highly placed on the hierarchical pyramid. James kotoor, editor)

Indian women are redefining who has the last word with regard to religious traditions. In the past year, Hindu and Muslim women, fed up with the male appropriation of religion, have appealed to the courts for justice.

On Nov. 29 last year over 100 Muslim women and activists entered the sanctum sanctorumof the Haji Ali Dargah which houses the tomb of 14th-century saint, Sayed Peer Haji Ali Shah Bukhari, after the Bombay High Court struck down a ban imposed by its trustees five years ago.

The trustees said the earlier practice was un-Islamic and the ban would also avoid the intermingling of men and women in an enclosed space that they claimed was a source of mental disturbance to men and physical discomfort to women.

After repeated attempts to dialogue with the trustees and the Maharashtra State Minorities Commission failed, women from the Bharatiya Muslim Mahila Andolan (Indian Muslim women’s forum) filed a petition in the Bombay High Court.

After eight hearings the court ruled that the trust "had no right to discriminate," and "the right to manage the trust cannot override the right to practice religion itself." It also asked the state and the trust to ensure the "safety and security of women" entering the shrine.

The trust’s appeal to the Supreme Court, was struck down and the shrine’s management was directed by the top court in India "to do some secular introspection and come up with a progressive stand on women’s entry" into the shrine.

Prior to this, Hindu women had secured their own victory. In March last year, they managed to overturn a 400-year-old tradition of discrimination against them through a petition in the Bombay High Court.

Women activists appealed to the court to remove a ban on the entry of women of menstrual age to Shani Shingnapur temple in Maharashtra state. They argued that the ban was arbitrary, illegal and in violation of the fundamental rights of citizens. The Bombay High Court ruled that if men were granted entry to a place of worship, women should enjoy access too, and asked the Maharashtra government to ensure that women were not denied entry to any temple.

Another case involving the entry of women into Sabrimala temple in Kerala is still pending in the Supreme Court. The sensitivity of the case is evident from its long trajectory.

According to The Hindu, a reputed national daily, a "total of 10 Supreme Court judges, sitting in various combinations, have already heard the case in as many years." In April this year the bench was unexpectedly changed making it the sixth to hear the case.

Women’s entry into physical religious spaces however, is only the tip of the iceberg. Already questions are being asked about whether Hindu women, who have been competently trained in the Vedas and temple rituals, have a constitutional right to appointments as priests in temples especially those that are the property of the state and administered by the government. At the root of all these developments is the taboo that surrounds menstruating women.

Criticizing the Haji Ali trustees’ compromise which now allows women and men to pray about two meters from the tomb without touching it, activist Feroze Mithiborwala hits the nail on the head when he says: The solution they have found is "equality in discrimination. In their minds they still believe that women are impure." What few realize is that unless this underlying faulty premise is challenged, discriminatory religious practices will continue to go unchallenged.

When these cases first hit the news, I was asked if there were similar restrictions on the entry of menstruating women in the Catholic Church. On the face of it, no, but the truth is that the supposed ritual uncleanliness of women is also ingrained in the Catholic psyche, and prohibitions based on it have remained in official church law for the past 700 years.

Menstrual blood as well as the blood shed in childbirth were seen to make women "ritually" unclean. "Churching" was strictly observed as late as the 1960s, and prior to the 1983 Code of Canon Law women were not allowed to serve at the altar, or read the scriptures, or distribute Holy Communion.

If women could not perform any of these functions, they obviously could not also preside at the altar. Which raises a key question: How much of "the constant and universal tradition of the church" (Ordinatio Sacerdotalis, 4) with regard to the ban on women priests rests on women being considered ritually impure and having an "inferior" nature?

This is not a new question. What Indian women have shown us, however, is that it may be worthwhile to ask this question in a new setting, use as a new scale for justice.That the call to priesthood is a matter of faith is unquestionable. No one has the right to become a priest, neither men nor women. But surely God has the right to call whomever God wants?

And if we are all, women and men, equal in the sight of God and the law, do women not have equal rights to fulfill their calling to serve as ordained ministers and participate too in decision-making?

If they are prevented from doing so, is it not a form of discrimination that goes against the constitutional rights of Indian women? Can Indian Catholic women file a petition like their Hindu and Muslim sisters? It’s an intriguing thought.

(Astrid Lobo Gajiwala is a feminist theologian and activist based in Mumbai.)