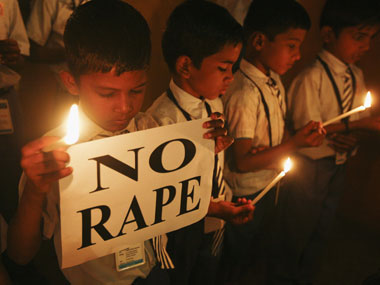 N Delhi: (UCAN). Women’s rights activists have lauded a ruling by India's Supreme Court directing lower courts not to allow rapists to attempt any form of compromise or mediation with their victims.

The top court's July 1 ruling came days after a High Court judge in south India granted bail to a convicted rapist to seek a negotiated marriage with his victim. However, the victim — who is a minor and has a child born as a consequence of the rape — refused and the case triggered a public outcry across the country.

It was "a spectacular error” and illegal for the state court to allow the convicted to seek a settlement in a rape case, Justices Dipak Misra and P C Pant said in their decision.

“The conception of compromise, under no circumstances, can be thought of in a case of rape or attempt to rape,” they said.

The bench passed the judgment while hearing a case of attempted rape of a minor in the western Indian state of Madhya Pradesh in 2008.

The decision said that the dignity of a woman is a part of her non-perishable and immortal self and no one should ever think of “painting it in clay”.

“There cannot be a compromise or settlement as it would be against her honor, which matters the most. Any kind of liberal approach or a thought of mediation in this regard is thoroughly and completely sans legal permissibility,” the judges said.

Women’s rights groups and activists across the country called the judgment a positive step for rape survivors.

“The court has upheld the dignity of women and their right to live safe and secure in this country,” said Jessy Kurian, a Catholic nun and practicing lawyer at the Supreme Court.

She told ucanews.com that the judgment is a “welcome step” for restoring the faith of rape victims across the country in the judiciary.

Another Supreme Court lawyer and nun Mary Scaria said the Supreme Court has given a direction not only for the legal fraternity but also for Indian society, where sometimes rape cases are hushed up purportedly to safeguard family prestige.
“Rape is not an offense which can be compounded. If anybody enters into such agreement, it only shows the patriarchal mindset which looks down upon women,” she added.

Ranjana Kumari, a leading rights activist, said the top court's direction comes at an important time, as the courts have gotten into the habit of helping settle between the violator and the rape victim, which is "totally unacceptable”.

“It is not in the court’s jurisdiction to ask for settlement between the two parties. Courts are supposed to deliver justice and not push the victims for compromise with a person who has inflicted bodily harm on her,” said Kumari, who heads the Centre for Social Research.

Jagmati Sangwan of the All India Democratic Women’s Association said the judgment is a strong signal from the highest judicial authority that any attempt by courts to settle rape cases through compromise will not be tolerated. She also said the judgment will encourage rape survivors and their families to go to the courts seeking justice,” she added.