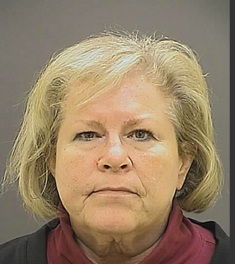 Baltimore: A Protestant bishop in the US has resigned after she was accused of knocking down a cyclist while driving drunk.

The Episcopal Diocese of Maryland announced Friday that it accepted the resignation of Heather Cook, who was bishop suffragan, reported in.news.yahoo.com.

Separately, the Episcopal Church announced it has revoked Cook’s clergy credentials, under an agreement with Cook. She is now considered a layperson.

Cook had been the second-highest ranking Episcopal leader in Maryland. The revocation of her credentials resolves any disciplinary matters with the church, officials said.

Cook faces charges of vehicular manslaughter, drunken driving and distracted driving stemming from a Dec. 27 accident. Prosecutors say Cook was drunk and texting when she fatally struck 41-year-old Tom Palermo on his bicycle. Cook is free on a US$2.5 million bail.

A June 4 trial date has been set in the case. Cook pleaded not guilty during her arraignment in April.

“She will no longer function as an ordained person in the Episcopal Church,” Irwin said. “More importantly on behalf of Ms. Cook, we continue to express our deepest sympathy and regret to the Palermo family for their tragic loss.”