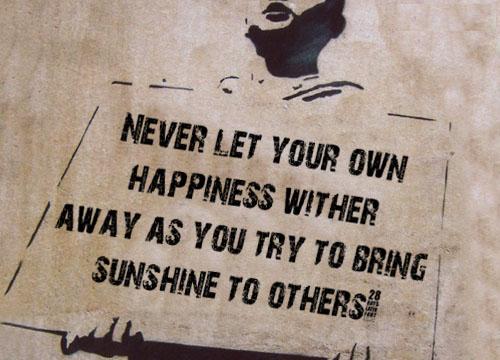 Ever since greed, materialism, and dishonesty have firmly established themselves in the center stage of world affairs, humanity is spiraling down on a slippery slope to self-destruction. The world is currently governed by uncontrolled capitalism and materialism whose devastating effects are seen everywhere. Humanity needs to put a stop to this course that leads only to destruction, and chart a holistic direction that leads to spiritual fulfillment as its destiny. After having lived and worked over 30 years in the USA, I witnessed to the reality that power, wealth, and affluence led only to misguided and destructive activities. Coming back to India, I witness to the same reality – the relentless pursuit of wealth. Education itself, a commercial enterprise anymore, is geared to careers that would acquire wealth, especially in the west and the oil rich gulf countries. I also realize that persons are willing to do in other countries low-paying menial jobs that they are unwilling to do in India. The currency notes that we use daily for exchange of goods and services in the USA contains the words: In God we trust. In India all the currency notes contain the picture of Gandhi, one of the most spiritual men in the world. It is interesting to note that a comedian who happened to be also a Hindu once said: Yesuvil en viswasam, keesail en aswasam (My faith is in Jesus, but my comfort or consolation is in my pocket, i. e., money). Humans obsessed with wealth seemed to be unconcerned with God and right living.

Wealth and affluence allow us to treat symptoms rather than deal with the causes that create the symptoms. A case in point: When I was living in the USA, obesity was becoming a pandemic there. Yet many persons were unwilling to use the term, obesity, and deal with overeating that caused it.  Two mental disorders such as anorexia nervosa (refusal to keep a minimal body weight due to a distorted body image) and bulimia nervosa (binge eating and vomiting to keep desired body weight) are eating disorders. Many persons who suffer from extreme overweight these days have bariatric surgery, a surgical procedure that started around 1965, and that typically reduces the size of the stomach so that persons cannot eat as much as they used to. The modern medicine in the west devotes enormous resources to cater to various life-styles that are often destructive. It also routinely performs unnecessary, expensive laboratory tests to maintain expensive machines and to avoid frivolous litigation. Bariatric surgery is not common in India. But instances of overeating and gorging are not uncommon especially among the affluent in India.

Satyannasti paro Dharmah (There is no religion or law that is higher than truth or reality) and Satyameva Jayate (Truth alone wins) come from the Hindu scriptures. Truth alone can set us free according to the New Testament of the Bible. Religions are becoming more and more irrelevant in that they do not practice what they preach, and they do not clearly focus on what really matters to people. Gandhi is relevant because in our age he put into practice truth understood as God and Ahimsa (non-violence) understood as perfect love, and modeled life for us as a spiritual person. In a world drifting aimlessly, truth and ahimsa (non-injury to humans and animals) alone can put humanity on the right course.