Will power to be health super power? 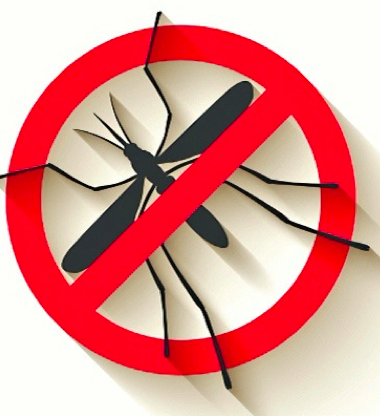 (Note:  For sure “India urgently needs to acquire the will to be a health superpower ….. It is pointless to speak about progress while our countrymen chatter on smart phones and squat beside railway lines in the morning. The purpose of Swachh Bharat is not about cosmetic cleanliness or the PWD beautification of parks, or politicians and actors spending Sunday ack emma with groupies and brooms for photo-ops and selfies.”

What is quoted above is taken from the article below itself. What is needed is not to wax eloquent about what India’s ancestors of yore achieved,  but surpass their level of excellence now. Besides it is foolish to put one system of medicine above another. Each has its own unparalleled bright spots, which others should accept with humility and appreciation. What is needed is not independence but interdependence and readiness to learn from each other in our modern times.

This is also pointed out by one who wrote a comment below. We Indians must be ready to imitate the real achievements of the West, or of anyone else, but stop aping anyone. Instead we should develop our Indian Ayurvedic system to a level where it will be sought after by the rest of the world. But the first thing we should put into

practice is: “Cleanliness is next to Godliness.” That is the substance of “Swachh Bharat”  All credit should go to Modi for popularizing that idea. When it comes to cleaning up the mess we have to do it, not Modi. We have to perform what we preach or perish. James kottoor, editor)

Medieval Europe was one of the dirtiest places on earth. People lived in vermin-infested, cramped dwellings and, if lucky, bathed twice a year. Ignorance reigned. The wealthy and aristocratic could bathe more, but believed water made one sick. Refuse, excreta, and offal were emptied on streets. The Black Plague that devastated Europe between 1346 and 1353 killed around 75-200 million people.

Leeches and bloodletting, which Western doctors believed cured all ailments, didn’t help. Meanwhile, in India, surgery was practiced in 300 BC. So what happened in this country, which records an average of 40,297 malaria deaths annually?

It’s a lack of will. Last week, Sri Lanka officially conquered malaria. India’s health sector allotment is just 1.3 per cent of its GDP; Sri Lanka’s is 1.6 per cent. The island country reforged itself as a brave new nation after decades of civil war. If India had the will to eradicate polio, it can become malaria- or dengue-free too. Our public health systems are rife with mismanagement, corruption and irresponsibility—over 15,000 doctor vacancies exist at primary health centres. There is no  obstetrician in 4,000 out of 5,000 community health centres.

India urgently needs to acquire the will to be a health superpower. It has a great medical heritage to draw upon. Sadly, ayurveda is marketed more in health spas, and yoga is seen as a cousin of pilates at health clubs.

To combat this ignorance, native medical systems should be integrated with the global, which cannot happen without mass education. The best instruction systems are hybrids, where skills from diverse cultural streams meet. A country cannot reach its maximum potential in the health sector without it. But India has the biggest population of the world’s illiterate adults—287 million. Indians need to be academically directed about the virtues of hygiene to combat epidemics, the importance of waste management to the environment and the relevance of socially conscious lifestyle practices to community health.

In short, like the medieval Europeans, do not wallow in filth. Do not be immune to oveflowing gutters and open drains where mosquitoes breed. Do not allow garbage to rot in dumps, where carriers of vector-borne diseases flourish. It is pointless to speak about progress while our countrymen chatter on smartphones and squat beside railway lines in the morning. The purpose of Swachh Bharat is not about cosmetic cleanliness or the PWD beautification of parks, or politicians and actors spending Sunday ack emma with groupies and brooms for photo-ops and selfies.

It’s not enough to pass a law. Educate citizens about why it’s been passed. It is not enough to just verbally glorify ancient India’s scientific prowess and boast of undocumented sci-fi inventions. India and Bharat have to come together and share the combined wisdom of tradition and technology to succeed as a world power.

The problem is that expertise is devalued and popularity somehow adds more weight to the uninformed opinion.
Do not confuse the distinct issues of Indian vs modern medicine, and the issue of how unhygeinic we Indians are.In one aspect the author does manage to make a good point: health awareness and literacy need to improve. Real measures for health such as ensuring actual cleanliness need to be taken.