Will Bihar help India make up its mind on Modi, Nitish? 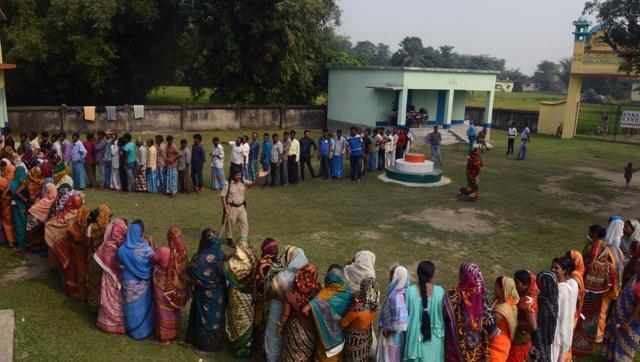 Nitish Kumar’s is a high-stakes, big losses or high-returns gamble in Bihar. He’d face oblivion if he loses. A victory would help him keep not just the CM’s office but emerge a challenger to Narendra Modi in the immediate or distant future.The pan-Indian dimensions of their provincial face-off are hard to ignore. Modi entered the contest as a leader with no national alternative. A defeat there could rob him of that air of invincibility.
He’d continue to be PM. But the political consequences of an adverse outcome could be deleterious for his government—delay as it would the numbers it direly needs in the Rajya Sabha. A kind of throwback on the UPA-2; the spectre of an alliance in power standing on one-leg against an Opposition united to scuttle or block legislation in Parliament to show it as weak. Or inept.

Conversely, if Modi wrests Bihar, he’d be the monarch of all that he surveys. The GST, the land law and all other legislations stuck in the quagmire of adversarial politics will be in place. Opposition to him would evaporate within and outside the NDA. For, in India, leaders who win polls for their parties aren’t questioned. They’re obeyed.
+++++++++++++++++++++++