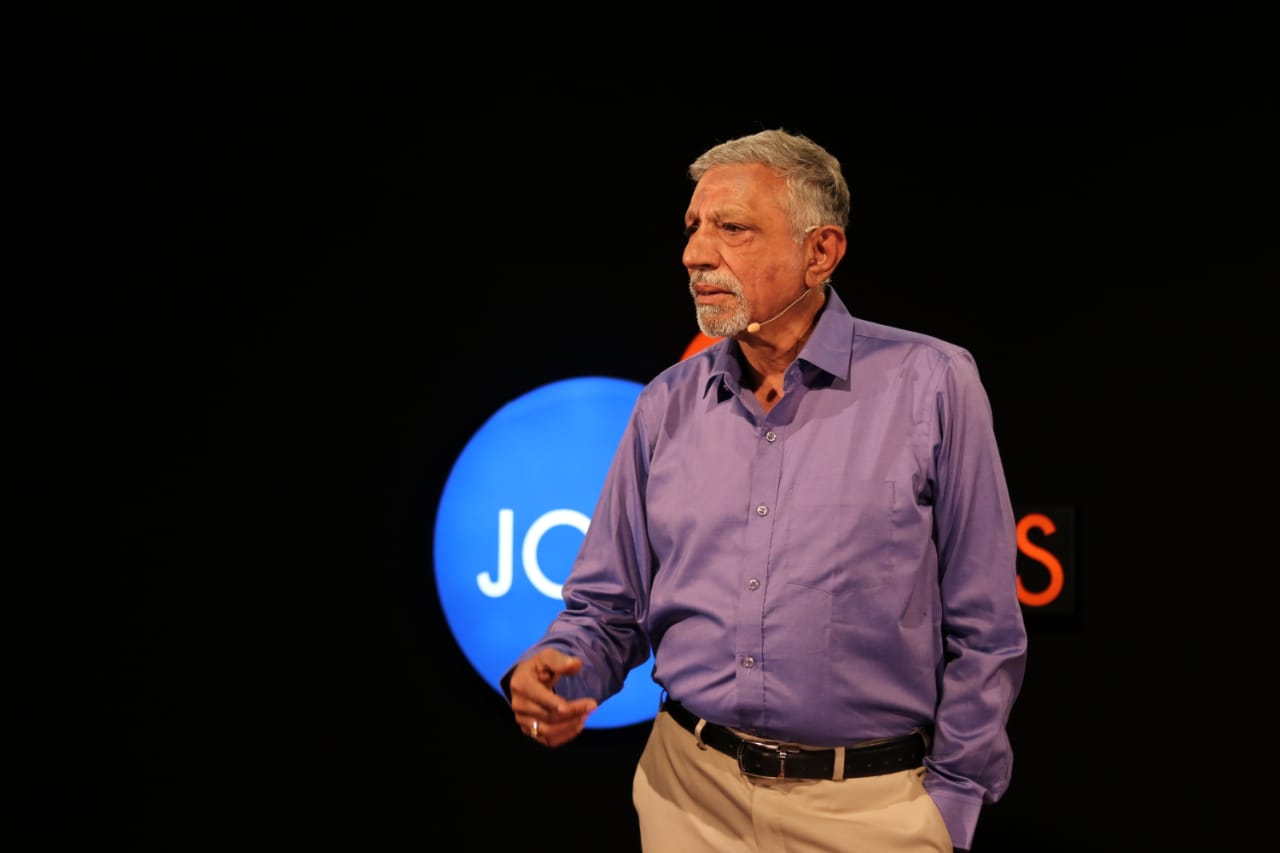 This article in today's Statesman Kolkata lucidly explains why instead of muscle-flexing and browbeating India, China needs India's friendship more than India needs China.  On 15th June, the birthday of Chinese President Xi Jinping, the Chinese army launched a sudden and ferocious attack on the Indian army in Ladakh, in the midst of disengagement reconnaissance.  In the brutal skirmish, 20 Indian bravehearts including their leader Colonel B Santosh Babu lost their lives.  The Chinese army too suffered huge casualty (reportedly 40 but neither confirmed nor denied by the Chinese authorities).   The  very strong rebuff by the Indian Army spoiled the pompous birthday celebration of Xi Jinping and totally altered the `Indi Chini Bhai Bhai' (India and China are brothers) equation. Instead of being subjugated to Chinese pressure, India stood its ground at Ladakh and at stragetic points, kept up pressure that China respects the Line of Actual Control (LAC) through army and diplomatic channels, and amidst domestic pressure to boycot Chinese products and services, banned 59 Chinese Apps and cancelled some large orders by the Indian Railways and other sectors. More such restrictions on Chinese products are to follow.  The Chinese aggression displeased many world nations, in particular the US, Australia, Taiwan, Japan, Vietnam, Philippines and others.  All, including France and Russia,  strongly supported India.  This cystallised into the revival of Quadrilateral Security Dialogue (QSD, also known as the QUAD) is an informal strategic forum among the United States, Japan, Australia and India that is maintained by semi-regular summits, information exchanges and military drills as a response to increased Chinese economic and military power.  To put international pressure on China, the US has sent two aircraft carriers — the Ronald Reagan and the Nimitz — deployed “in support of a free and open Indo-Pacific,” in South China Sea, as a reminder to Beijing of the United States’ commitment to allies in the region. In this world scenario, yesterday China and India agreed to a pull-back of troops 1.5-2 kilometers away from the LAC.  It is a major victory for India, after the Chinese  retreat from Doklam in 2017.  But India has to keep up its vigil, bearing in mind the history of China's repeated deceit and treachery.  The article in the Statesman has to be read in this perspective. Isaac Gomes, Associate Editor, Church Citizens' Voice.

The Global Times, China’s propaganda mouthpiece, has mentioned in many editorials that India should be careful about the way it responds to American provocations.  It should not act in a manner that makes China an adversary.  It has stated that India needs China to develop economically. Similar words were echoed when India blocked Chinese investments. The Chinese press has commented, “If India joins the US in confronting China, China will not hesitate to protect its interests, whether political or economic. The cost of losing China’s friendship will be too high for India to bear.”

China mistakenly believes that its economic and military superiority gives it the power to dominate the region and India must toe its line.  Is it the reality?

Has China ever considered the impact of having the second most powerful nation in Asia as an enemy?  Has it realised that India can, with time, reduce its economic dependence on China, the loss of which would be China’s?  China has possibly ignored the first blunt message sent by India when it imposed restrictions on Chinese investments.  China may currently feel secure on Indian policies of Panchsheel  and non-interference in their internal affairs, but once India changes tack, it could embarrass China.

China assumes that its larger military budget and better hybrid warfare capability with non-kinetic weapons, would give it an advantage.  However, it needs to realise that ultimate victory would flow from capturing claimed territory. For this it would need to overrun the Indian defensive positions, occupied by the same troops who displayed confidence, ferocity and an unwillingness to back down, despite odds at Galwan.

In 1962, despite poor weapons, logistics and clothing, the Indian soldier stood his ground and even gave the Chinese a bloody nose.  The Indian army is vastly stronger today.  Chinese operations would never be a cakewalk and would add to their record of humiliating withdrawals as in Vietnam. For China India is a market it cannot lose.  Its desperation for India to join the Regional Comprehensive Economic Partnership (RCEP), proposed by Asean, is on account of the size of the Indian market.  China may sound indifferent to Indian calls for boycotting Chinese goods,  but it is concerned. A Chinese editorial stated, “Chinese experts warn Indians,  boycotting Chinese products will bring no good to India.”

The government decision to ban Chinese Apps, reduce power and solar sector imports, block participation of Chinese concerns in India’s development projects and monitor Chinese investments have impacted China. The ban on Chinese Apps by India would be emulated by other nations. The Chinese spokesperson and their Ambassador in India have been regularly voicing concerns on this decision, but to no avail.

India is a nation sought globally as a strategic military and economic partner. This is because of India’s growing power.  The Indian armed forces are the only one in Asia to challenge Chinese might.  The fact that India does not seek confrontation is because India desires peace and development. India has iterated on multiple occasions that its alliances are not against China. However, if China continues its offensive approach, Indian policies could undergo a change.

India could participate in activities alongside with the US and QUAD, adding strength to their power. It could lead in militarising the QUAD. Providing berthing facilities to the US in any Indian port would ensure that Chinese shipping in the Indian Ocean would remain under scrutiny. CPEC is no counter to shipping. For every barrel of oil moved through the CPEC there is an additional cost of $12.  India has never participated with the US in its Freedom for Navigation Operations in the South and East China Sea. Would China desire that India join such operations?

Globally, India has multiple avenues to embarrass China. Granting greater visibility to the Dalai Lama and the Tibetan Government in Exile,  adversely commenting on Chinese actions in the South and East China Seas and as head of the World Health Assembly direct the global investigation into the origins of Coronavirus  in Wuhan, are just some measures.

Embarrassment can be added by reneging on its One China Policy and raising voices in support of Tibet, Taiwan and Hong Kong. This would hurt as such calls would now flow from a country which has maintained a studied silence on the internal matters of China.

India can add to Chinese worries by constantly enhancing pressure, both military and diplomatic, on Pakistan. It could commence by providing open support to the Baluchistan insurgency on the same lines as China supported the North-east insurgency in India.  This could open all its CPEC projects, particularly in Baluchistan and at the terminal stage near Gwadar, to interdiction.     It would make operating the Gwadar Port a major challenge.

In Southeast Asia and Europe, China is fast losing its grip on nations.  Its offensive activities and wolf warrior diplomacy have pushed it aside.  The US challenges China economically and militarily in the Indo-Pacific.  Asean nations have united to criticise China.  Australia desires to enhance military ties with India to counter China. In summary while China is being rejected, India is being accepted. Post Covid-19 while China lost credibility and friends, India gained in far greater measure.

Thus far, India has never been a threat to China.  It never sought any territory beyond what it possesses,   never sought to threaten Chinese projects under the CPEC transiting through disputed territory. However, when China resorts to unilateral actions, India may be compelled to reconsider its policies and act in strong national interest, ignoring Chinese objections. The Indian armed forces have displayed that they would never back down under any form of threat and possess the power to counter Chinese aggression.

It is essential for China to reconsider its outlook towards India, rather than the other way round. At a stage when China is alone battling the world, it should seek cooperation from India rather than enmity.  In the long term, enmity with India would impact China adversely.  It needs a friendly India more than India needs a friendly China.