When Will We Ever Learn…? 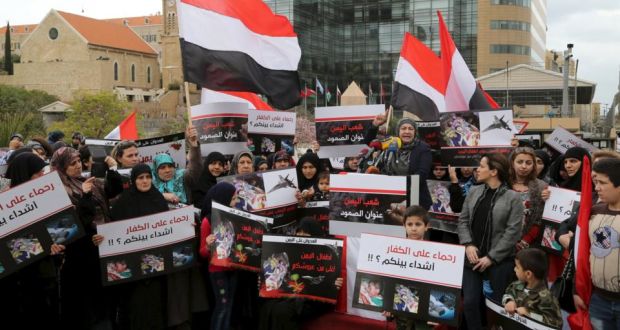 It is exactly eighty years since that infamous night of November 9-10, 1938. The world will never ever forget that night known as the ‘Reichspogromnacht’ or by a seemingly more pleasant sounding ‘Kristallnacht’ (crystal night), which ironically refers to the litter of broken glass strewn on the streets after the pogrom. The Nazis and their henchmen were on the onslaught as they attacked Jews and destroyed their property in a night of bloody violence and terror, across Germany and Austria. Thousands were affected, several killed; according to some estimates more than one thousand Synagogues and an additional 7,500 Jewish businesses were destroyed. At least thirty thousand Jews were arrested and sent to concentration camps. The violence on the Jews continued unabated the next day, and the following weeks and for several years after that. It was apogrom, the start of a genocide. The sheer hate, brutality and inhumanity that unfolded over the period has been recorded for posterity. Etched in the hearts and minds of all men and women at the end of the Second World War, were those immortal words, “Never Again”. It seemed that the world had learnt a lesson particularly with the promulgation of the ‘Universal Declaration of Human Rights’ in 1948. Ground realities point to something very different: human nature seems to continue to be feeble and fickle. Eighty years down the road, it seems that we have neither the courage nor the capacity to learn from history; that we will continue dishing out flimsy justifications and incredible reasons to legitimatize hate, violence, divisiveness and war.

When will we ever learn that anti-Semitism has no place in this world? The lone gunman that killed eleven members of the ‘Tree of Life’ Synagogue in the United States recently is but an example of the resurgence of anti-Semitism in several parts of the western world today. This needs to be addressed and countered as soon as possible.

When will the Israelis ever learn that Palestinians have a right to their homeland?  Despite the decisions of the United Nations and the outcry by most thinking nations of the world, the Palestinians continue to be at the receiving end of inhuman treatment and hostility from the Israeli regime.

When will the Saudis ever learn that they have no right to continue to destabilize the Middle East? Their intervention in Yemen has resulted in widespread bombing of civilian areas, the deaths of several thousands and a terrible famine all over. The world is aware of the prime movers behind the ISIS- but sadly, everyone else is called out except the Saudis.

When will the US administration ever learn that democracy is about equals? That the core values and vision of any great country are justice, liberty equality and fraternity. That the dignity of the human person is sacrosanct. That agendas and speeches of hate and divisiveness are bound to have negative effects everywhere.

When will the Indian rulers ever learn that India is about diversity and harmony? That the essence of a great country is the constant pursuit of truth and non-violence. That the denigration of the minorities; the instutionalisation of violence, the partisanship in ‘name-changing’, crony capitalism are guaranteed signposts for the destruction of the country

When will the right wing ever learn that inclusiveness is at the heart of people’s development? Be it in the Philippines and Austria, in Brazil and Congo, in Myanmar and in Italy – the ‘official’ xenophobia is bound to have repercussions. A great nation is about building bridges to reach out to one another and not about constructing walls to keep out others.

When will the military industrial complex ever learn that they are responsible for so much suffering all over? The guns lobby, the other producers of weapons, the nuclear club are all having a heyday profiteering from fomenting violence in so many different parts of the world. They have no qualms of conscience when innocent, ordinary citizens have to flee their homes because of violence.

The tragedy is that there are these and too many other ominous signs all over the world today. The ‘Kristallnacht’ of 1938 was not a spontaneous event. There were conditions created: hate speeches given, lies and myths propagated a fear about the ‘other’ slowly but surely entrenched in the majority community. Finally, the demon unleashed itself to an unimaginable level. An objective analysis of the politics of today provides one with the grim reality of very similar indicators.

Sometime in the early sixties Bob Dylan gave us that haunting song, which several folksingers and anti-war protesters like Joan Baez made famous

Yes, 'n' how many times a man must look up

Before he can see the sky?

Yes, 'n' how many ears must one man have

Before he can hear people cry?

Yes, 'n' how many deaths will it take till he knows

That too many people have died?

The answer, my friend, is blowin' in the wind

The answer is blowin' in the wind

Yes, the answer is blowing in the wind – but do we have the courage to learn from history and help make our world a better place for all?