When will the Archdiocese of Mumbai imitate Vatican? Asks Mumbai Laity 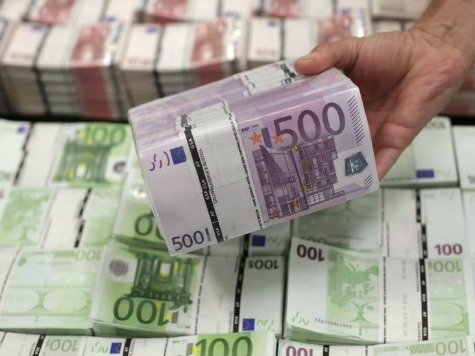 The Laitytude, published from Mumbai, asked this question. Simply because there are no citizens’ media from every Indian Diocese, we do not hear this question from all the Dioceses. Every church Citizen knows that the Diocesan accounts need not be as clear and clean as is generally considered.  Where our fair models are not the Vatican or Pope Francis, things are never going to change in India – Joseph Mattappally, Associate Editor.

Vatican City: The official Financial Statements of the Holy See and the Governorate have been prepared by the Prefecture for Economic Affairs, examined by the Secretariat for the Economy and approved by the Council for the Economy. Net assets increased by 939 million Euro after some adjustments were made. At 25.621 million Euro, the deficit for 2014 is similar to the figure for 2013. Deficits are likely to continue in 2015.

ANDREA TORNIELLI
vatican cityThe Holy See’s Financial Statements for the year 2014 indicate a slightly higher deficit compared to the previous year and foresees that accounts will be in the red in 2015 as well. At the same time, however, the work done by the Secretariat for the Economy led to an increase in net assets of almost one billion and these refer to the capital and property that corresponds to each individual Vatican entity. These were previously not included in the closing balances. This is what emerges from the statement published by the Secretariat for the Economy, which has presented the contents of the Holy See’s and the Governorate’s Financial Statements for 2014. The statements were prepared by the Prefecture for Economic Affairs (a body which is likely going to disappear), examined by the Secretary headed by Cardinal George Pell, the Audit Committee of the Council and the External Revisor and approved by the Council for the Economy in the meeting which took place on Monday 14 July. The statement is purely informative and presents general figures, without delving into great detail.
“It was noted,” the statement reads, “that 2014 was a year of transition to new Financial Management policies based on International Public Sector Accounting Standards (IPSAS). The former accounting principles and consolidation perimeter (comprising 64 Holy See entities) were used in preparation of the 2014 Statements.  Managers were however asked to ensure they had included all assets and liabilities and provide appropriate certification as to completeness and accuracy.  Working with the external auditor, third party confirmation of balances were requested so that, consistent with sound audit practice, amounts could be independently verified.”
“The journey of transition to new policies is progressing well and the Secretariat was pleased to report high levels of interest and cooperation in the entities,” the statement issued by the entity headed by Pell goes on to say.

The Holy See’s Financial Statements for 2014 indicate a deficit of 25.621 M Euro which is similar to the deficit of 24.471 M Euro reported in the previous year’s statements. However, “had the same accounting treatment applied in 2014 been applied in 2013, the 2013 deficit would have been reported as 37.209 M Euro – the improvement in 2014 was largely due to favourable movements in investments held by the Holy See.”

“The main sources of income in 2014, in addition to investments, include the contributions made pursuant to Canon 1271 of the Code of Canon Law (21 M Euro), in other words the sum of money donated to the Pope by bishops, who, as the Code states: “by reason of the bond of unity and charity and according to the resources of their dioceses, bishops are to assist in procuring those means which the Apostolic See needs”.  Another source of income is the contribution made by the Institute of Works of Religion (IOR) (50 M Euro).

“Net Assets,” the statement reads, “increased by 939 M Euro as adjustments were made to include all assets and liabilities in the closing balances for 2014.  For the entities included in the consolidation perimeter, assets previously off the Balance sheet amounted to 1,114 M Euro and liabilities amounted to 222 M Euro.” This is the fruit of a screening which made it possible for funds and activities that were previously only recorded within individual dicasteries and offices, to be included in the balance sheet. Cardinal Pell had spoken about these sums of money in an interview with the Catholic Herald last December.
The Vatican spokesman, Fr. Federico Lombardi had made the following clarification: “It should be noted that Cardinal Pell did not speak of illegal or mismanaged funds, but of funds that were not in the official accounts of the Holy See and Vatican City State, and of the existence of which the Secretariat for the Economy learned in the course of the ongoing process of study and review of the Vatican administrations, in order to achieve a more adequate [and] comprehensive understanding of [matters] with a view to the streamlining of operations.”

The statement published by the Secretariat for the Economy adds that “while the patrimonial situation in the Pension Fund was not reflected in the closing Balance Sheet, it was reported that the new Pension Fund Board will be asked to prepare an updated assessment of the overall situation”.

As in previous years, the most significant expense recorded in the Holy See Financial Statements is the cost of staff (which amounts to 126.6 M Euro). The statements indicate total staffing of 2880 in the 64 Holy See entities included in the consolidation.
The Governorate’s Financial Statements for 2014 indicate a positive “surplus of 63.519 M Euro which is a significant improvement on the 2013 surplus of 33.042 M Euro, largely due to continued strong revenue from the cultural activities (especially the Museums) and favourable movements in investments.  Net Assets increased by 63.5 M Euro and there were no adjustments necessary to include additional assets and liabilities in closing balances for 2014.  The Statements indicate a total staffing in the Governorate of 1930.”
The Council also received an update on the 2015 Budget. “The 2015 Budgets were prepared under the new Financial Management Policies, approved last year by the Holy Father” and “the deficits experienced in recent years are likely to continue in 2015”.

Presenting the statement, the Vatican spokesman, Fr. Lombardi said: “I think that in the future the Financial Statements published will be more detailed, as can be deduced from the reference to the 136 entities included in the Budget submission for 2015. This is the result of a laborious transition which those responsible are still working on. The final goal is one thing, the intermediate steps taken are another.”

In an interview with Italian financial newspaper, Il Sole 24 Ore, Cardinal Pell commented on the statement saying: “The work being done to change Vatican finances and move toward transparency and the adoption of international standards is irreversible; there are still some pockets of resistance but the vast majority of people working in this field are in agreement.” The Australian cardinal revealed that the extra 939 M Euro were found in the accounts of “ten or so” entities. He also confirmed that the Holy See’s Prefecture for Economic Affairs will be gone soon.