What’s it like to play for the Pope? Here’s how one Catholic artist described it 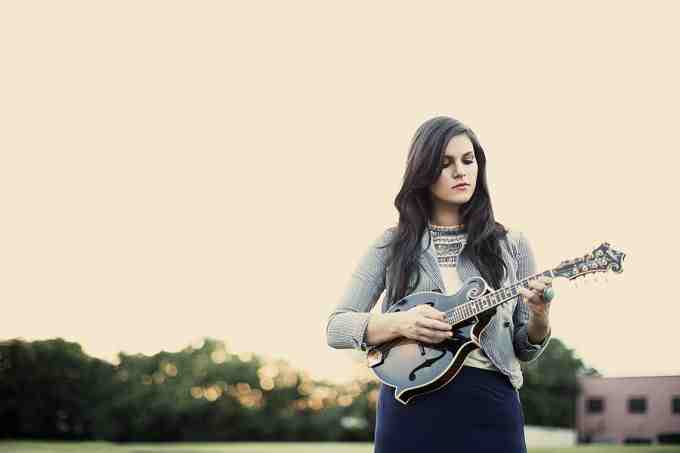 In the pic: Marie Miller, who performed before the Pope at the World Meeting of Families, Sept. 26, 2015. Photo courtesy of Missing Piece Media.

By Matt HadroWashington D.C., Sep 29, 2015 / 04:17 pm (CNA/EWTN News).- Performing for Pope Francis at Saturday’s Festival of Families in Philadelphia was an answer to prayer for musician Marie Miller, but getting a personal thumbs-up from him surely helped confirm it.

“Why did God want me to play when they could have picked somebody that was really popular like the other artists?” she recalled herself asking, in an interview with CNA. Miller was part of a star-studded entertainment lineup that included comedian Jim Gaffigan, rock band The Fray, and “Queen of Soul” Aretha Franklin.

The answer was that she is a passionate young Catholic, like so many present in the audience at the Festival of Families.

Miller is the third of ten children and hails from the Shenandoah Valley in Virginia. She plays guitar, mandolin, and piano, writes her own music – a blend of pop and folk – and has been singing since age 7. She’s been writing and performing full-time for five years now.

“I read John Paul II’s ‘Letter to Artists’ where he talks about how beauty is a call to transcendence,” she explained in an earlier interview with CNA, “so for me that was the reason why I decided to do music full-time again, because I wanted to find my way of leading people to God.”

Miller submitted her resumé to the World Meeting of Families expecting at best a modest slot to perform sometime during the week-long event. The promoter for Saturday’s Festival of Families – the keynote entertainment for the week with the Pope himself present – heard her song on SiriusXM radio, recalled her resumé, and invited her to perform for the Pope.

“I was blown away. It really was a miracle.”

She had prayed for a “confirmation” that she was meant to stay in the music industry, and considers this a “pretty good one.”

The day of the festival, Miller was admittedly nervous about going onstage in front of thousands and playing for the Holy Father. Time was passing quickly in a “pretty hectic and crazy” day, she recalled.

She was able to calm down in the last half hour before her performance, hanging out with her older brother and sister in the dressing room backstage and greeting Catholic celebrities such as actor Jim Caviezel and Jim Gaffigan. An aide for classical tenor Andrea Bocelli made her a cappuccino and she was able to pray and meditate before taking the stage.

Her backstage neighbors might be famous, but Miller was “really impressed” by how they were able to “put celebrity aside” for the Pope, having reverence for his presence.

Then it was time for her to take the stage.

Two artists she often performs with accompanied her – guitarist Kenny Kohlhaas from Virginia and fiddler Stephen Rees of L’Angelus.

She played her two hit songs “6’2” and “You’re Not Alone,” which is about accompanying a friend who is suffering. Originally she did not have the stage time to perform the latter song but she e-mailed the head of the festival and begged to play it.

She insisted the song reflects closely on what the World Meeting of Families was about. “It’s about community and it’s about us being here for each other,” she said.

To her surprise, the organizers gave her the green light. “That was really, really special and a song I really wanted Pope Francis to hear,” she said.

Then her time was up and as she left the stage Pope Francis flashed her a thumbs-up sign – which she missed in the moment.

“I think he liked it,” she said. “I was hoping that he liked the fiddle and the mandolin and the bluegrassy kind of thing … I think it was good.”

She was able to attend the papal mass on Sunday and reflect on the Pope’s words on the family, which were especially moving given that many of her tight-knit, big Catholic family was present at the event.

Her favorite line was from the Pope’s prepared remarks for the festival, that “God’s dream does not change; it remains intact and it invites us to work for a society which supports families.”

Earlier in the Pope’s written remarks, the text read that “to want to form a family is to resolve to be a part of God’s dream, to choose to dream with him, to want to build with him, to join him in this saga of building a world where no one will feel alone, unwanted or homeless.”

As a poet, singer and songwriter who “dreams” – as well as a member of a large Catholic family – that line “really just struck my heart,” she said.

“I’ve been so blessed to have an incredible, incredible family,” she added. “Nine siblings and two parents that love each other so well. So I know from personal experience when the family is working together is that miracles can happen. And that is the best way for the Gospel to be spread is when families are loving each other.”

The entire experience was a “great gift” and an answer to prayer, she said, and "will always be in a very special place in my memory."